With sound knowledge of personal finance, debt, charity and social inequality, these students are learning a recipe for positive social change as early as possible.

It’s well documented and well supported that children who learn financial literacy skills in school have better outcomes in later life. Even a basic concept like saving, introduced early, can have a profound effect on someone’s ability to manage their finances and avoid debt once they reach adulthood. Which is why there’s a burgeoning movement in New Zealand to amend the conventional school curriculum to include financial literacy courses.

Banqer is at the forefront of this movement. Launched in 2015, the social enterprise offers financial literacy courses to primary and high school students alongside their regular school curriculum. Kiwibank saw the huge potential in the start-up and formed a partnership to back the ambitious Banqer team.

“As a bank committed to making Kiwi better off, we know one of the most important things that we can do is ensure that kids are set up for a secure financial future by having access to quality financial education. That’s why we’re proud of the impact that Banqer is having for our tamariki,” says Julia Jackson, head of sustainability at Kiwibank.

To date, Kiwibank has supported Banqer to reach over 150,000 students across Aotearoa, teaching everything from income and expenses, tax and interest, real estate and transport and even the process of applying for a job.

The bulk of Banqer’s courses are delivered via a virtual platform on which students become familiar and proficient with financial concepts that every adult inevitably encounters. In fact, the platform is proving so popular it saw early signups from proactive teachers, even before the 2021 school year began.

The popularity is in part driven by the value of financial literacy in wider society, and how the in-class tools the students learn are often picked up by family members, friends and other members of the community, inspiring a wider network to become engaged.

Banqer co-founder Kendall Flutey says the social impact of financial literacy has been illuminated by Covid-19 and the long shadow it has cast on so many people’s finances. In April 2020, when the first lockdown closed the borders and businesses across the country, it seemed as though the livelihoods of millions of people were at stake. Flutey says it’s that uncertainty which has precipitated early sign-ups and engagement from teachers and students.

“Personal finance and financial education is so relevant right now,” she says. “The climate we’re in is so unique and we’ve got this larger cohort of Kiwi navigating uncertainty.

“So I think people are trying to be productive as they come out of that period. Or they’re looking to the younger generations to ensure they don’t have to endure that uncertainty in the future.”

With lockdowns and rises in alert levels continuing in 2021, it’s clear that the interest in financial literacy isn’t just a passing fancy. The more the country is rocked by periods of economic instability, the more people will look to secure their finances.

But while Banqer’s framework is built on personal finance tools, it also teaches students that the financial wellbeing of the collective is just as important as the individual. Banqer’s charitable giving module is one of the most popular on the platform; on it there are 42,531 students who have donated via charitable giving. This idea mirrors a trend being seen in wider New Zealand society, where many financial institutions and corporations are expanding their outlook beyond self-serving policies to prioritise also community impact and social wellbeing, values typically found in Tikanga Māori. 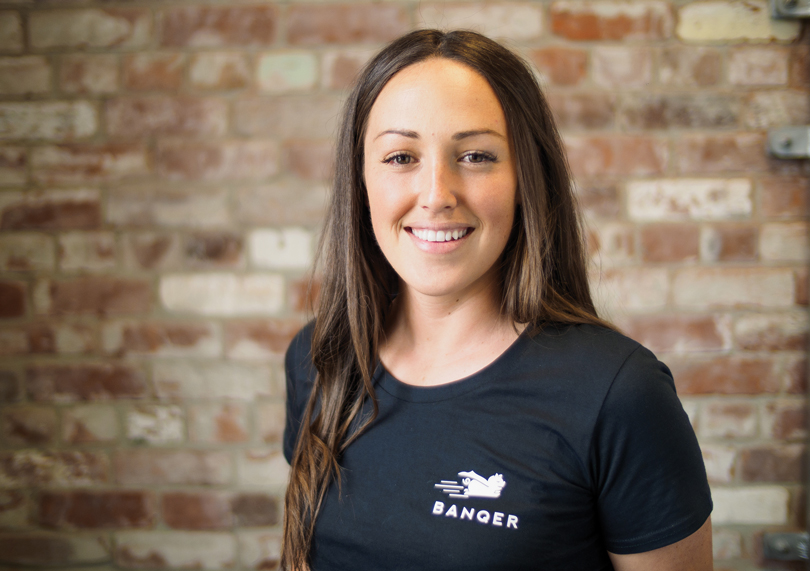 With Banqer, Flutey says one of the most telling results of this perspective is the students’ appreciation of the value of money and the efforts of those in their lives who provide it.

“I think what stands out to me is probably financial gratitude,” she says. “A teacher was telling me about how one of these students had this realisation of how much her mum sacrifices. This was an 11-year-old kid, and she went home that night and made her mum a cup of tea as a way of thanking her.

“We get stories of kids doing more at home or, thinking of ways they can contribute to the community, donating old toys or working on a vege garden. I think it just opens their minds to the fact that finances affect everyone and actually we should be doing what we’re doing not only for our own financial wellbeing but for those who are potentially disadvantaged in our community.”

But it’s not just the students that are removed from financial or material wealth that are benefitting from the course – every student, no matter their background, profits immensely from developing an understanding of the true value of money.

“Some more advantaged kids or those with better economic backgrounds just don’t understand that actually things cost quite a lot, because things are kind of made available to them whenever they’ve asked for them. So it’s really broad, the demographic we work with and the impact that has on them.”

It’s not just the kids who are enthusiastic about the platform. Kate Gilchrist, a year 10 teacher at Lincoln High School in Christchurch, says parents are becoming increasingly aware of the importance of financial literacy, and are engaging with their kids throughout the Banqer experience. Often it’s because parents realise that there were never any courses available when they were young and only learned about personal finance the hard way once they were adults.

“It’s opened up a sort of dialogue about the kids taking more ownership,” says Gilchrist, who has been teaching her year 10 students everything from Kiwisaver, IRD numbers, home ownership and loans on Banqer during three financial literacy periods a week. 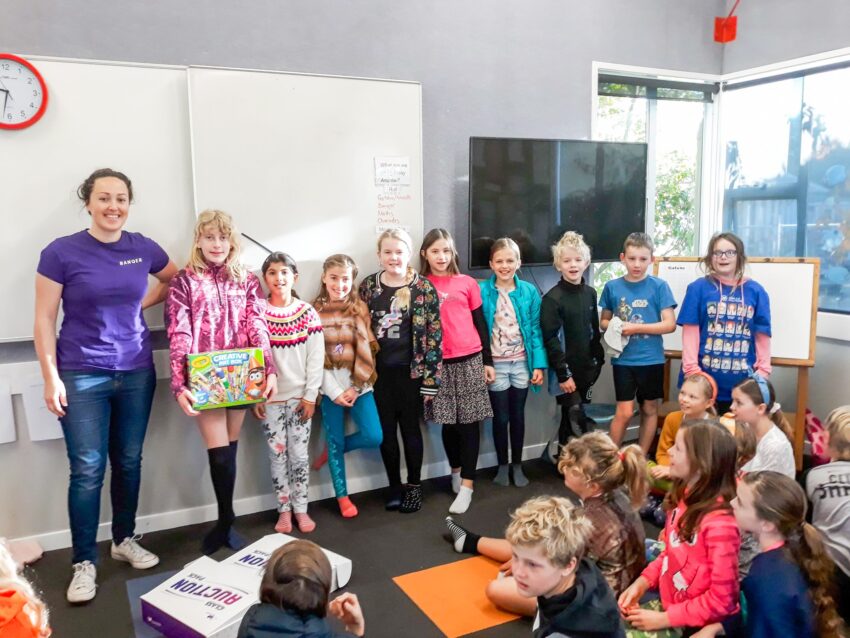 While the students benefit from immersing in an interactive world during class time, where they can directly put what they’ve learned into practice, Gilchrist says the engagement often continues outside school time, with kids continuing to monitor their “job streaks”, which allows them to gradually move up and collect more virtual money.

“I had kids on camp, which is quite remote, and they all go to one internet spot so that they could check into their jobs on their phones. One boy was in the Marlborough Sounds and he made his dad drive him out to a certain point in his boat to make sure he could still check into his job over the holidays.

“Some of them are reading more into it out of class as well, and picking stuff up on the news or whatever. They see that this relates to that, or, ‘we saw on Facebook that the interest rate is really low’. The word has just got out – they’re getting an understanding of actually what’s happening in the world around them.”

So what are the skills that have the biggest impact on students’ understanding of money and how it affects their community? Kendall Flutey says one of the most effective ideas that tends to be a “light bulb moment” for kids is the concept of compounding interest, and how it can be understood to avoid debt, both for them and their loved ones. In times of financial hardship, many people turn to accessible payday loans, which creates a suffocating spiral of debt. The awareness of compounding interest teaches kids just how dangerous debt can be.

“This is an awesome one, because it has so much educational richness. When the kids first learn about interest, they often learn about it from a savings perspective. And when they see it happening over time, a lot of them think it’s magic.

“But then you flip the coin as well, and you start talking about the way owing interest can create a spiral. I think those two in tandem are a huge light bulb moment for the kids, because they’re not only aspirational with their savings, but they’re also cautious in the way they engage with debt.”

The students are equipped with an accessible way to understand how they can earn money from their savings, but also a vigilance about the crippling cost of high interest borrowing. Couple this with an awareness about the disparities of society, the efforts people go to make ends meet and take care of those around them, and a desire to share or use knowledge for the wellbeing of the collective, and you’ve got the perfect recipe for positive social change instilled at a young age.

“We’re not only looking at ‘how can I educate you so that you can have the outcomes as an individual?’, but – and this sounds cheesy – we’re asking ‘how can we all thrive?’” Flutey says.

“Because it doesn’t actually have to be a zero sum game. We can all get ahead together.”

Click here to learn more about the Kiwibank & Banqer Partnership and how you can get involved.