A suburban ratepayers revolt against the rates and debt hikes needed for affordable apartments and pedestrian-friendly CBDs could wreck the government’s carbon zero and housing affordability plans before they’re off the drawing boards.

It suddenly dawned on me one hour into an unusually fractious council meeting in the Auckland Town Hall’s old council chambers on February 24, 2016: this was where the future would be decided. This was where the big fights and clashes of the rest of our political lives would happen. In the drab, grey rooms of councils up and down the land, where the minutiae and zoning changes and long term plan changes would drone on into the night and set the future in stone, street by street, pipe to pipe and bus stop after bus stop. There would be no highly-charged conscience or confidence votes or grand speeches about climate emergencies or the future of the nation’s finances.

It was a chilling realisation. In that moment, I could see the future would be decided by mostly older, whiter and richer property owners living in leafy suburbs or on lifestyle blocks, with two or three cars in big garages, who expected to drive everywhere in their SUVs and double-cab utes. And they would have to vote against their own interests and aspirations for backyard suburban living and smoothly-flowing motorways if we were all to have a viable future. The poor, young and mostly Māori, Pasifika and migrant tenants who we all wanted and needed to have affordable, safe, fulfilling lives would not get the communities and pathways and homes they needed.

All because of a yawning democratic deficit that looms much larger over our political landscape when the key decisions needed to solve climate change and affordable housing would be made in council chambers, not in cabinet rooms or in parliament.

The exact moment came when I watched Flora Apulu sit down in front of the microphone and start talking. Nervously and hesitantly at first, and then with a clarity and directness that electrified the room.

I was sitting at the media table with a bunch of old hacks off to the side, leaning in to hear her quiet words over the hubbub of pensioners and blue ringers from the eastern and northern suburbs around us, who at times tried to shout her down.

Apulu, a member of the council’s youth advisory panel, pleaded for her future, and for those living and growing up around her who wanted to make Auckland their home, particularly in south and west Auckland. Mainly, she was asking this lineup of old leafies – people who live in leafy suburbs – to change the zoning of Auckland’s suburbs to allow more higher density apartments that she might be able to afford. This was the great Unitary Plan debate of early 2016. She could just as easily be asking for roads into town to be turned into bus lanes, cycleways or pedestrian areas. She could have been asking for a car-free CBD and investment in water and community infrastructure that allowed her and her family to live, work and play within walking and cycling distance.

Apulu had to raise her voice to be heard over the shouts from the back of the room about the evils of developers and apartments. One of those opposed to the Unitary Plan even told her to go back to the “welfare suburbs” and stop trying to rezone the suburbs of Remuera and Mt Eden for apartments.

It was chilling and enraging. This was the future. This was where the generations of the future would have to fight for an affordable home and a liveable planet. This was going be the scene of fight after fight, a type of political hand-to-hand combat would happen, and future generations would have to do it with both hands tied behind their backs.

Apulu asked for the council to support the Unitary Plan’s moves towards densification. She was jeered by the rich old leafies at the back. The councillors in front of her were more polite, but just as definite with their votes. Five hours later, the Unitary Plan was rejected by 13 votes to 8. Flora Apulu had lost.

Although she did get something a reprieve. Eventually, the then National government forced its conservative fellow travellers on the council to accept a watered-down version of the plan that spared the leafiest suburbs around the CBD, but did rezone most of the isthmus of Auckland.

It was a skirmish, but one that was a preview of the future. 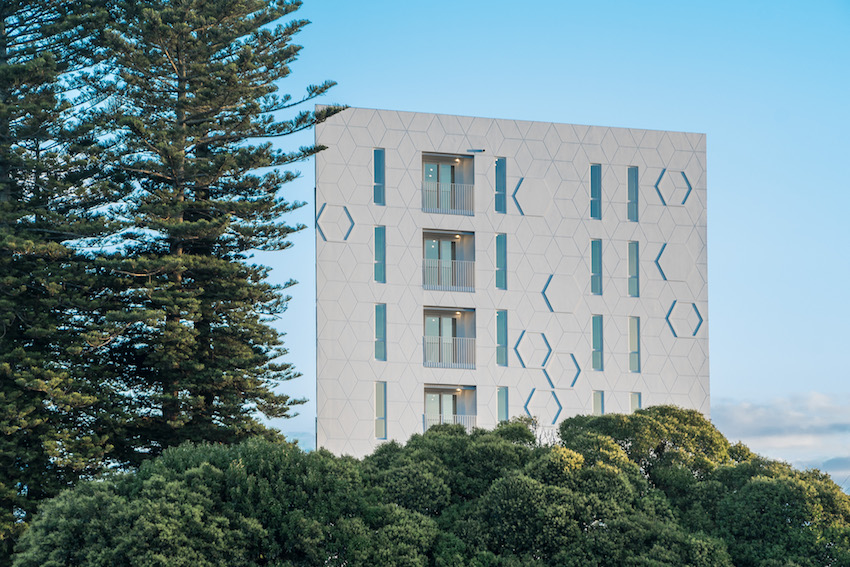 When they opened in 2018, Ockham’s Daisy Apartments in Mt Eden caused controversy because they doesn’t provide carparks for residents, But this is just the sort of development that Auckland needs more of.

Councillors and mayors are now the most important politicians in the land, not the prime minister, the cabinet or even MPs. That’s because local government will be where the battles for affordable medium density houses, and pedestrian and cycling-friendly inner cities, are fought street-by-street and house-by-house in the years to come.

The Beehive and parliament may believe they can order the changes needed to get to carbon zero by 2050 and to get more affordable apartments and townhouses built, but those hopes could easily be dashed by a ratepayer revolt from the suburbs next year.

Councils are proposing rates and debt hikes multiples higher than inflation to fix infrastructure and housing deficits. Older ratepayers in the leafy suburbs are set to unleash revolts at next year’s elections that could sweep away the fresh crop of idealistic, young and diverse councillors elected in 2019 to address housing and climate change.

This backlash from the suburbs would also cripple the government’s big push for housing densification, which both sides of politics see as the ultimate solution for affordability in the long run. The older, suburban home owners voting against higher rates and debt would also scupper the public transport, cycling and pedestrian-friendly infrastructure needed to reduce carbon emissions from cars, SUVs, double-cab utes and houses.

That’s because over 80% of Pākehā home owners in the big cities vote in council elections, while only 20-30% of younger, Māori, Pasifika and migrant renters vote. A larger crop of younger and more diverse councillors, many inspired by the Unitary Plan fight of 2016, were elected in 2019. They have been pushing, with some success, for the sorts of public transport and affordable housing-friendly policies and investments that might solve these problems. The central government is cheering them on and trying to help them with the national policy statement on urban development that is forcing councils to adopt Unitary Plan-style policies in favour of densification.

But the costs are mounting and the pressure is building from the suburbs. The effect of Covid lockdowns on parking and consenting fees, along with the infrastructure costs of adjusting for housing growth and climate change, is forcing many councils to adopt rates increases in their long term plans that are multiples of inflation elsewhere. There are also big increases in borrowing.

Many are up against the debt limits set for them by the Wellington-based Local Government Funding Agency. The revolts are brewing. Christchurch’s council has already revolted against what it describes as “Auckland rules’”on densification. Wellington saw a skirmish over cycle lanes last month that split the Green councillors between those from the suburbs worried about debt and the young ones wanting buses and pipes and houses.

The activists for low rates increases and stopping the conversion of car lanes into cycleways are getting traction in the suburbs. Auckland’s preview of the 2022 elections was that meeting in February 2016. Wellington’s fights have been around the Island Bay cycleway and are about to be around a proposal for a car-free CBD by 2025. Councillors in Christchurch are already moving to a low-rates ticket.

The elections in late 2022 will be the obvious vehicle for a backlash.

Better get ready. This is where the real climate change and housing fights will be decided.