Many of the world’s top business figures claim they’ve had an ethical epiphany – but one that won’t stop them continuing to make huge profits. Bernard Hickey, who worked among some of these ‘masters of the universe’ for years, has some doubts.

It’s a phrase I recall whenever a very well-paid CEO or director or fund manager tells me that their motives and way of doing things have changed. Trust us, they say, we can fix things from within. We can invest our money and report our results in a way to reduce climate emissions, employ more diversely, stop human slavery and clean the environment. It all makes sense, they say, because taking a long-term approach that looks after everyone, including shareholders, workers, consumers and the wider community, is actually better financially.

That’s when I remind myself what the culture of these masters of the universe is actually like.

I worked among them in London as a mergers and acquisitions reporter for Reuters through the boom and bust of 1999 to 2001. My job was to get to know the investment bankers and fund managers from the likes of Goldman Sachs, Lehman Bros, Merill Lynch, Prudential and Fidelity. I had to win their confidence and buy them beer and coffee so they would tell me when and how they were about to execute or contest or arrange a multi-billion dollar takeover or merger.

These masters of the universe (as described first and best by novelist Tom Wolfe in Bonfire of the Vanities) were often fascinating people and could be fun to be around. They were usually brightest guys and gals in the room and were selected for their charm, their drive, their ruthlessness and their ability to outwork their rivals. That meant they were on-call 24-7 over multiple time zones. Back in 1999, they were the people Blackberries (remember them?) were invented for. Traders operate in the pit at the London Metal Exchange in central London, 21 September 2007. (Photo: SHAUN CURRY/AFP via Getty Images)

I remember one particular evening when an investment banking contact and I were leaving a pub in the West End around 10pm on a weekday evening. He had just paid for the awful English beer and crisps because I knew his Christmas bonuses alone were worth 20 times my annual salary. I also knew his investment bank would probably book US$55m in fees on the deal he was managing and we were gossiping about. His deal bonus would be well into seven figures.

He had just spent the last half hour explaining why merging two banks was a good idea: it would allow the banks to “shed” 2,000 staff and ramp up profit margins in a way that massively increased shareholder value. In actuality, the deal cost 3,000 jobs, destroyed over US$1.5b in shareholder value when aggravated customers fled to other banks, and led eight years later during the global financial crisis to the bank being bailed out by the British government.

At that moment, as he was explaining how clever the deal was and why it was needed, his phone went mad, binging and buzzing repeatedly and simultaneously. This was back when getting this was unusual. It was his New York office: one of the players in the multi-party bid situation had just decided to back one side or the other in an announcement at 5pm Eastern Time.

As I watched him wheel out onto the footpath to take the call, I saw six or seven other similarly smooth and rich white men stumble in dribs and drabs out of a West End theatre across the road, no doubt to answer the same calls from their bosses in New York. It was well before the final curtain in the play they’d been watching. My sharp-suited mate waved at his rivals across the street and they waved back as they strategised and charmed with their colleagues across the Atlantic.

I said my goodbyes and tried to make mental notes of who was who across the road, but at that moment I realised I was not like them. And I did not like them. They didn’t care one jot about the carnage they were about to unleash, or the risks they were taking with other people’s money, and that the bonuses due to be paid to them within weeks would ultimately be paid for with the taxes paid by ordinary British workers or the inflated mortgage rates of British, American and European borrowers. 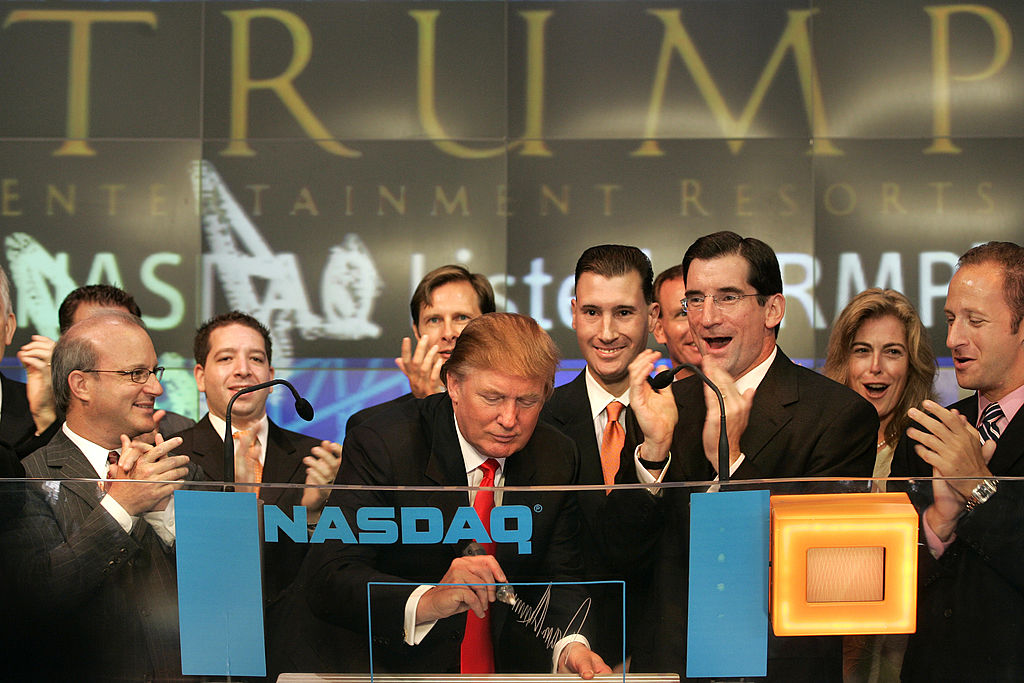 These masters of the universe only cared about one thing: themselves making as much money off the backs of others and the futures of others as fast as possible. It worked for them. They were long gone to their villas and vineyards in France and Italy by the time the global financial crisis forced these banks to be bailed out. They were never convicted or disgraced. They bounced on to new jobs elsewhere, or were rich enough to transition into “real” jobs as CFOs and CEOs running the companies they had engineered and butchered.

Groomed by their similarly wealthy parents and educated at Harvard and Yale and Stanford and Oxford and Cambridge, they felt this was their destiny. Their right. And not only was it their right, but it was right for everyone because it was the era after the fall of the Berlin Wall. After unfettered and unleashed global capitalism had proved itself superior to the other ways of running societies and economies. They believed then, as did most around them, that they were creating wealth for everyone and it could continue for ever.

The GFC broke those illusions and the only reason the whole shebang didn’t blow up in everyone’s face was those bankers got bailed out by taxpayers in Britain, the United States and Europe. And then central bankers gave them an extra hand up by printing US$11t in the next eight years to buy the bonds that investment banks and pension funds were holding. Those masters of the universe actually got much, much richer in the aftermath of the GFC.

Yet nothing much changed. Some of them started to understand this system was ultimately extractive and served only to concentrate wealth the hands of an ever-smaller number of people, while imposing costs on the rest of society, now and in the future. These “externalities” were both financial and physical. The climate crisis is the best example, but the same could be said for the housing crises tearing through the developed world.

Now there are many in this high-end world of investment banking and funds management and sovereign wealth funds who say they understand the system is broken and they want to reform it from within. They all tell each other this while schmoozing at Davos, in between sponsored champagne and canapes, and before an all-expenses-paid skiing holiday, staying in 1,000 euro a night rooms paid for by shareholders and taxpayers.

So-called sustainable investing funds have grown 50% to US$35t in the last four years and are now close to a third of the total funds invested globally. Responsible investment funds rose 28% to A$142b in Australasia last year.

There have been some notable victories. The Engine No 1 fund mobilised a bunch of fund managers earlier this year to get a couple of climate-friendly directors onto the board of Exxon Mobil. Just this week Chevron, another oil major, announced it would triple its renewable investment projects to US$10b over the next seven years, although it stopped short of pledging to be carbon neutral by 2050.

Many are hopeful a combination of tougher regulation of insurers, bankers and sovereign wealth funds will force reform from the inside.

That’s the topic of this week’s episode of When the Facts Change. I talk to Matt Whineray, the CEO of the NZ Super Fund, which has led the sustainable investing movement in Australia, and Barry Coates, the founder and CEO of Mindful Money, a tool for KiwiSaver investors to screen for ethical funds.

They both acknowledge the danger of greenwashing, but are hopeful ESG investing can deliver real change. Coates believes that proper government regulation and intervention will still be required, but Whineray is rightly proud of the NZ Super Fund’s responsible investing stance, and the performance it has delivered.

The NZ Super Fund reported its best ever annual return this week. Its fund grew $15b in value to $59.8b in the last year, delivering a return of 29.63%. It did so well that it paid $2.3b of tax back to the government on its income from dividends and capital gains, more than offsetting the $2.1b of contributions from the government over the last year. Over the years since its foundation in 2003, the fund has grown to $59.8b with net contributions from taxpayers of just $12.4b.

Responsible investing is actually the most profitable type, particularly when done over the long run.

But I can’t help thinking that the pressure needs to stay on the masters of the universe, because in the end absolute and huge power eventually corrupts those who have it and regulate it, and that culture usually beats the strategy of trying to reform thyself.