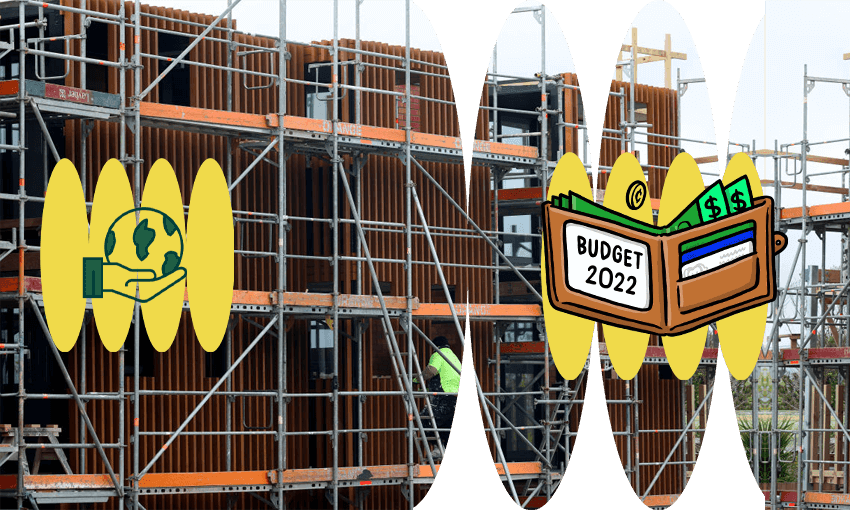 The economy could well shrink in the near term, interest rates keep going up and supply chain shortages aren’t disappearing any time soon. But the budget’s focus on the long term is praise-worthy, experts say.

Inflation is at a 30-year high, living costs are on the rise, and supply chain woes and labour shortages are pushing business expenses up. At the same time, the long-term game of building good-quality roads, hospitals and train tracks, and addressing climate change, demand immediate investment. Today’s situation requires short-term relief and future-proofed thinking.

It’s in that context that finance minister Grant Robertson delivered his fourth “wellbeing” budget. Titled “A Secure Future”, the budget came in at $5.9bn – a smidge under the $6bn annual operating spend he had at his disposal – and among the announcements were:

The budget wouldn’t change the outlook for the economy, house prices or interest rates, said economist Tony Alexander. “It’s not going to address the shortages of staff, which people are facing; it’s not going to alter the ‘brain drain’.” On the other hand, he liked the government’s focus on the future. “That would be the big outtake – the long-term infrastructure, health, climate change focus. These are very positive things.”

As much as the government has increased the net debt ceiling to 30% of GDP, Treasury has forecast the ratio would peak at a shade under 20% in 2024 before gradually declining. Alexander, a former chief economist at BNZ, said the government wasn’t undertaking a “spending splurge, which will either blow out debt or necessitate tax increases. You couldn’t say that they’ve been profligate with the money.”

While the government could always address short-term issues – the economist pointed to the billions of dollars of fiscal stimulus the government spent to shore up jobs and livelihoods as the pandemic hit New Zealand’s shores – if it had tried to insulate people “aggressively” from rising living costs, it would have made the Reserve Bank’s job of controlling inflation more difficult, he said. “Extra fiscal loosening now would have necessitated more monetary policy tightening.”

Accompanying the budget were the Treasury’s forecasts, and Alexander said they told the story of a deteriorating economy. Treasury had previously forecast the economy would expand 2.2% by mid-2024; it’s now 0.7% – an estimate that was consistent with what private-sector economists were expecting. Treasury also expected inflation to ease to normal levels of 1-3% by the middle of the decade, wages should rise 6.3% by the end of 2023 and a budget surplus should arrive in 2024/25.

Alexander said a “big game-changer” housing policy was lacking, although that was “realistic” to expect. It didn’t matter what policies the government crafted to incentivise more construction as there was a shortage of readily developable land, infrastructure, materials and staff. “The resources simply aren’t there. You’d be simply banging your head against a brick wall,” he said. The finance minister announced that price caps on eligibility for first home grants would be increased in many parts of the country, for both existing and new builds. A new programme was also announced to support the development of new affordable homes for low-to-moderate-income whānau.

Property Council head of advocacy Katherine Wilson said while the budget would benefit the average voter, little of significance related to the property sector. The property industry lobby group was “once again” disappointed to see the government hadn’t unlocked the build-to-rent sector for the private market. “It is almost inconceivable that the government has overlooked ‘quick wins’ in terms of legislative changes that could open up” the market, said Wilson. Earlier this week, the council calculated that just over 1,000 homes could have been completed or in the pipeline for the month of May had the government acted earlier in “unleashing” build-to-rents. As a result, some 2,706 New Zealanders have missed out.

Other reactions posed the question of how far and fast could the government execute its reform agenda. Deloitte chief executive Mike Horne said the budget provided insights on what levers the government was willing to pull to achieve a prosperous Aotearoa. But questions remained over the breadth and speed of its agenda. “The government will be under particular scrutiny about whether value for money is being delivered from their reform agenda and climate objectives,” he said. “Direction and intent is one thing but execution is ultimately what will drive the scorecard.”

An investment fund worth $100m over the next year providing small and medium-sized enterprises with access to finance was a nice-to-see. Horne explained the scheme effectively meant the government would take minority stakes in qualifying businesses and seats at their board tables. “The challenge will be ensuring that the investment can be delivered in a robust, responsible and timely manner and that process and regulation do not become overbearing barriers to access,” he cautioned.

While acknowledging the need for spending to account for wider inflationary consequences, the government had shown a desire to keep pushing on with healthcare and other reforms. Horne said: “How inflationary these are likely to be will depend on how quickly the investment gets rolled out, especially with much of the funding directed into areas of the economy that are already facing capacity constraints.”