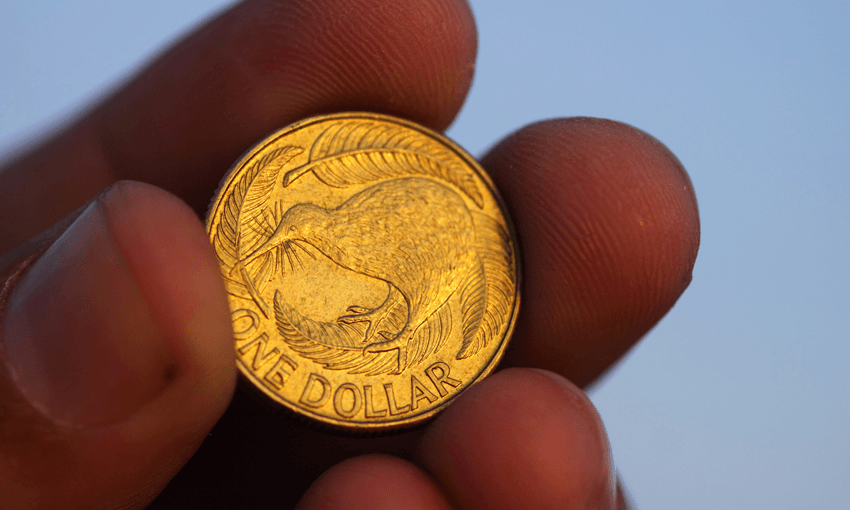 Sold for a buck: Why Stuff and other huge businesses change hands for $1

When Stuff’s parent company Nine sold up in a management buyout, the sale price for the whole business was $1. So what does it actually mean when businesses are sold for a buck?

When local media giant Stuff was sold earlier this week to CEO Sinead Boucher, one of the biggest talking points was the price. After all, on paper the whole company cost less than what you’d pay for a copy of one of their newspapers.

Outgoing parent company Nine was never the most interested owner of Stuff. Nine picked it up in the first place almost by accident, and have spent pretty much its entire period of ownership looking for a way to get rid of it. That’s not necessarily because Stuff is a bad organisation, or unviable as a business – Nine just didn’t have much interest in owning a New Zealand media company.

So why do businesses sell for a dollar? And what is actually tied up in that sale?

First of all, for a contract to be signed, there has to be some sort of exchange – hence the need for a nominal price tag. According to Ivan Tava, business broker at Divest, “the dollar component is only there to fulfil the requirements of a legal contract. There’s six elements of contracts that are required, and consideration is one of them – so some amount of money must change hands.”

“It makes a sexy headline, and it’s all very interesting, but it’s really just someone rubber-stamping the requirements,” he added.

Why not two dollars, or even a nice round hundred? You could still express the sale with a single piece of currency, and couldn’t anyone walk in off the street and slap it down on the reception desk?

Unfortunately, such a sale probably wouldn’t meet due diligence requirements, said Tava. There are far wider and more important considerations than the nominal price paid.

“The vendor and any financial backer would have to be satisfied that the purchaser could operate the business successfully enough to meet its operational commitments and pay down any outstanding debt,” said Tava.

“There’s going to have to be a lot of standing contracts, that people are happy to assign.” Tava cited the assignment of leases as an example, which “all manner of people would have to be happy with”. He also speculated that financial backing would likely have to be in place behind any bid. “Whoever steps up, thinking about it from the vendor’s point of view, those people would have to be satisfied that the buyers would be able to manage. That would be the biggest barrier to someone coming up with $2.”

Clearly, Nine had to be getting something worthwhile out of the deal, and one thing Boucher could offer was to take Stuff’s various liabilities off its hands. There are costs of operating for any business, and sometimes bearing those costs can end up dragging a parent company down. Nine will also be keeping ownership of the printing presses used by Stuff, and will lease them back, so there will be ongoing revenue for Nine if the buyer stays viable.

At the last time of asking, Stuff was moderately profitable, posting a $5.5m profit for the year ending June 2019, out of revenues of $269m. But importantly, those revenues were moving in the wrong direction, which means that in the coming years Nine may have found itself having to eat costs for a business it didn’t want in the first place.

While Forsyth Barr business analyst Matt Henry said he didn’t know the exact details of Stuff’s balance sheet, he said the sale “doesn’t exactly highlight a positive view, does it?”.

“Essentially what they’re doing is passing over the business as a going concern, with all the liabilities, present and future,” said Henry. “Often you might see it in a situation where there are existing facilities that need to be cleaned up or shut down, or there are supplier costs or redundancies that you have to bear. So there’s a whole lot of bits and pieces that come into the determining value that sit outside the notional dollar.”

Incidentally, the $1 price tag was also the one given by Bauer when it offered to sell its New Zealand magazine stable to the government. And it was the price offered to Nine by rival NZ publishers NZME for Stuff, in a hardball tactic after merger negotiations stalled.

Henry says this is indicative of where the media is at right now: companies might be able to continue operating but the days of big profits are long gone. “When you sit back more broadly, clearly this is a business where the whole industry is challenged. It reflects that environment, both structurally and cyclically with Covid-19.”

But it is important to stress that a $1 business sale isn’t necessarily a signal that the business is screwed. In fact, there have been some famous examples of such sales eventually paying off handsomely. For example, Chelsea Football Club was sold for a pound in 1982, before being sold again to Russian oligarch Roman Abramovich for $140 million two decades later.

Stuff managing such a meteoric financial recovery is deeply unlikely. But the sale taking place as a management buyout to a former journalist like Boucher suggests one other important point. Providing costs continue to be covered, the focus of the business can now be turned more fully towards producing the news, rather than producing profits.