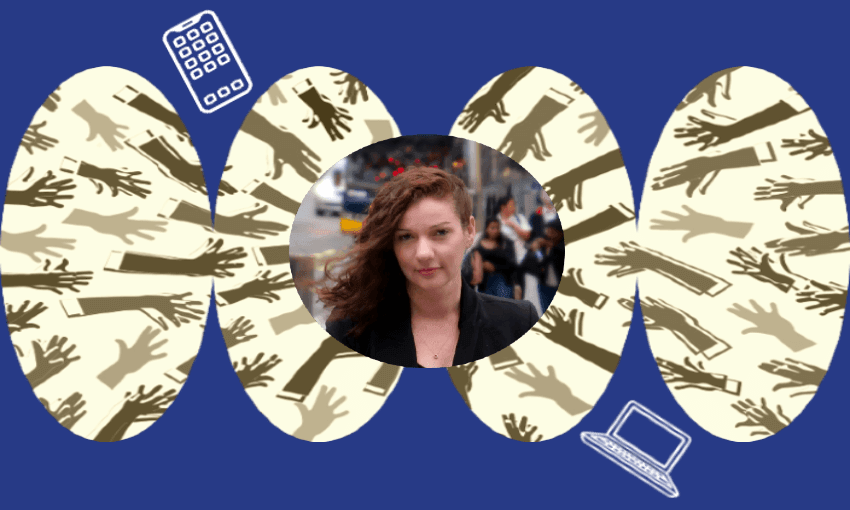 How Joyous is deliberately building a more diverse tech company

For a sector driving much of society’s development, tech struggles to reflect the diverse communities it serves. Joyous co-CEO Ruby Kolesky wants to help more women, Māori and Pasifika people, plus non-university grads, into the industry.

Like many industries in Aotearoa, technology looks white and male. Only a quarter of women, and less than 7% of Māori and Pasifika people, make up the workforce driving so much of society’s interconnectedness. At the same time, the sector is facing a hiring shortage: New Zealand has about 115,000 people in tech positions, and needs between 4,000 and 5,000 new digital technology workers each year. But the country has been relying on highly skilled immigrants, which has meant local pipelines of talent are drying up – fewer high schoolers are studying NCEA technology standards and fewer are enrolling in university courses.

The talent shortage could disappear if one out of every four tech workers helped someone else make the shift each year, says Ruby Kolesky, the co-chief executive of Auckland-based software startup Joyous, a technology platform for large organisations to funnel feedback between frontline workers and leaders on anything from operational issues to workplace culture. And gender diversity would improve 3% year-on-year if all those who switched to tech were women. “On that basis, it would take six or seven years to get much closer to 50:50,” she says.

But how do you get there when hiring minorities is in such a bad state? Pitching students a career in technology could be an answer – the six-figure salaries, the chance to climb the ranks quickly and the ability to work in stimulating, fast-moving environments are attractive enough. But Kolesky learned that approach was part of the problem as progress was piecemeal and tied to companies improving their own quotas. Instead, all she had to do as a first step was gather everyone and everything in the sector in one handy place.

Thus, Pathways was born – a guide to help get minorities into paid software technology roles in six months to a year, without needing a degree first. For the better part of a year, Kolesky has worked on the project together with Joyous’s product manager, Laura-Jane Booker. It’s a handbook speaking to multiple audiences – it’s an advertisement of the sector’s perks, a drumming up of much-needed interest. It’s an easy-to-understand blueprint for minorities setting out pragmatic considerations, such as which roles they should pursue, what equipment and resources they might need, which non-university short courses are available and where they can get funding, and how they can land an internship, then an entry-level role. And the guide presents stories from eight women working at Joyous, a chance to ensure women and people of colour can see themselves as software engineers, data scientists and quality assurance analysts.

As for technology organisations, Joyous asks them to shift their mindset and expand their internship programmes to cover people who may have trained in different industries or who might not have studied technology at university. Having hired people for Joyous, Kolesky says taking on solely university graduates fosters a perception that others need to accrue tens of thousands of dollars in student debt to be taken seriously. But that’s not necessary, especially where non-tertiary organisations are offering practical short courses from which more and more tech companies are hiring, she says. “If they go and do the degrees, there’s a three, four-year waiting time for the person to come out the other end. So, not enough people are going into that funnel and it takes a long time to get them out.”

Pathways is also a starting point for Joyous to keep improving. The three-year-old company, with 40 people and offices in Australia and the US in addition to its Auckland HQ, is the kind of startup unencumbered by the sorts of legacies that more established tech businesses must contend with in adapting to the modern world. And Kolesky says she chose to work for Joyous because she wanted the chance to do things differently early on. It has targeted a 50:50 gender ratio and is sitting at 60:40 men to women. It’s also striving to become more inclusive of all genders and ethnicities, and Kolesky acknowledges in the guide that the business isn’t there yet. I spoke with her some more about Joyous’s diversity efforts, whether tech workplaces are friendly to minorities and how businesses might weigh up hiring on merit and for diversity.

How will you know when you have succeeded in creating a more inclusive workplace for all genders and ethnicities?

We’re on the journey ourselves. We haven’t gone beyond that [acknowledgement] because we haven’t done enough work ourselves to understand the landscape clearly. So I don’t know we would know yet ourselves [what success looks like]. We have been really conscious of gender diversity being a good first step for us but I do know other organisations have a 40:40:20 diversity goal, where it’s 40% male, 40% female and 20% other, which is interpreted as not male. So it could also be made up of women but other genders as well, which is very nuanced. Even internally, there is learning that needs to happen before we can make any adjustments to just the initial goal of 50:50. Now that we’ve done Pathways, the next step as a group is to start, for the next quarter, learning about other genders and other kinds of diversity.

Do you think tech companies are friendly workplaces to minorities? By friendly I mean do people within them have a voice, feel safe enough to use it, feel they are heard by management and their voices lead to tangible change?

There’s always an element of variability, company to company, because I think a lot of the culture is dictated by their leaders. But by and large, the way that technology companies work is inherently collaborative compared to more traditional industries. It’s about regular rituals. One example is a retrospective – a lot of organisations every two weeks in small groups will run a post-it note exercise where you look back at the last two weeks of work and go “what went well? What didn’t go well? What do we want to do differently?” And every single person participates in that exercise, it gets summarised and everyone agrees what will change as a result. By nature, we’re more open in general and more feedback-oriented and more collaboratively oriented than some other industries. But a lot comes down to the individual culture of the company.

Having found a pool of capable candidates, how might a tech company weigh up hiring on merit and for a diverse workforce?

It’s a really hard question for some people and they skate around it. I don’t know if I’d be saying the most controversial thing but, in my mind, if I have two candidates who are equivalent on merit and one is more diverse than the other in a way that we’re lacking – and that’s a differentiator – I would go with the more diverse candidate. That’s not because I’m prejudiced against the other person, but I’m trying to build a diverse organisation deliberately. Like I said, that might be controversial but you don’t end up with a diverse workforce if you’re not deliberate about it. But we can’t even get ourselves to that point, we’re so far from having that wonderful problem. What we wouldn’t do is hire someone on less merit purely because of their diversity. That would be crossing a line on several fronts, which we wouldn’t be comfortable with. You still have to meet all the criteria that we would be seeking in a good candidate before we would hire you.

Diversity is a deliberate choice then?

It is. It has to be. You have to make deliberate decisions and some of them are not easy but I can see, from the data, that doing the done thing changes nothing. So, if it’s controversial what I’m saying, then fine, I don’t mind. I just care about doing the right thing at the end of the day.