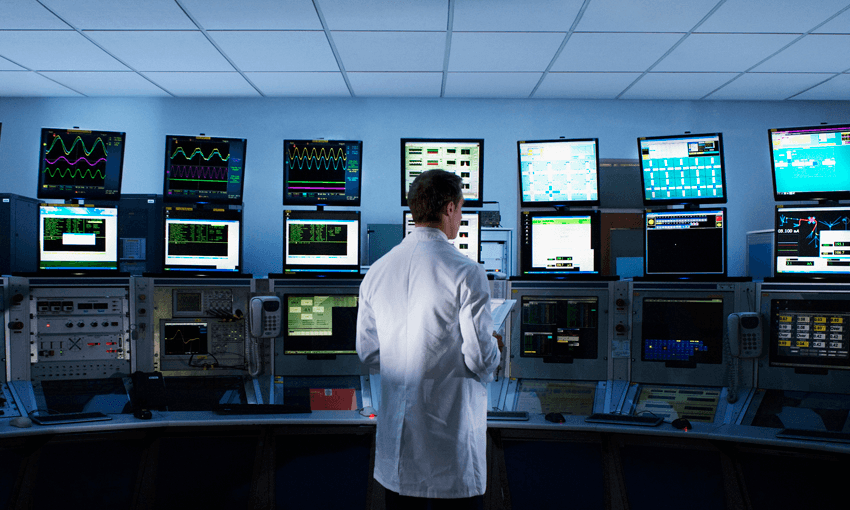 The frustrating complexity of the new R&D tax scheme

The incoming R&D tax credits scheme makes government research and development incentives available to a much wider range of Kiwi businesses. But there are caveats to be aware of, reports Jihee Junn.

You don’t need to know a whole lot about business to understand the value of R&D. It’s what keeps businesses competitive, sustainable and constantly innovating, and it’s why some of our most successful enterprises – Xero, Fonterra and Fisher & Paykel – insist on spending hundreds of millions of dollars every year on fostering it.

Last year, the government committed to spending more than a billion dollars on research, science and innovation in its ‘Foundations for the Future’ budget. Its end goal is to raise R&D expenditure to 2% of GDP over the next 10 years, a goal it intends to achieve with a little something called the R&D tax incentive.

Currently, the government encourages R&D using a range of grants via Callaghan Innovation, New Zealand’s state-funded “innovation agency”. These grants have been on offer since Callaghan’s inception back in 2013, but the growth grant – which has helped hundreds of companies over the last few years – is now set to be phased out in favour of a tax credit instead.

“One of the reasons we are introducing the tax incentive is that it will be much more accessible to businesses than the current growth grant system,” wrote innovation minister Megan Woods for the Spinoff back in May 2018. “If you do R&D, we plan to support it, which means many more businesses will qualify for support than do at the moment.”

Under the tax credit scheme, the number of businesses set to benefit from the government’s R&D support will balloon from just 300 to around 2,000. This comes down to the fact that companies will only need to spend $50,000 a year in order to qualify. In contrast, the Callaghan growth grant required companies to spend at least $300,000 a year on R&D.

But, this widening of the net doesn’t come without its caveats. Instead of the government offering to foot 20% of the R&D bill, the tax break will be just 15%. That means more businesses qualifying, but qualifying for less.

There are other caveats too: the tax scheme was initially criticised as favouring those at the top while leaving startups languishing at the bottom (which generally don’t have any profits to claim tax on anyway). Toby Littin, co-founder of tech startup Parkable expressed his concern at the time that the scheme would mean “moving to a future where we’ll see large New Zealand corporates and multinationals not investing in more R&D, but rather reclassifying their activity and accounts to capitalise on the tax efficiency.”

“It’s just a shame – and frankly straight-up weird for such a refreshing Labour government – that this $1 billion is targeted towards the very top of the escalator. It’s a decision that scares me, and should scare New Zealand.”

Confused? You’re certainly not alone. The complexity around tax incentives is still frustrating for many businesses, especially smaller ones who don’t have the resources to figure it all out.

“It quickly became apparent to me that sticking with the Callaghan grant was easier until they ironed things out with the tax credit scheme,” says Richard Wyles, co-founder of corporate software company Totara Learning, who opted for the extension offered to existing grant holders instead of immediately shifting to the tax credit scheme

“The grant is nice and simple in that we just invoice [Callaghan]. We put it in our reporting and then auditors sign off on it, which they’re not going to be able to do with the R&D tax credits – it would be really onerous to do that across the whole economy.

“The reality is that in the absence of any historical R&D tax credit in recent years, most companies – especially smaller ones – won’t have those processes in place and [the whole thing will be] less robust. It doesn’t surprise me that it’s really complex. They’re written for accountants and they end up being open for interpretation. It’s a nightmare for business owners.”

Ultimately for Totara Learning, a mid-sized company with approximately $12 million turnover, Wyles says the change “won’t affect [the business] much one way or the other”. He does, however, recognise that it won’t be the case for those in the startup sector.

“A tax credit, in general, isn’t a great mechanism if you’re a business in the early stages,” says Wyles. “It took us five or six years before we were making any profit of note. What benefit is a tax credit when you’re effectively not paying any tax?”

“The great thing about a grant scheme is that you can really focus on what levers you want to pull in the economy. So if you want to encourage innovation in the startup space, especially tech which is a huge export earner for NZ, grants are a really nice way of targeting that… [whereas] a tax credit by its very nature is more across the board.”

“Plus, if you’re a small company, chances are that the CEO is also the accountant, the marketing manager and everything else as well. In that startup phase, the last thing you want is a whole lot of complexity.”

Jayden Devonshire, senior commercial manager at Kiwibank, works with dozens of businesses on a regular basis. He says he can definitely see how the tax incentive benefits larger businesses over smaller ones.

“Larger businesses probably have processes in place where they can afford to put time aside for this,” he says. “Whereas smaller ones are working hard to improve their bottom line.”

With this in mind, he’s been warning businesses not to rely on the tax incentive.

“Don’t get ahead of yourself and think it’s going to help your business,” he says. “You kind of have to think worst case scenario in which you don’t get anything. I’ve seen the criteria and I know there’s so much work you have to go through to qualify for it. If you meet that criteria it’s well worth it, but maybe plan as if you’re not going to get anything from it because nothing is 100%.”

“A lot of it comes down to time as well. Some startups are working 12 hour days, right? You chuck something else in the mix that probably requires a whole day to just get your head around and it can really throw you off.”

His advice to businesses preparing for the scheme is simple: talk to people who know what they’re talking about. Ideally, your accountant.

“I’ve suggested going to your external contacts, and if the size of the business is in that $5-10 million area, you can probably afford to spend a little extra on accountants to review things. But certainly, your accountants are who you should go to.”

“Just make sure you understand it all and ask questions. [Because] if you put in the time to qualify for it, it can really help.”