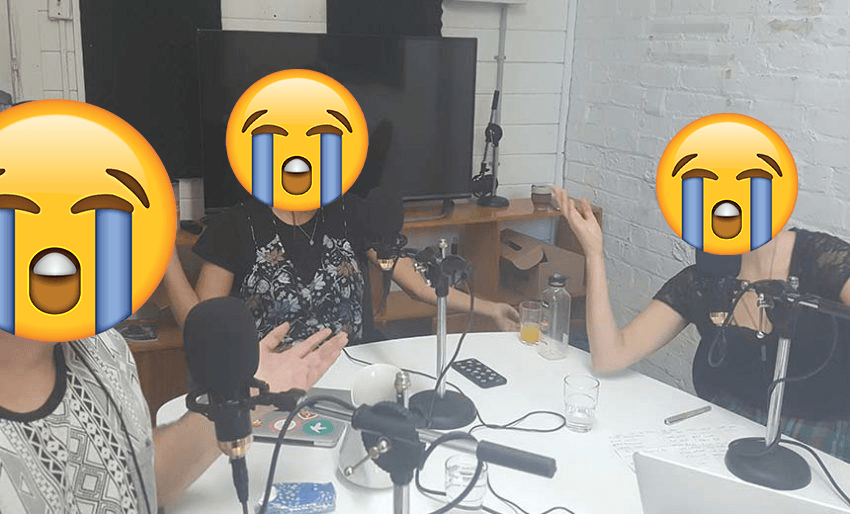 The Laugh-Off’s fourth and final episode: the wrap up

The NZ International Comedy Festival has come to an end for 2017 and emotions are running high.

The fourth and final episode of our comedy festival podcast sees actor, writer and comedy expert Chelsea McEwan Millar joined by Spinoff comedy co-editors Sam Brooks and Natasha Hoyland as they emotionally wrap up the final week of the NZ International Comedy Festival. It was a week of bloody good comedy, topped off with an incredible clean sweep of the four major awards by women. Warning: a few tears were shed.

To listen, use the player below or download this episode (right click and save). Feel free to subscribe via iTunes, RSS or via your favourite podcast client.