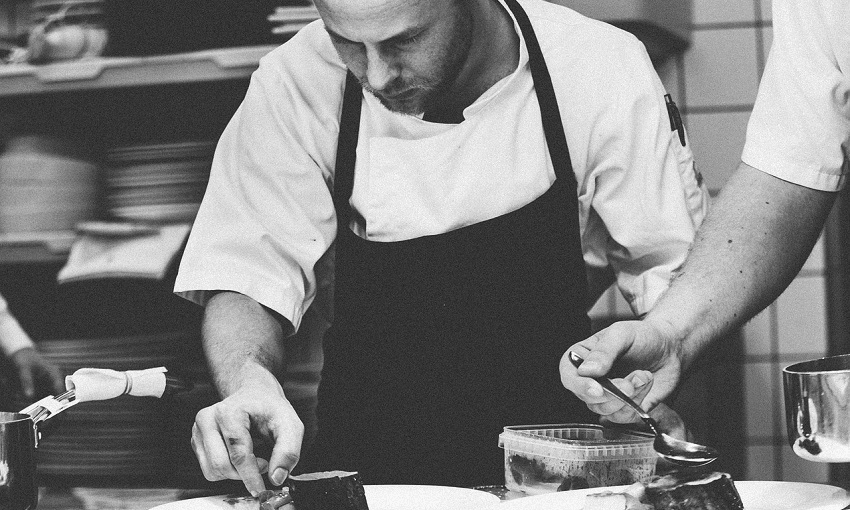 How the restaurant industry is finally opening up about mental health

For chefs and restaurateurs all over the world, hospitality’s pressure-cooker environment is no joke. As we increasingly grapple with the consequences of depression and anxiety among those working in our food industry, what’s New Zealand going do about it?

Le Suquet à Laguiole in the south of France enjoyed the highest accolade in fine dining for two decades. But in an unprecedented move late last year, its acclaimed chef, Sébastien Bras, revealed that he wanted to “give back” his restaurant’s three Michelin stars. Bras told the tire company/guidebook publishers he no longer wanted any part of it – it was too much stress, too much pressure, and just too many expectations for him to endure.

“Today, at 46 years old, I want to give a new meaning to my life… and redefine what is essential,” Bras said back in September. “We want to proceed with a free spirit and without stress, to offer a cuisine and service that represents that spirit and our land… Perhaps I am going to lose fame but I accept it, I assume it.”

The request caught many – especially Michelin themselves – off-guard. Chefs dream of their restaurants being featured in a Michelin guidebook, so why would someone want to just throw it all away? As the oft-quoted phrase goes: ‘If you can’t stand the heat, get out of the kitchen’. But in recent years, the industry has started to realise that actually, if you can’t stand the heat, maybe we need to try and do something about it.

In New Zealand, one in five Kiwis will experience mental illness this year. A lot of things can factor into that: family, relationships or trauma, perhaps. And while employers can only do so much to help, having a workplace culture where it’s OK to talk about mental health issues can make a huge difference.

But in a commercial kitchen, that can be a challenge. There’s a relentless pressure to perform and chefs often work long hours on very little sleep. There’s an overriding expectation for staff to just ‘harden up’ when the going gets tough, an attitude that can be exacerbated by the high number of men working in commercial kitchens. Of course, it’s not just the chefs that are suffering – restaurant owners are also small business owners dealing with everything from food and customers to health and safety.

“Working in a restaurant is stressful and there’s a lot of creative pressure as a performance-based industry,” says Marisa Bidois, Restaurant Association of New Zealand’s CEO. “There’s a real ‘work hard, play hard’ mentality as well, which isn’t necessarily specific to our industry, but it’s certainly one of the barriers to talking about mental health.”

In an attempt to try to break down some of these barriers, Bidois says the Restaurant Association has started the Hospitality Mental Health & Wellness Action Group. In its latest meeting in August, it was announced that the group had formed a wellness panel of industry leaders and mental health and wellness experts to open up discussions regarding mental health specific to hospitality. The wellness panel is set to return later this month when the Restaurant Association and Eat New Zealand co-host the Hui, its inaugural conference to discuss food and hospitality in Aotearoa.

Across the Tasman, Aussie chef Mal Meiers has been hosting his Food for Thought charity dinners since 2014, which aim to encourage conversation around a table of good kai to break down the stigma surrounding mental health. This year, it’s taking place in New Zealand at Auckland’s Gemmayze Street, with 100% of profits raised from the dinner donated to Mental Health New Zealand.

“In our industry, [we can see] the effects that long hours, high-pressure work environments and an often ‘just deal with it’ attitude can have, causing those suffering from anxiety and depression not to speak out,” Meiers said when this year’s dinner was announced. “Having personally faced this, I felt a huge importance to support this cause; hence the creation of these dinners, which was sparked from my own experience.”

Chefs including Gemmayze Street’s Samir Allen, Culprit’s Kyle Street and Cazador’s Dariush Lolaiy will join Meiers in the kitchen for the Food for Thought dinner. In August, Lolaiy and his wife/business partner Rebecca Smidt gathered together their industry mates for a collaborative dinner in honour of celebrity chef Anthony Bourdain, who tragically took his own life in June. All the dishes served came from Bourdain’s Les Halles cookbook, with all proceeds going to Lifeline. Lolaiy and Smidt’s dinner was followed by the formation of the 72 Club, which asks businesses, community groups and individuals to do what they do best and socialise over food.

In addition to Bourdain’s death earlier in the year, mental health issues in the hospitality industry in New Zealand and abroad have increasingly been in the mainstream media’s spotlight. Last year the suicide of high-profile Sydney chef Jeremy Strode was a shock to many, and a few months later, Auckland chef Matt Bing died after a battle with depression. Bras himself admitted he wanted to drop the stars to avoid the level of stress that drove Bernard Loiseau, another three-star Michelin chef, to suicide in 2003. “That’s in a corner of my mind,” he said.

“I don’t want to describe it as some sort of insidious, dark underbelly of the industry, because it’s not like that, but it’s just bloody hard work,” Smidt told The Spinoff before the  Les Halles charity dinner earlier in the year. “It’s very competitive, the financial incentives are less and less, the demands and expectations of customers are more and there’s no way of getting off working like that without compromise – which is going to be your health, whether mental or physical.”

Bidois says the Restaurant Association often gets enquiries from restaurateurs about how to help staff they think are dealing with mental illness. She says such enquiries have increased over the last 12 months, which could be attributed to the recent spate of tragic deaths of high-profile restaurateurs. She also adds that 40% of New Zealand’s hospitality workers are under the age of 25, which is pertinent considering New Zealand’s shockingly high youth suicide rates.

“We’re constantly helping to connect people. I know there are plenty of restaurant owners out there who are trying to solve some of these problems the industry has traditionally suffered from.” Such methods include implementing a four-day working week (chefs often work up to 12 hours a day), encouraging staff to take regular breaks and eat properly (“I guarantee you most chefs eat once a day,” The Grove’s Brody Jenkins said on the issue last year) and encouraging wellness initiatives (some hospitality businesses have held yoga classes for their staff).

Food has often been upheld as the ultimate way to bring people together, but for those providing such dining experiences, food can be an incredibly isolating experience. The heat of the kitchen shouldn’t have to cripple our chefs and restaurateurs. The consequences can be tragic, and it’s important – now more than ever  – at we really, truly do something about it.

Resources for improving mental health and wellbeing in your restaurant can also be accessed via the Restaurant Association’s website.