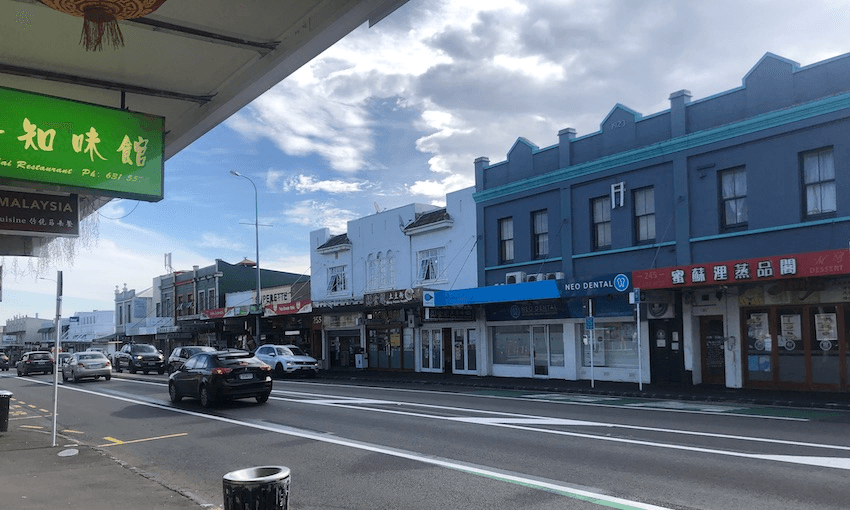 The cancellation of this weekend’s Lantern Festival isn’t the only knock-on effect from the novel coronavirus outbreak to reach Auckland, with the city’s Chinese restaurants reporting a decline in custom.

The ban on inbound travel from China combined with overly cautious local diners avoiding their establishments has hit Auckland Chinese restaurateurs hard, with some even shutting up shop because business is so quiet.

Popular Mt Eden yum cha spot Hees Garden Seafood Restaurant this week confirmed a planned two-week closure in response to the outbreak of the new COVID-19 virus, which has killed more than 1400 people in China and three outside the country since it was first detected in the city of Wuhan on December 31. Owner John Son said the lack of Chinese tour groups, combined with locals choosing to stay at home out of precaution, had led to the decision, but he was confident the restaurant would reopen on February 24.

Royal City Dumpling & Noodle in Royal Oak has also been quiet in the last couple of weeks, said owner Angela, who preferred not to give her last name. “People are afraid of coming out, they want to avoid contact with other people. We are all right but a few family friends’ restaurants have been very quiet. A lot of them are planning to shut as they can’t afford to pay salaries.”

Business has been notably down at Dominion Road’s HKD Chinese Seafood Restaurant too, said owner Joseph Wong, who added it was mainly locals staying away. He said his landlord had reduced rent in response to the business downturn, which began around Chinese New Year, in late January, coinciding with the time the outbreak reached particularly worrying levels. The World Health Organisation declared a global health emergency on January 31 and on February 3, the New Zealand government issued a ban on inbound travel from China for at least 14 days, following the lead of Australia and the United States, despite the WHO advising against such a ban. The following day, it was announced that the Auckland Lantern Festival, due to be held this weekend, was to be cancelled to respect the wishes of the Chinese community. There have been cases of coronavirus reported in 25 countries outside of mainland China so far, but none in New Zealand.

Stephen Chan of Grand Harbour said the popular Viaduct yum cha restaurant had also seen a small dropoff, but regular clientele continued to show their support. “We’ve been here for 20 years now and we have a very strong, loyal following, so that’s very helpful.”

The lack of tourists has had an impact, however. “Traditionally January, February, March and April is our busiest tourist season – we have a lot of tourists coming from Asia, whether it’s China, Japan or elsewhere, and that has come to a grinding halt. It stopped about two weeks ago, we haven’t seen the busloads of tourists. For this time of year it’s quite a big impact for us.”

Chan said he wasn’t too concerned, however, as the restaurant had experienced a similar downturn in business during the outbreak of the SARS virus, a cousin of COVID-19, in 2003. “It took a while for tourists to start travelling again, but things got back to normal pretty quickly and we recovered after a couple of months. We’re here for the long haul so hopefully we’ll get through this quickly.”

The comments from those spoken to by The Spinoff echo the results of a members’ survey carried out by the Restaurant Association of New Zealand, which found Chinese restaurants in Wellington and Christchurch had been affected by the coronavirus outbreak as well as those in Auckland, where at least one was 60% down on last year, reports Metro. Restaurant Association CEO Marisa Bidois is quoted as encouraging diners to get out and support their local restaurants during this time, emphasising that there’s nothing to fear.

Incidences of coronavirus-inspired racism towards people of Asian appearance have been reported in New Zealand and around the world in recent weeks – some of it connecting the virus to Chinese food. But none of the restaurateurs The Spinoff spoke to believed this to be a factor in the business downturn, attributing it rather to people exercising extra caution and staying at home. In Australia, #chinesefoodweekend, a Twitter movement encouraging people to get out and support Chinese restaurants this weekend, is gaining ground after multiple incidences of racism and ignorance affecting Chinese businesses came to light.