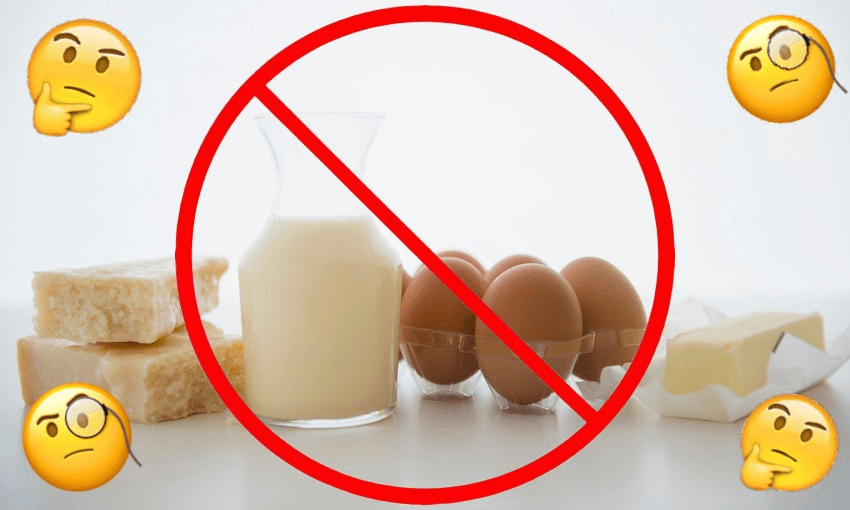 Should vegetarians go vegan? Let’s weigh up the evidence

The rise of ‘plant-based’ diets seems like a win for those who decry eating meat. But some vegan groups claim the halfway step of vegetarianism is ineffectual if you really care about animal cruelty, climate change, or your own personal health.

An article in the Guardian last year asked “Why do people hate vegans?”, suggesting that the recent popularity of the looser term “plant-based” is because it avoids the perceived rigidity and high-mindedness of veganism. After all, who wants to be told by some hippy know-it-all that your wine was actually fined using fish bladder or the connective tissue of cows? The same spirit lay behind Paul McCartney’s campaign for everyone to try “meat-free Mondays” which saw any decrease in meat-eating as a step in the right direction.

Yet many animal rights groups argue that halfway steps aren’t enough and that full veganism is the only justifiable stance. For example, a recent article on the PETA website questioned whether eating cheese might actually be worse than eating meat, and SAFE encourages members to go dairy-free. Even if you’re simply going “plant-based” for health or environmental reasons, there are questions about the efficacy of vegetarianism.

The primary difference between vegans and vegetarians is whether or not they eat eggs and dairy products. Both of these commodities require only the female of the species (the cow or the hen). So what happens to all those young males?

In the dairy industry, young bulls make up the majority of the “bobby calves” and are separated from their mothers at birth then killed for their meat. Of the 4.6 million calves born in New Zealand each year, around 40% are bobby calves. This wasteful slaughter has led local researchers to investigate allowing bobby calves to survive longer or using them for producing wagyu meat.

The position of animal rights activists on this issue was captured well by Joaquin Phoenix in his recent Oscars speech:

“We feel entitled to artificially inseminate a cow and steal her baby, even though her cries of anguish are unmistakable. Then we take her milk that’s intended for her calf and we put it in our coffee and our cereal.”

The situation for male chicks in the egg industry is similar to their bull counterparts – they are killed soon after hatching. What’s more, the quality of life for the hens that survive is probably worse than for cows (at least, the grass-fed cows primarily grown in New Zealand). Despite our country moving away from the tiny battery cages of old, the “colony cages” widely in use are still very crammed.

The response to these criticisms is usually to point out that life in nature isn’t all that cruelty-free either. If cows and chickens lived in the wild, they would be hunted by other animals, catch diseases, and die young. Perhaps their deaths should not distress us as long as they are quick and their lives in the interim are relatively painless? Yet even if the morality of factory farming is put aside, there are other issues with dairy and egg production that affect us directly.

Cattle farming is widely acknowledged as having a large contribution towards climate change – primarily through the methane that cows burp out as they feed, but also the emissions associated with growing cow feed, transport, deforestation for farmland etc. While this may provide a reason for non meat-eaters to feel smug, vegetarians may find they are throwing rocks from within a glasshouse. Research by the Environmental Working Group (EWG) in 2011 found that cheese can also be a high-emission food.

The problem with cheese is that you need a lot of milk to create it – four litres per kilogram for a soft cheese (paneer) and upwards of eight litres for a hard cheese (eg parmesan, which also requires a long ageing time). However, the EWG results have been seen as biased (they are an activist/lobbying group) and a summary of more recent studies has suggested that a) emissions vary widely depending on how a commodity is produced and that b) cheese causes fewer emissions than any variety of meat (when you consider serving size rather than per kg).

Dairy milk itself has its own problems in a New Zealand context, since Fonterra is the second-largest user of coal in the country (the company uses it in its milk-drying facilities, though is gradually moving to wood pellets). However, vegans might find the replacement milk products they use have their own problems – for example, almond milk is often made from Californian nuts (they provide 80% of the world market), but it is hugely water-intensive for such a drought-affected state and also requires the use of 60% of US commercial bees (often resulting in massive die-offs).

The Guardian’s investigation into this area suggested oat milk was the best alternative (with soy milk a close second).

Did you know that Formula One champion Lewis Hamilton and both Serena and Venus Williams are vegan? The idea that high-performance athletes function best without animal products was boosted by the documentary The Game Changers, though some have argued it’s a biased work since its main producer, James Cameron, has a heavy investment in plant-based faux meats and fake cheeses.

There are now a glut of Netflix documentaries that promote veganism – for example the Joaquin Phoenix-produced What The Health, Forks Over Knives and Cowspiracy. Unfortunately these films also share a fair amount of pseudoscience. What The Health claims drinking milk causes cancer (there is no evidence for this) and that “eating just one an egg a day can be as bad as smoking five cigarettes for life expectancy” (a huge exaggeration). It also posits a conspiracy by the global dairy industry to question the unhealthiness of the saturated fat in butter and cheese (less clear, though it’s that true many scientists have fought back against pro-saturated-fat claims).

There is some evidence that both vegan and vegetarian diets do reduce the risk of cardiovascular disease, but current evidence puts them at a similar level of healthiness to the Mediterranean and “New Nordic” diets. In fact, the vegetarian diet is often judged to be better since it provides easier access to essential nutrients such as calcium, phosphorus, vitamin D and B12 (being low in the latter in particular is a risk for vegans unless they take supplements or ingest enough foods fortified with B12).

All in all, the best health advice remains similar to what we’ve been told for decades – eat more vegetables and fruit, while reducing your intake of processed food. Vegetarians do seem to have a healthy diet that is relatively easy to sustain and they come close to vegans in terms of their impact on the environment. There is nonetheless a strong case for veganism, especially in terms of animal welfare – just as long as you don’t believe everything you see on Netflix.