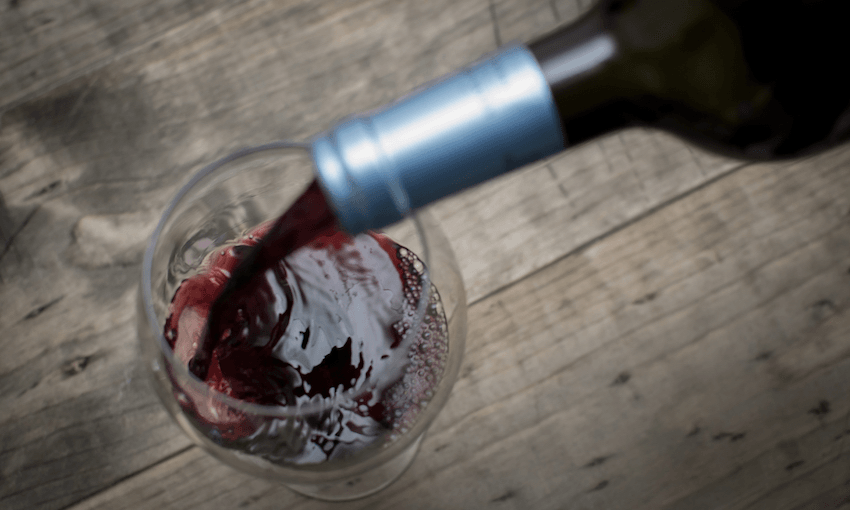 Why most wines are boozier than you think

You could read a shelf full of books about wine and barely know that there’s any alcohol in it. Wine publications almost never mention it, most reviews don’t note the alcohol content. What twisted state of denial is this? Guess what? There’s alcohol in wine. And it has a lot to do with why we drink it. Would we drink the exact same liquid, with the exact same taste, if it didn’t have alcohol in it? Maybe. Sometimes. But many of us wouldn’t have started drinking it in the first place, and those Greeks and Romans and whoever else wouldn’t have spread it around the place if it didn’t give them a bit of a buzz (although wine was a lot weaker in those days and it also was drunk for just hydration when the water was dodgy).

OK, here goes. I’ll admit it – I enjoy drinking wine and I enjoy drinking alcohol. While I a) know it is mostly bad for you; and b) know it is frequently a destructive force in society; I like the ever-so-slight loosening of one’s body, the infinitesimal cooling of one’s blood, the existential ahhhhh even a single, very-unlikely-to-be-a-health-or-societal-issue alcoholic drink can give.

Why bring this up now? Because this 2015 Anciano 35 Old Vines Garnacha, from Calatayud in Spain, is 15% abv. And it’s probably more. Most countries give winemakers a leeway of between .5% and 1.5% up for down on their labels, which, according to this study, ends up being .45% up for New World wines and .39% for Old World WInes. Also, many countries tax wine according to its alcohol content, so there’s a financial incentive to turn it down a little.

What does that mean for this Garnacha? Well, you can taste the alcohol. There’s no hiding it. It’s a hot wine, with that alcoholic spark which hits the top of your palate with a sting. It’s fully ripened, with big berry notes that never top over into candy, but built on top of earthy wood (more forest than oak), leather, and tobacco flavours. And that’s the thing with this wine, it’s very drinkable, just don’t drink too much of it. After one glass, you probably won’t notice the difference. But if you usually drink 12.5-13.5% wines like most people, you’ll feel it after three.

Verdict: Drink it, but responsibly.

When driving to Kaiteriteri or one of the other lovely beaches in the Tasman region at the top of the South Island, you pass through the small town of Riwaka (pronounced mind-bogglingly incorrectly as “R’walker” by many, including my maternal relations). As a youngster, I used to do this with my family every summer and every time, without fail, we would drive past the Riwaka flying fox. This was no ordinary flying fox — an enclosed capsule that held six people, it hurtled down a wire and splashed into a pond. It looked AMAZING.

After years of asking, I was finally allowed to go on it. What resulted can be summed in one word: disappointment. It was just… a bit shit.

I don’t think the flying fox is there any more but luckily, Riwaka has another claim to fame: hops. It’s even given its name to a variety: the Riwaka hop is a delightfully tropical, passionfruity number that’s right at home in a pale ale.

Which brings me, finally, to my point (I always get there in the end): this week’s beer.

The Hyperlocal from Wellington’s Fork Brew Corp is an all-Kiwi affair, pairing the aforementioned Riwaka with Nelson Sauvin, the golden child of the New Zealand hop world. I imagine Riwaka resents Nelson Sauvin deeply for getting all the attention when they’re both damn good hops.

Anyway. Fork Brewcorp, which was named Champion Small Brewery at the Brewers Guild of New Zealand awards last month, is the kind-of-new retail arm of the brew operation of industry ledge Kelly Ryan, based at Fork & Brewer in downtown Wellington. The vibe is kind of “retro office” and the labels feature amusing/triggering-if-you’ve-ever-had-to-deal-with-it-IRL corporate speak (“Fork Brewcorp seize beer thought leadership with a series of market-tested end-to-end drinking solutions, delivering superior outcomes to relevant stakeholders at all points in the value chain,” for example).

Hyperlocal is one of four in the range, an approachable, eminently drinkable pale ale. I drank it at Labour Weekend — the sun was shining, the birds were chirping, and I was eating freshly smoked Hauraki Gulf kahawai and snapper and trevally sashimi, caught that day (hashtag humblebrag).

To be honest, I could have done with a little more oomph from the hops. It could’ve been the smoky smoked fish dominating my palate or the fact it was feeling summery and I had a helluva thirst on, but on the flavour scale, it was a little bit blink and you’ll miss it.

But then again, as I need to remind myself constantly, there is nothing wrong with a beer that doesn’t blast your taste buds with the strength of a thousand IBUs or “taste like compost” (my father’s assessment of most craft beers).