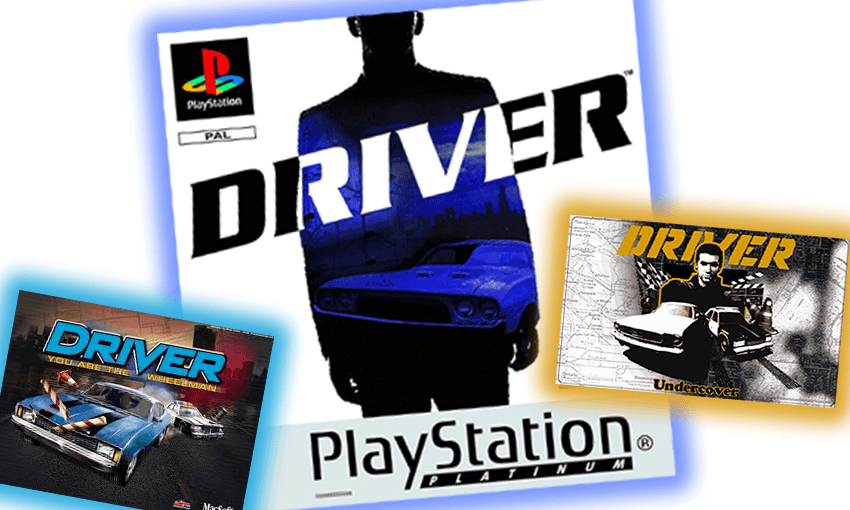 You might remember Driver – but do you remember the game itself was?

20 years ago, Driver reinvented gaming and nobody knew it

You might remember Driver – but do you remember the game itself was?

This month marks the 20th anniversary of Driver, a game whose innovations pioneered some of gaming’s biggest present-day trends. Sam Brooks takes a look at the groundbreaking game’s launch – and the series’ unfortunate decline.

The year is 1999. The first Super Smash Bros. has come out, the fourth Tomb Raider game to use the same engine as the first game has descended, and the Grand Theft Auto series is still a top-down, two-dimensional graphical nightmare. Out of its infancy, gaming had become an inescapable part of life, like a 12-year-old you’ve parented through childhood but now will have to deal with as they hit puberty.

Enter Driver, released 20 years ago this month. Developed by Reflections, which would later become Ubisoft Reflections (remember that Ubisoft part, it’s important later), Driver was meant to be a tribute/rip-off of Starsky and Hutch. As such, the concept wasn’t anything new: you play as an undercover getaway driver, traversing the streets of photo-realistic cities as you elude the cops. The game takes place entirely in a car, which seems adorably prehistoric now, but trust me, in 1999 we were used to games that only did one thing, and did that one thing kind of well.

You should also understand that in 1999, photo realism looks a little something like this:

We were grading on an invisible curve, you guys. Applying the ‘realism’ descriptor to any game released in the 20th century is like calling Manu Vatuvei the best dancer in the country in 2019. But what makes Driver a landmark – though sadly forgotten – achievement in gaming are two things that it shakily pioneered, two things that would later be perfected by one of the biggest games of all time.

First off, the driving. Driver was hardly the first game to include driving, or even to have it as a focus, but the full-bodied weight of this game’s driving felt new. This wasn’t a racing game like Gran Turismo, or a game where the intention was to destroy other vehicles, like Destruction Derby or Twisted Metal.  It was a game in which you could choose where you drove, and the goal was to drive well, not just fast.

Thanks to the newfangled vibration of the DualShock, when you didn’t drive well – like if, say, you drove your car into a wall or another car – you felt it. It wasn’t quite like playing one of those arcade games that put you in the driver’s seat for $2 of uninspired race-car driving, but it was the closest you could get in the comfort of your own home.

This difference came to a head in the very first mission of the game: a tutorial in a parking lot. It required the player to accomplish a range of stunts, none of which you would ever have to do in-game, but more importantly, none of which anybody had in any game in history. A notorious complaint about the game is how few people actually got past the original mission because they couldn’t accomplish a slalom.

But when you got past that mission, there was the undeniable thrill of driving a car across a real-life city. If you were a nine year old, like I was at the time, it was the closest thing you could get to the feeling of actually driving. As it stands, video games are still the closest I get to driving. Of the four times I’ve gotten behind a real-life car wheel, I have collided with other objects thrice. Video games save lives.

The other thing that Driver pioneered, the thing that is featured in nearly almost every triple-A game today? Open world, baby.

Looking back, this was the best thing about Driver and the thing that I would find interminable if I was to play it now. There were four real-life cities (Miami, San Francisco, Los Angeles, New York City) in the game, and the story mode was split up between them. They looked primitive, but you have to remember that we were barely half a decade removed from two-dimensional sprites and Lara Croft’s triangular breasts – this was basically Google Earth.

Where the game got special was the Survivor Mode, which allowed the player to roam around these cities as they pleased, as long as they didn’t piss off the overly-aggressive AI police by going even a bit over the speed limit, driving on the wrong side of the road, or hitting another car with their car. (Admittedly, all these things would get you noticed by the cops in real life, which is proof that realism is not always a good thing.)

This was my first introduction to open-world gameplay, and my rose-coloured glasses were firmly on. The agency of being able to wander wherever I wanted and do what I chose was there; the immersion of not just being a part of the game but a co-creator of my own personal narrative of the game was there; and the wish-fulfillment of just driving a car around a city on the other side of the world was there. The fact that the city was pretty empty, I always got caught by the cops within a few minutes, and there was no real point to exploring the world didn’t matter to me.

Here it’s worth noting that Reflections would later be incorporated into Ubisoft, the gaming industry’s foremost practitioner, if not proponent, of open world gameplay.

So, for all this innovation and breaking of grounds, why is this game forgotten?

One of the biggest video game series in history needs no introduction, but the moment when the series fully grew its beard was Grand Theft Auto 3, the first version on the next generation of consoles. The series had always been critically acclaimed, but the shift from the mission-based, top-down perspective of the first games to a free-roaming, third-person perspective lifted the series into the stratosphere. It was the best-selling game of 2001, won a slew of Game of the Year titles, and set up as juggernauts both Rockstar North (Red Dead Redemption, you guys) and the franchise itself.

On first glance, Grand Theft Auto 3 could be a sequel to Driver. The controls are similar, although GTA3 splits the difference between realism and convenience. While Liberty City is fictional, it is transparently based on New York City. Most of the missions revolve around driving, and many of those involve evading the police.

Even GTA3′s most laudable improvement is one pioneered by Driver 2, the sequel-slash-expansion-pack that came out in 2001. That improvement? Letting you get out of the car and explore on foot.

It was this innovation that spelled success for GTA, and eventual doom for the Driver franchise. When Driver’s Tanner got out of the car, it felt perfunctory and clunky. He moved around like he had eaten too many carbs and was ambling towards the nearest bathroom. You always preferred being in the car.

But when GTA3‘s mute, unnamed protagonist got out of the car, it was as much of a thrill as driving was. You would shoot up problematically-written gangsters, throw grenades, and enact all sorts of thrilling crimes. It was an integral part of the game, not something tacked on to fill up an empty world.

Grand Theft Auto continued to master what Driver had pioneered so well, even as the games slowly leaned away from driving-based missions and more towards the third-person slaughterfests that became so popular amongst both gamers and scaremongers.

Meanwhile Driver spun out, to use some driving parlance. Driv3r [absolutely sic] doubled down so much on the out-of-car aspects that it might as well have been called Walk3r. The dismal reviews reflected that, and a pre-GamerGate scandal involving reviews and Atari buying adverts sank the game like a stone.

Driver: Parallel Lines fared better with reviewers, but continued to double down on the aspects the original games had pioneered, but GTA had perfected to considerable acclaim and even more considerable sales.

By this time, so many GTA clones had popped up – remember True Crime: Streets of LA? – that Driver was lumped in with one of them, like a first wife turned 17th concubine. Multiple handheld games passed with little fanfare and slighter sales. Reflections officially became Reflections Ubisoft, and the studio would work on the absolutely-existent series Just Dance and the middling online-only racing game The Crew.

The final game in the franchise, Driver: San Francisco, seemed like it could be a success. It stripped the series back to its core – fun driving, photo-realistic cities, open world – but the damage was done. Reviewers liked it, but nobody bought it, and now it exists as a footnote.

Despite the series’ decline, it’s important to remember the ground that original game broke. If you’ve got anybody to thank for the ability to roam around aimlessly on your horse in Red Dead Redemption 2, it’s the developer of Driver. Hell, the game even had a Director Mode which set up your car chases with then-revolutionary cinematic camera angles and cutting.

On the flipside, if you’ve got anybody to blame for empty open worlds with worthless tokens to collect, you can probably also blame Driver.

Maybe being first doesn’t mean you’re remembered. But there’s something to be said for doing something first so somebody else can do it right.