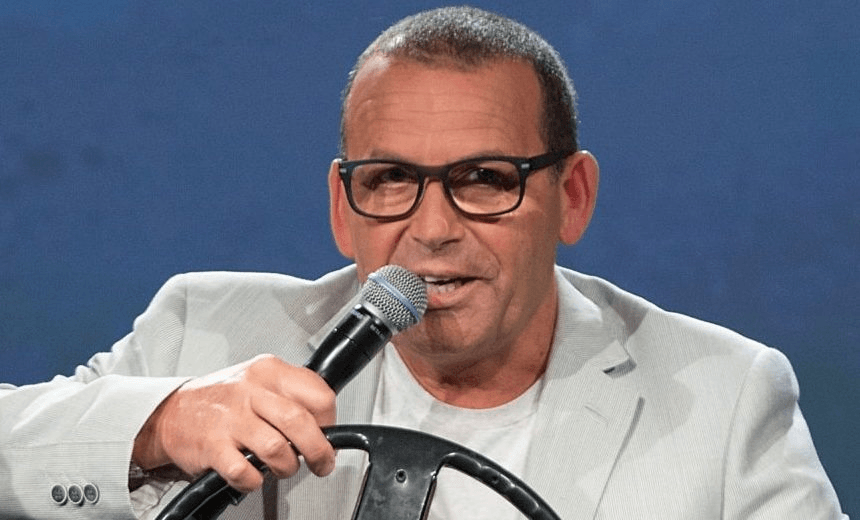 By Mark Jennings
Guest writer
Made possible by

Former Mediaworks news chief Mark Jennings writes on the background to the departure of TV3’s heaviest hitter, the huge hole it leaves, and the challenge ahead for heir apparent Duncan Garner.

When Paul Henry’s expletive-laden interview appeared in the New Zealand Herald eight days ago it looked like a clear case of presentercide.

By deliberately labelling people as “morons” and suggesting to the Herald reporter that he check out the “perfect titties” of the woman at the next table, Henry was performing a kind of career kamikaze act – openly saying to his bosses at Mediaworks, “C’mon, shoot me now!”.

The fact that they responded with a weak “we don’t condone offensive behaviour” was telling.

They knew, of course, that he was already gone.

It’s dollars to doughnuts that Henry had quit before his verbal rant in the Federal Deli made its way into print.

The signs have been there for some time. Henry, whose reported departure Mediaworks has refused to confirm, has been openly saying he was sick of the early morning starts and wanted his life back. He had no appetite for 7pm either, a slot he once coveted and should have had.

Paul Henry likes life and wants to live it. If he does any TV work in the future it will almost certainly be limited to the stuff that really interests him. He is over doing the hard yards.

Henry’s “I’m out of here” would have caused a lot of angst at Flower Street. His exit is bad news for Mediaworks, its chief news officer, Hal Crawford, and the new CEO, Michael Anderson, both recently arrived from Australia.

Anderson is trying to rebuild morale and get some runs on the board after Mark Weldon, the previous CEO, turned the place upside down. Now he will have to do it without the man who was probably the outfit’s heaviest hitter, its only real game-changer.

Paul Henry – the breakfast show – had become an essential catalyst in Mediaworks’ revival, or at least its attempts at one. Not just because it was one of the few TV programmes that could take on and beat its direct competitor on TV1, but because it was vital to the fortunes of its battling talk station, RadioLIVE.

Mediaworks dominates music radio but in the 10 years it’s been on-air RadioLIVE hasn’t made much of a dent in Newstalk ZB’s market share. The NZME-owned ZB dominates the ratings and revenue in the talk genre.

There is a lot of money to be made out of news and talk radio but so far Mediaworks has hardly pulled in small change.

Henry was Live’s big play, a machine that could take on Hosking, and give the station some badly needed momentum. Better still, the costs could be spread across more than one medium.

The show is perhaps the only one of its kind in the world that successfully sits across both radio and TV. The reason this simulcast works is not because the format is fabulous, but because Henry can do what almost no one else can; he turns radio into television and television into radio.

In this sense he is a broadcasting genius.

And there is more – breakfast radio and television are now about the only places in commercial broadcasting that interviews actually happen, and Henry happens to be a bloody good interviewer. These days very few of our interviewers can get the better of a media trained politician, or a top exec from Fonterra or the Rugby Union. Henry can and does.

This interviewing skill and his sense of humour – albeit at times, outrageous, crude and even childish – are major points of difference in a market full of rather bland offerings.

Tim Murphy: How I learned to love the Paul Henry show

Michele A’Court: What really gets on my titties about Paul Henry and Max Key

Henry’s departure will be a godsend for TVNZ 1 breakfast show which has been under the pump. The new combo of Hilary Barry and Jack Tame is not firing. It might in the future – but it might not either.

Barry was a brilliant foil for Henry and is a big talent, but neither she nor Tame can take a scalpel to an interviewee in the way Henry can. Neither can they surprise, delight or bewitch the viewer like Henry.

The show also seems to be struggling with its content. The faces are new but they are doing the same old stuff.

If Henry had remained, MediaWorks would have become a consistent winner in the TV war and a strong contender in the radio breakfast race.

So who will replace Henry? MediaWorks has really the one option: Duncan Garner. Garner, who has been groomed for the job and wants it, is smart, hardworking and already one of the country’s best broadcasters.

He will also have good rapport with his two mates, Jim Kayes and Ingrid Hipkiss. They all respect and like each other. And if the talented Sarah Bristow, Henry’s executive producer, stays on this will be a major plus for Garner.

But the dual radio/TV format is very tricky and Garner is replacing a man who was probably at the peak of his powers.

Garner’s elevation to the key breakfast slot also robs RadioLIVE of a top performer in the afternoon drive time slot – after breakfast this is the most important radio timeslot. There is no obvious replacement.

Mediaworks will shuffle the cards and try and stay in the game, but without the joker in their pack that game just got much harder.