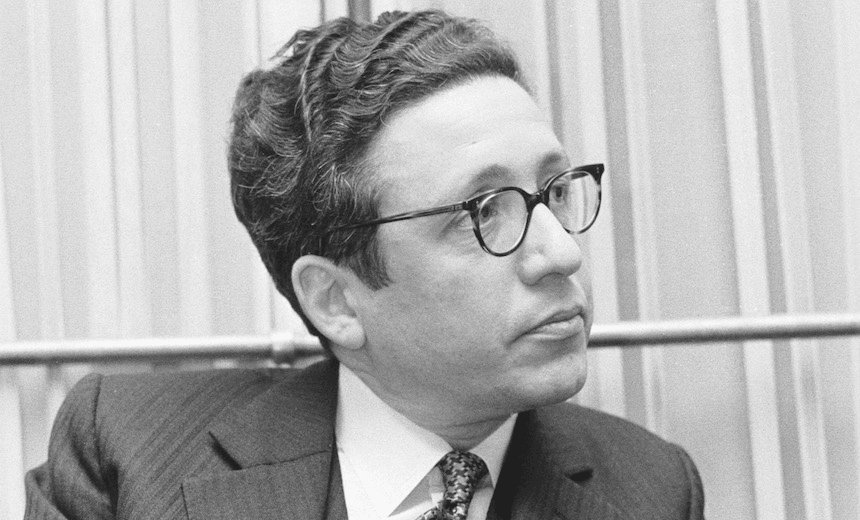 Today The Spinoff assesses the state of the professional critic in New Zealand with four pieces – two new, two older – which reflect on the challenges the form faces.

In 2002 a small storm erupted when the brilliant film, theatre and restaurant critic Peter Calder dared to negatively review a local production. An actor angrily accused him of traitorousness, or some other rubbish. Below we reprint, with Calder’s kind permission, his scorching response.

Editor’s note: I read this while at uni, and found it entirely electrifying. I’d read Elliott’s piece the day before, which essentially said that local theatre – and by extension all creative arts – were these beautiful and rapturous creations, and critics should just gaze upon them in wonder so as to convince more people to do the same. It was obviously nonsense – but clearly reflected a common view within the arts. When Calder responded, it was with both barrels: a blast of informed invective, precise and unrestrained. It has stayed with me ever since, a manifesto of sorts for why critics are necessary, and who they’re writing for. I’m very pleased to be able to give it a second run here. – Duncan Greive

There’s a marvellous passage in act two of Beckett’s classic Waiting for Godot in which the two main characters, Vladimir and Estragon, trade insults. The former calls the latter “a ceremonious ape” and is, in return, dubbed a “punctilious pig”.

It gets worse, or at least pithier. The invective includes words like moron, vermin, morpion (it’s a rare, 16th-century word for a crab louse, my dictionary says), sewer-rat, curate (!) and cretin before Estragon lands a king hit: “Critic!” he thunders and the stage directions show that Vladimir “wilts, vanquished, and turns away”.

So actor Peter Elliott, whose sustained piece of special pleading which appeared in these pages last Monday under the heading ‘Putting the critics on notice’, is plainly not the only one to regard critics as the theatre’s worst enemy.

Elliott’s piece was written in the context of a discussion about whether the critics – including this one – killed the New Zealand Actors’ Company production of Leah. This regendered version of Shakespeare’s tragedy closed its Auckland season early because reviews were bad and (some might say “and therefore”) ticket sales were poor.

Elliott throws some energetic punches in the direction of critics, though none lands with any force. He begins with a piece of unconscious comedy: “A little knowledge is a dangerous thing”, he intones, rather proving the point of Alexander Pope’s pronouncement which concerned “a little learning”. Thereafter, his advice varies from the banal (“Write well,” he exhorts, as if we are trying to write badly) to the obscure (“Put your money where your mouth is,” he says, before advising us to report the audience’s opinion as well as our own, which would be foolhardy if it were possible).

But these are small quibbles. The tattered thread running through the fabric of Elliott’s argument may be discerned from the frayed end which hangs from the last few lines. “Art costs,” he tells us. “We need sponsors’ cash [and] a needlessly destructive review puts everything at risk. Years of work… are in jeopardy.”

Here is the nub of the argument. The theatre, like any enterprise, needs money to survive. But the relationship between the arts and their commercial sponsors is a closed circle in which the critic has no place. Whatever Elliott may believe, critics do not seek to prevent the truth about an artist’s genius from reaching the world. Indeed, they often have the opposite effect: Ibsen would probably not have reached the English stage of his day had it not been for the enthusiastic sponsorship of George Bernard Shaw.

But neither should critics talk up the theatre’s achievement in the belief that art is a fragile flower which needs their nurture. The theatre sees a review as the last link in a golden chain called publicity and critics as their collaborators in a grand mission called ‘Keeping the Arts Alive’. But they are not. Criticism is a branch of journalism; it owes a duty to playgoers alone and to playmakers not at all.

Moreover, a review is not an absolute truth. The extent to which it is relied upon is the extent to which it is seen as reliable, which is to say how closely the reviewer’s summary has in the past corresponded to the reader’s own impression. If a reviewer concludes that a production is tedious or ill-conceived or electrifying or sublime there is an outside chance that it actually is one or some or all of these things. If it is bad and the reviewer says it is good for fear the director’s children may go starving to school, no one’s interests are served – except perhaps those children’s.

I have heard actors – ones I admired, for the most part – say they never read reviews. I didn’t believe them, of course. I believe Elliott when he says “every word, every choice of phrase, is mulled over”. They can’t help it because it’s human nature to wonder and worry about what others think of us.

Theatre types are fond of saying the standard of theatre criticism here is not a patch on London’s or New York’s (though they fall silent when I ask them whether the theatre is). We don’t get Alan Rickman and Helen Mirren doing Antony and Cleopatra; they don’t get Bernard Levin saying, “I respectfully suggest that they do the next one off stage and save us the pain of involuntary eavesdropping.”

If anything, critics here are not critical enough; certainly the reviews I regret are those in which I was too kind, not too cruel. But actors are like the rest of us. They regard praise as their due and criticism as a monstrous slight offered by an idiot.

Meanwhile, the paying public, in whose interests we write, pay as much to see a woeful production as a wonderful one. A ‘bad’ review is one that treats them the same, that turns a blind eye to the second-rate for fear that if we don’t put up with bad theatre, we will have no theatre at all.