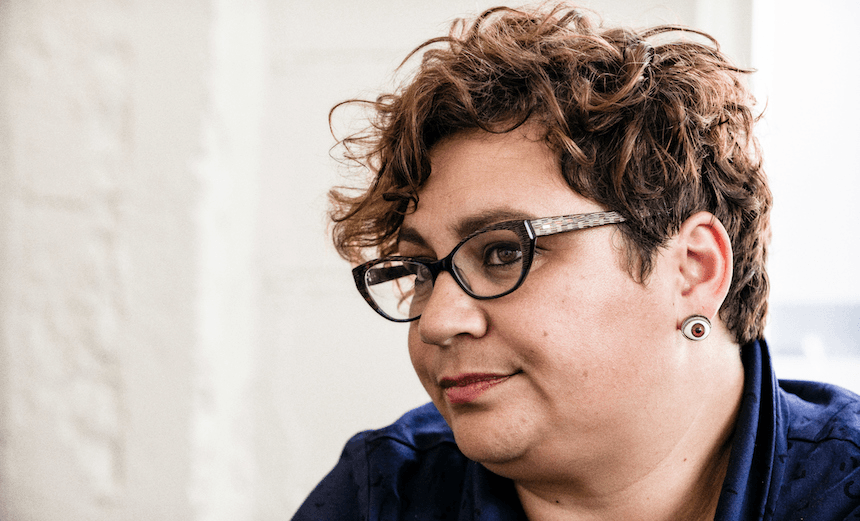 Were journalists ‘just doing their job’ in the political resignation of Metiria Turei?

Massey University’s Sean Phelan and Leon Salter look at the role media played in of one the biggest controversies of the last election.

Many political commentators had predicted an easy victory for the ruling National party, but this was turned on its head by a chain of events that saw Turei resign as Green party co-leader – and effectively from parliament – less than four weeks later. In the middle of it all, Jacinda Ardern was appointed as Labour party leader, partly in response to polls suggesting Labour was losing support to the Greens.

In our research we examined the role of journalism in animating the Turei controversy and the different perceptions of professional journalists and online commentators sympathetic to Turei’s left politics.

Turei’s speech outlined a policy that challenged the neoliberal consensus of the past 30 years by pledging to increase welfare payments for “every single beneficiary by 20% and remove disciplinary penalties for welfare beneficiaries”.

But the part that attracted most media interest was Turei’s personal story about her experiences of the New Zealand welfare system as a single parent, Māori woman and law student in the 1990s. Most significantly, she revealed “the lie I had to tell to keep my financial life under control” by not informing the welfare authorities about the flatmates she had when receiving rent support payments.

The initial reaction in journalistic opinion pieces and commentary was predictably mixed and divisive. Some journalists condemned Turei for welfare “fraud”, while others communicated their support. The case mobilised Turei’s supporters on social media, where they used the Twitter hashtag #IamMetiria to share their own punitive experiences of the country’s welfare system.

The focus on journalism’s role in the controversy intensified after the publication of an opinion piece by Patrick Gower, who was then political editor of Newshub. Gower accused Turei of manipulating “the media and the public” by trying to exploit her personal story for political gain.

In a drip-feed fashion, different details emerged that intensified media scrutiny of Turei, including a Newshub story that revealed she had registered at an electoral address that wasn’t her home in 1993. The political stakes rose even higher when two of Turei’s parliamentary colleagues resigned in protest at her initial refusal to step down as co-leader.

Our analysis highlighted a marked division in the responses of professional journalists and online commentators. Journalists insisted they were simply “doing their job” by interrogating Turei’s story. Online critics accused journalists of hounding Turei, and attributed significant responsibility to media for her political demise.

For example, in this column, Rachel Stewart mocked the claims of Turei’s online supporters that journalism was somehow to blame for her political fate:

Blaming the media – or anyone – for a political misfire of the Greens’ own making, is about as pointless as expecting sharks to stop liking blood. Not going to happen.

…there is in fact nothing natural, inevitable or necessary about a narrow understanding of journalism which has no regard for social value.

Our study highlighted how evaluation of journalism is increasingly the subject of antagonistic disputes between journalists and non-journalists, operating in different regions of what the political communication scholar Andrew Chadwick calls today’s “hybrid media system”. We showed how journalists negotiate these antagonisms partly through a self-serving depiction of online publics as inherently irrational.

Journalists’ defensiveness to ubiquitous online critique is in one sense understandable. The complex entity we call “the media” can be made to sound like an undifferentiated blob. But journalistic dismissals of “social media” can be similarly reductive. In the Turei case, these obscured the capacity of online commentators to produce perceptive critiques of journalism.

Our study illuminated what can and cannot be said about journalism in the middle of a high-stakes political drama. On the eve of Turei’s resignation, the Green’s other co-leader, James Shaw (now a government minister), gave a media interview in which he said:

…people should just calm down … and realise the media have just been doing their job.

Shaw’s comments were – not surprisingly – lauded by many journalists and, read literally, affirmed the dominant journalistic interpretation of the controversy.

But a month later, Shaw offered a more convincing diagnosis of the case. He noted how parts of the media “really went beyond reasonable bounds” in their coverage of Turei.

How journalists do their job is the product of a constellation of economic, political, social, cultural and historical forces. Much like Turei’s attempt to bring attention to punitive aspects of the country’s welfare system, these cannot be understood independently of the neoliberal imperatives that have dominated New Zealand politics since the 1980s.

But the fact it is still difficult to make these arguments when talking about journalism in mainstream media says something about the nature of journalism’s representational power and its vulnerability to forms of online critique that ultimately democratise public conversations about journalism practice.

Affirming the democratic capacity of online publics should not be construed as denying some of the profound limitations of today’s digital culture and its obscene business models. These have become very visible to all of us in the aftermath of the Christchurch mosque attacks.

Rather, it is to suggest that the thing we call “social media” should not be reduced to a one-dimensional pejorative category. For all its faults, online culture has given greater public visibility to legitimate critiques of journalism that are still less likely to be talked about – and heard – in traditional news media.