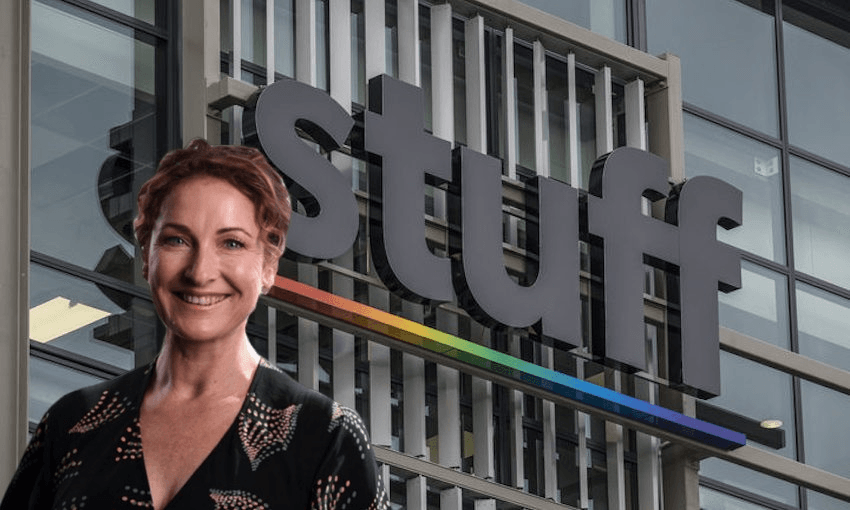 The Fold: Stuff owner Sinead Boucher on how she bought the company for $1

Summer reissue: The Fold’s very first guest is back to tell Duncan Greive how she pulled off the media deal of the year.

The chaotic couple of weeks which finally saw the end of the Stuff-NZME saga were riveting and strange, replete with stock exchange announcements, legal challenges and finally the acquisition of New Zealand’s most-viewed news platform by its CEO for just $1.

Six months after she appeared on the very first episode of The Spinoff’s media podcast, The Fold, I had Stuff CEO – and now Stuff’s sole owner – Sinead Boucher back to the show. She recounts those extraordinary few weeks, from the collapse of Bauer NZ, to just how brutalised ad revenues got in lockdown, the bailout package and the strange forces impacting journalism during level four.

Sinead casually reveals what happened behind the scenes during those hectic times, and plots out the future for Stuff – New Zealand’s biggest employer of journalists, and the closest thing to a truly national news network that exists in this country. For those in and around the media, who watched the manoeuvring of our two print media giants with awe and popcorn, it’s a pretty fascinating hour.