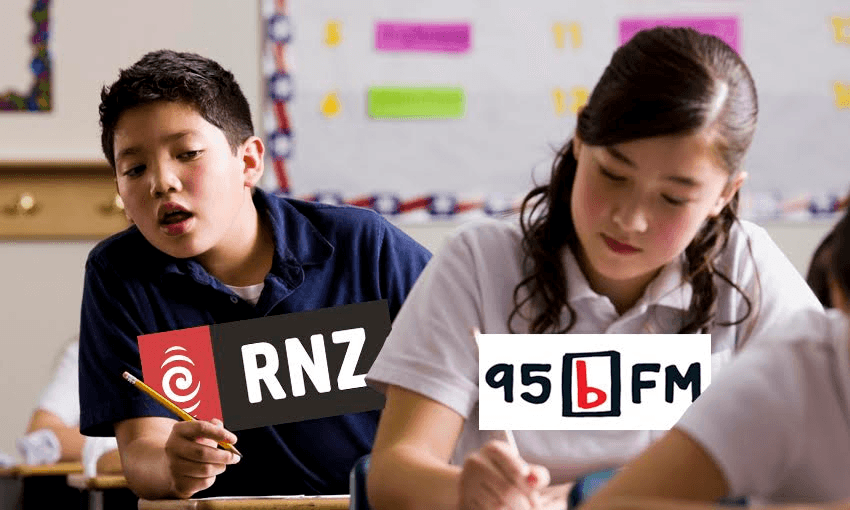 What RNZ’s ‘youth network’ could learn from student radio

If RNZ hopes to court the youth audience with its new brand it should take some cues from the ones who’ve had that audience all along: student radio.

RNZ has had a month from hell. News the state-run broadcaster was considering scaling back its long-running RNZ Concert network to make room for a new youth-focused station prompted a barrage of outrage, forcing a sheepish walk-back just days later. The suggestion that the classical music network be moved to an automated AM broadcast awoke a sleeping giant in Concert fans. But in the debate over the future of RNZ’s broadcast frequencies, there was another significant issue that got a lot less coverage: is there really an audience for a new youth radio network?

Central to the proposal is that the youth service – now set to operate on a separate frequency to Concert – will be run by actual young people. But what about the impact on youth-run broadcast networks that already exist: student radio stations? Through NZ On Air, the government subsidises a group of five student radio stations known as the Student Radio Network. Sean Norling is the manager of one of them, Otago University’s Radio One. He says it may prove difficult to open a new youth-focused station in 2020. “I would be talking absolute bullshit if I said young people listen to the radio as much as they did before the internet came about,” he says. While the radio sector as a whole remains profitable, it’s more driven by the die-hard habits of older listeners than the onboarding of new young listeners.

“Terrestrial radio is a cockroach that will never die,” Norling says. It’s the local focus of the radio stations dotted around New Zealand that keeps the audience engaged, he says. “You’re not going to drill into aspects of your community on Spotify.”

Stations like Radio One have been building a dedicated audience and reputation over decades; meanwhile, RNZ admits that its current audience is predominantly older, and whiter, than it should be. But in targeting a demographic quite different from its established audience, RNZ may find building a new youth listenership challenging. “We had the fortune of coming about in the 1980s, when the internet didn’t exist and streaming services like Spotify hadn’t fundamentally disrupted terrestrial radio,” Norling says. “RNZ has a lot more to compete and contend with.”

RNZ has cited Australia’s public youth network, Triple J, as a major inspiration for the proposed service, and originally consulted Triple J content director Ollie Wards when planning began for its own similar network. “RNZ approached me to write a research paper for them about the opportunity for a youth network in New Zealand,” said Wards in an interview with RNZ earlier this month. “A team of them actually came over to Triple J recently to meet with us.”

According to Wards, the main topic of discussion at the meeting was how to properly speak to a youth demographic. He told his New Zealand counterparts they should “[meet the audience] where they are,” he later recounted. “You need to be making content with the way that young people consume it in mind.”

RNZ’s last attempt at capturing that desirable youth demographic was The Wireless, a web platform divorced from RNZ’s traditional broadcasting model and instead focused on online articles and videos. In 2018, five years after launch, The Wireless was quietly reintegrated into RNZ’s main website, having failed to make significant inroads with its youth audience. RNZ stopped publishing content under The Wireless banner soon after. Now it appears that even before The Wireless was closed, initial planning for the new youth network was already underway. RNZ CEO Paul Thompson says the new station won’t just be an audio version of its failed youth news operation, however. “[The Wireless] didn’t have the broadcast component in it and that’s what will make this proposal far more effective,” he told RNZ’s Mediawatch.

Australia’s Triple J network celebrated its 45th anniversary last month. It has maintained a steady audience over the decades by developing a dialogue with its listeners and eventually adapting to the online world. If RNZ is to conquer a youth audience, it will need to advance on all fronts. “Radio in the present day needs to be much more than terrestrial broadcasts. It needs experiential content, it needs online. It needs an articulated media strategy that doesn’t just rely on radio waves to reach an audience,” says Norling.

This is especially true for a demographic that, by its very nature, is constantly changing. “Regenerating your listenership is fundamental when you’re talking about this weird concept of ‘youth’ which is hard to define,” says Norling. That’s been key to the longevity of Radio One, which has existed for nearly four decades. Finding new listeners is essential as the existing audience ages out of the demographic.

The success of student radio is in large part due to its presence within university culture. Simply by basing themselves on campus, stations are able to deeply engage with their listeners – some of whom have never even listened to radio before. “Recent surveys peg listenership at about a third of the student body in any given year,” says Norling. “When I talk about regenerating our listenership, I mean that every new student knows who we are when they walk into university for the first time.”

In contrast to commercial radio, there’s an abiding relationship between local stations and their communities, and a symbiosis between fledgling musical artists and student radio. Auckland’s 95bFM, for example, hosts frequent events where local musicians are able to perform live in the city centre for on-air broadcast. The grassroots nature of student radio is an invaluable asset to growing musicians, says Caitlin McIlhagga, the station manager of 95bFM,. “We’re focused on that very beginning stage for artists coming through,” she says. “Student radio is here to be a platform for new talent.”

RNZ has pledged to broadcast an “unrivalled level” of local music on its new service, but the national broadcaster may struggle to build relationships with the numerous local music scenes dotted across New Zealand. “If RNZ is going to have a centralised youth network it’s going to miss the grassroots opportunities,” Norling says, noting that the unique strength of student radio is its proximity to each region’s musical scene. RNZ may find itself stretched too thin as a nationwide station, he says, “unless it decides to collaborate with entities like the Student Radio Network.”

This sort of guarded optimism about the prospect of a state-funded peer is a common sentiment at student radio stations. While many are sceptical of RNZ’s ability to find a youth audience, Norling and McIlhagga are both excited by the potential for collaboration with an RNZ youth station. “I just think we are a more bona fide representation of the youth community that they would look to engage with,” says Norling. “We’re more connected to dynamic youth communities than anyone else in the radio game.”

RNZ hasn’t announced firm plans, but has said it is considering shared content between themselves and the Student Radio Network. The broadcaster hasn’t commented on any closer collaboration between the two entities just yet.

It’s hard to argue that student radio doesn’t enjoy a unique position within New Zealand’s youth culture. The constant stream of new volunteers, musicians and perspectives mean that student radio has been evolving alongside student life for decades. “We don’t sit around and think ‘what are the kids doing these days?’”, McIlhagga says. “We look at what’s happening around us, because we’re part of that community. That keeps us up to date naturally – it’s inherent in what we do, we constantly get pushed to be on the edge of what’s new.”

A nationwide station risks finding itself unable to connect with any individual region’s listenership. Student radio has traditionally picked up the local youth audiences that national stations leave behind, and if RNZ hopes to engage that audience now, it might need help from the people who have been doing it all along. “For the last 50 years this has been [the Student Radio Network’s] bread and butter, engaging with and representing youth communities in our respective areas,” says Norling.

“I would hope that any new youth broadcasters would recognise that value in us and see it as an opportunity to collaborate with us, rather than compete with us.”