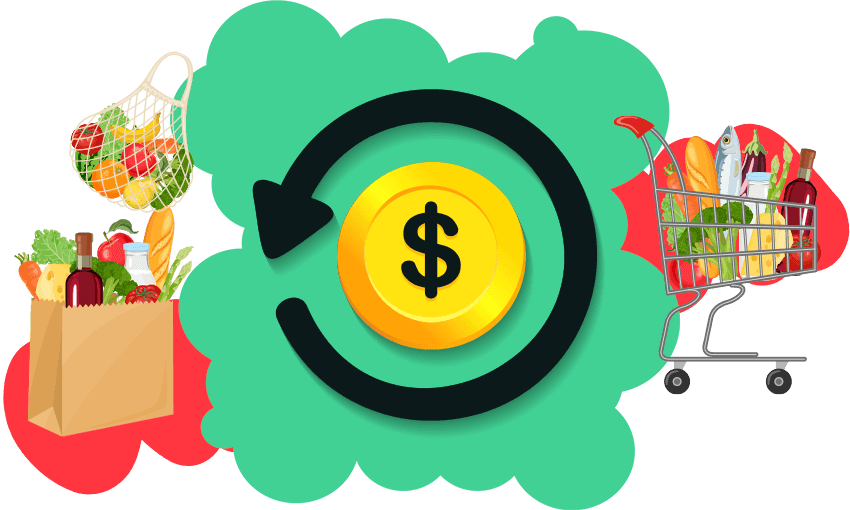 Don’t mistake supermarket price changes for genuine sacrifice or competition, writes Jacob Flanagan in a follow-up to his analysis of Countdown’s ‘price freeze’.

Supermarket chain Foodstuffs New Zealand has announced a temporary drop in prices on some of the most popular items in their New World, Pak’nSave and Four Square stores. From today, the price of 110 of their most bought items will return to what they averaged between 25 January and 25 April last year, and remain there for 13 weeks.

It follows Countdown temporarily freezing the prices on a list of items they labelled essentials, a move that was criticised, including by me, for failing to include actual essentials like fresh fruit or toilet paper. It did however price-freeze a wide range of desserts, confectionery and $90-per-kilogram smoked salmon.

The combination of global high petrol prices, Covid-induced supply breakdowns and increases to the minimum wage that many supermarket staff are paid has led to the highest annual inflation since 1990, which will likely be felt more keenly by those on low incomes.

“The next few months will be challenging for New Zealand households, so this is something meaningful we can do as a business to help out,” said Foodstuffs managing director Chris Quin, announcing the move.

The prices of the specific “rollback” items, the list of which will be released today, will drop by an average of 10%.

Food prices are currently 6.4% higher than this time last year, so this 10% decrease suggests the Foodstuffs conglomerate – which also owns bottle store Liquorland and wholesaler Gilmours – may help New Zealanders struggling with the cost of living.

However, a deep dive into the Foodstuffs rollback is revealing. Unfortunately, it involves examining two very scary things – accounting and marketing.

Indeed, of the five items that we know will be rolled back, four belong to Foodstuffs’ private labels.

“[Foodstuffs] are trying to aim at the most price-sensitive customers” argued Gow, to convince them to buy more of the private label products, as “Foodstuffs will be able to gain from that because they get a double margin”.

The double margin Gow mentions refers to the fact that, on their private labels, supermarkets are both the retailer and the supplier, so can make higher profits.

The Commerce Commission expressed similar worries about this in its report on the industry, saying supermarkets focus on private labels “because of the potentially higher margins available on such products, as the retailer earns both the upstream and downstream margins”.

A 2019 American study found that supermarkets’ gross profit margin was about 35% for private labels, compared to 26% for other brands. (The same greater margin on private labels likely applies in Aotearoa, but with even higher gross profit – about 33% on all goods.)

This is also why Foodstuffs’ rollback, like Countdown’s price freeze, will likely feature limited fresh produce – it’s harder for supermarkets to sell their own private label fruits and veggies, and therefore they aren’t as profitable.

The rollback’s focus on private labels means it is less of a sacrifice than it first appears for three other reasons.

Second, promoting private labels increases the power supermarkets have over their suppliers. Food suppliers have long complained that the supermarket duopoly’s 90% market share already makes it nearly impossible to compete. Suppliers who are brave enough to speak up are bullied and threatened with their products being cut. By shifting customers towards more of their private label products, supermarkets will gain even more power over suppliers, allowing Foodstuffs and Woolworths to further increase their prices and their profits. The Commerce Commission is also concerned about this: private labels “serve to reduce inter-brand competition, with consumers facing a reduced range of products or higher prices”, it said in its report.

Third, the few items that Foodstuffs advertised they will be rolling back to below cost, as a supposed token of their sacrifice, are almost certainly “loss leaders” – items that they already sell below cost anyway. While Foodstuffs refused to confirm how many or which items would be sold for less than they bought them, common loss leader items such as the cheapest varieties of milk, eggs and bread will likely be among them. This strategy is not to generously lose themselves money to help you save, but to entice you into the store with the promise of cheap essentials, knowing that you’ll likely buy chocolates, alcohol or meat, which they make large profit on, so they more than make their money back. That’s why milk, eggs, and bread are almost always at the back of the store, so you have to walk past the enticing goodies that they make large profits on. Ever gone to the supermarket to buy one bottle of milk, and come back with a full trolley? That’s deliberate.

This latest price change also serves to distract from the true problem in the supermarket industry – a lack of competition, allowing unusually large profits. The Commerce Commission found Foodstuffs and Woolworths had managed to take around 90% of the market share, which in turn allows unusually high profits, and means small competitors struggle. The use of restrictive land covenants which prevent new competitors starting up, confusing prices and promotions, and a range of marketing tricks mean that New Zealanders spend more than most countries, about the fifth most in the OECD. This allows the industry to make profits that are approximately a million dollars a day more than if there was fair competition.

While living in a small, isolated nation like Aotearoa does contribute to our high food costs, the supermarkets are absolutely creaming it (even during alert level four lockdown, supermarkets had record high sales, while almost every other industry suffered), and this rollback won’t change that.

Foodstuffs’ move is a decent one that may help lower the cost of living for the next 13 weeks, but it does nothing for the long-term problem of a lack of supermarket competition. The earlier example of saving $4.24 on a $100 shop was charitable to supermarkets: even the most careful household would struggle to buy all its groceries from a list that will largely exclude fruits and vegetables, which have gone up significantly in price since last year.

Many New Zealanders will still struggle to feed their families, while supermarket owners flaunt their wealth on the Rich List.

Update (May 17, 2022): A Foodstuffs representative says as the company doesn’t manufacture any of its private-label products, it doesn’t make any extra margin on them. “The suppliers of our private-label products make margin from the sales just like on any other product they supply, so the idea of a ‘double margin’ coming to us as the retailer is not correct. We offer private label products to give our customers choice, providing great-quality lower-cost options for New Zealanders.”