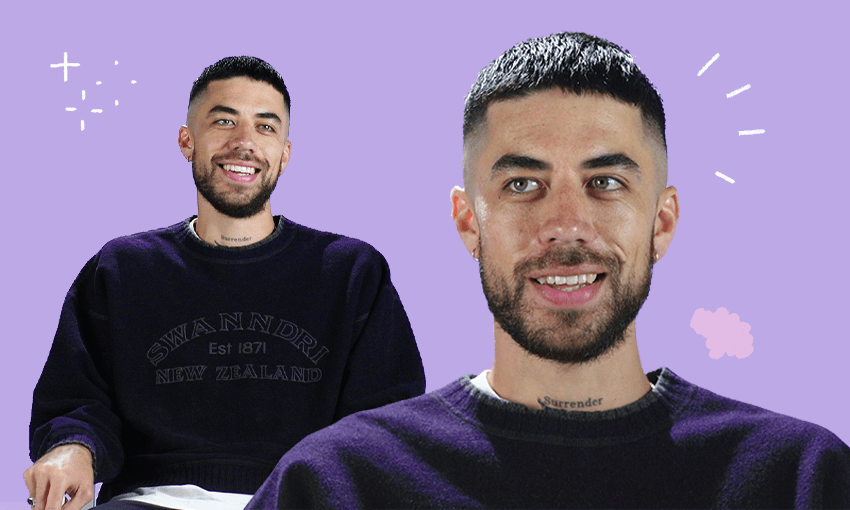 How Teeks first discovered his voice

Teeks tells us about the importance of kapa haka, learning a valuable money lesson, the Adele album that holds a special place in his heart and more in this week’s episode of FIRST.

Somewhere in the world right now, somebody is probably crying because of Teeks. The Northland soul singer has written some of Aotearoa’s biggest tearjerkers of modern times – so it may come as a surprise when he admits: “I don’t know if I’ve ever cried listening to music”.

“It’s so bad, because I write songs that are so sad,” he laughs.

Released earlier this year, Te Karehana Gardiner-Toi’s debut LP Something to Feel is a sad song masterpiece. It also represents another step up from 2017’s Grapefruit Skies EP, which first introduced the world to a voice that’s been stopping new listeners in their tracks ever since.

Teeks says he first discovered his singing voice in primary school, at kapa haka practice. “That’s when I realised, ‘oh, I think I’m actually pretty good at this’,” he says. “I remember the way it made me feel … that’s why I never considered doing anything else. It just felt so good to sing.”

Teeks’ Something to Feel NZ album tour is this month. For more information visit thisteeks.com