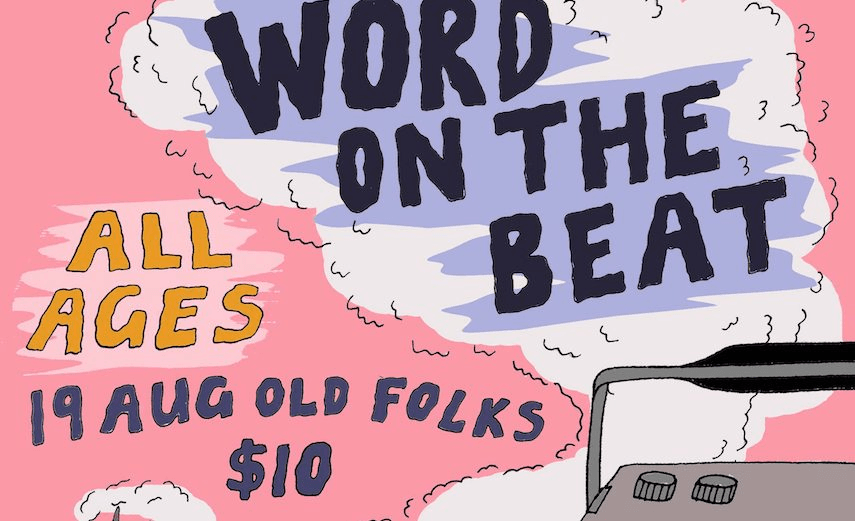 An underager and proud of it: why one young music fan is bucking against NZ’s drinking culture

By Elleana Dumper
Guest writer
Made possible by

Later this month 17-year-old music promoter Elleana Dumper will put on her first all-ages show with help from Ignite, a training programme for young people with a passion for music and events. She asks why young music fans are missing out for the sake of New Zealand’s ‘drink till you drop’ culture.

At 17, I officially class myself as an under-ager. I think of 18 like a goal – it’s when we’re supposed to leave home, or at least think about it. When we get to make decisions without mum and/or dad breathing down our necks. When we get to go to concerts. And not just get past security at concerts, but drink alcohol at concerts. In many cases, drink a lot!

But it’s New Zealand’s drinking culture and its close association with the music scene that’s partially responsible for preventing me and my friends from seeing our favourite bands play live.

What’s more, slapping an R18 restriction on a gig so you can sell booze just reinforces the notion that live music is linked to getting wasted. What sort of message does that send to young people?

Someone is seriously missing the point about music here. For young people, live music is an immensely powerful thing: it’s about self-expression, connection and, for some, escapism. And yet every time an R18 restriction is placed on a gig, we’re denied the chance to experience these things.

I was heartbroken when this year’s Laneway Festival line-up was announced: Leisure, GoldLink, The Internet and Flume are some of my favourite acts. But I’m 17 (remember?) and I couldn’t go. Well, I couldn’t buy a ticket and walk through the gate. I could, however, stand on a rubbish bin outside the gates, with a minuscule vision of the stage. And I did, as did my friends – perched atop a rubbish bin from 12pm until 10pm.

The funny thing is, it was probably us who gained more out of Laneway than those inside. We were there for free, for the thrill, for the right reasons. What’s even funnier is we, the apparent delinquents, weren’t really the trouble-makers at all. Just do a quick Google search of ‘laneway live cross drunk’ and you’ll see what I mean.

And don’t get me started on the inflexible licensing at many popular music venues around Auckland, which leaves only a handful of all-age havens for under 18s. That situation only seems to be getting worse, with the respected Ellen Melville Hall currently under renovation for a year.

Still, I’m proud to be part of the ‘underagers’ club. We’re part of a thriving community of young people who are determined not to let R18 restrictions and the country’s drinking culture ruin our fun. It’s why I signed up earlier this year to a new programme called Ignite, which offered young Aucklanders the chance to learn about the music industry, from running all-ages gigs to promoting and marketing your own shows.

With the help of experienced industry mentors and some generous crowdfunding thanks to Boosted, the Ignite participants put on some amazing all-ages shows. They proved through hard work and perseverance that it could be done. I couldn’t have imagined how complicated organising an all-age event could be, from coming up with a budget to sorting out a suitable venue. So I do sympathise with mainstream promoters who need to get people in the door and make money.

I’ve faced a few hurdles in sorting out my upcoming gig, like lining up the artists, the venue and the date. It’s no walk in the park. But with things moving forward, I’m excited to showcase artists from The Grow Room, an upcoming hip-hop collective that I first encountered at another all-age gig. If there’s one great thing about the all-age scene, it is that we are one step ahead of the game, exposing bundles of fresh talented youth for the future of the industry.

So I’m laying down a challenge. If at the age of 17, I can care enough to learn how to run events and make them more inclusive for young people – for all music lovers – so should the promoters who put on these gigs as a career. And while they’re at it, perhaps they might like to consider how they too could challenge the ridiculous notion that to enjoy a gig you have to drink yourself stupid.