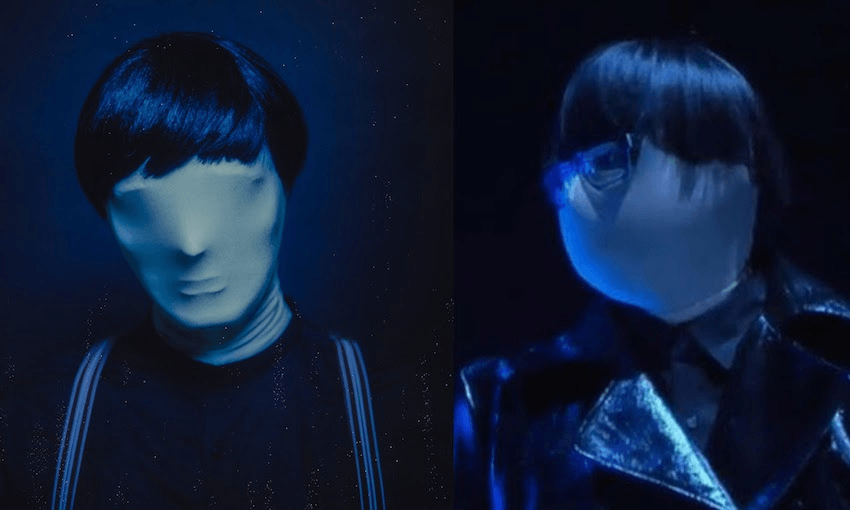 By Chelsea Nikkel
Guest writer
Made possible by

Yesterday, on Facebook and Twitter, Chelsea Nikkel, known to many as Princess Chelsea, accused St Vincent of plagiarising her labelmate Jonathan Bree at Coachella. Today for The Spinoff, she expands on her argument.

Ok, so I did an angry ranty Facebook post including some words in ALL CAPS claiming that St Vincent ripped-off Jonathan Bree’s aesthetic for her recent performance at Coachella. I’m a little bit regretful at my tenor, but now some people have noticed it (honestly that was my intention) so I can’t really take it down or I’ll look dumb. Also, I boosted the post for $40 and that is a lot of money so may as well surf the viral wave.

Not only have I exposed myself to hordes of angry St Vincent fans, I have also ruined the chill apathetic persona I have been crafting online since I signed up for Twitter back in 2009. No amount of retweeting Coffee Dad or posting pics of me smiling graciously while standing in front of five capybaras is going to change that. Some people on the internet told me to calm down and they are probably right. This is kind of funny, right?

Yeah. But, this situation does bring up some interesting questions about intellectual property. When does borrowing become plagiarism? Is it reasonable to claim an idea as simple and as broad as ‘wearing a mask’ as your own? Is that what’s happening here? I definitely ripped off Skeeter Davis on purpose. Is that ok because I admit it? Does my hypocrisy prove that borrowing ideas is part of “the territory” as an artist? Does it matter?

Here in New Zealand, we like to support our own and this is a great angle for a news story: an independent underdog has his ideas (allegedly) stolen by an evil multi-corporate major label catering for the mindie festival experience. So I was totally not surprised to receive an invitation to write this piece by the elitist lefties at The Spinoff. This is much better and has even more clickbait potential than a story about the surge in the price of cauliflower since the epic storm that blew down a tree on Summer Street in Ponsonby. We really need news items over here.

Am I or any New Zealander who agrees with me just seeing this situation how we want to see it so we can feel more validated because we’re insecure as a nation?

Did Jonathan Bree invent the mask? Is he the first guy to wear a mask on stage? No. I’m not super intelligent but I’m pretty sure he didn’t invent the mask. I don’t even think he was the first performer to wear a mask certainly not in the history of music or performance art. To claim that this indie guy Jonathan Bree from New Zealand came up with the concept of wearing a mask on stage is delusional.

The Mummies, The Phantom of The Opera, Daft Punk, Buckethead, Gwar, Ghost, Blue Man Group, KISS, many black metal bands… there’s a lot of musicians who wear masks in one way or another. I recall watching the 1994 American fantasy superhero comedy The Mask as a child and thinking it was a cool and fun movie. Even at a young age, I could certainly appreciate the styling as ‘lit’. What I would say is most of the artists I can think of who’ve done this mask shit on stage have approached it from their own unique perspective.

I would describe The Mummies as a more of an Egyptian-chic take on the masked character. The styling for the character Erik from Phantom Of The Opera was approached from a less is more angle, whereas Daft Punk went more for a ‘helmet centric’ version. The musician Buckethead from a later lineup of Guns N’ Roses really honed in on the ‘wearing an empty KFC bucket upside down while epically shredding’ angle and GWAR did ghoulish monster suits.

Jonathan’s masked character and his band of mannequin-esque masked performers initially appeared in 2014 in his music video for ‘Weird Hardcore’. After first trying a straight spandex material over the face Jonathan realised not only was it terribly uncomfortable but all facial features were squashed and made everyone look like weird sausage people. After much trial and error, he discovered that placing a generic plastic mask underneath the spandex mask created a creepy mannequin-esque look with a blank white face and distinctive cheekbones or plastic bone structure.

Working with stylist Sarah Voon, half the band were then given 60s mod mop-top wigs and the classical musicians were given white 18th century-style wigs. In recent years, the classical wigs proved too expensive to rent, so Jonathan began regularly using the shittier black and white mod wigs which you could buy from dollar stores.

To put it more simply:

This specific and heady visual calculation is best displayed in this live clip taken from the Others Way Festival last September and in his music video for ‘You’re So Cool‘ released in August 2017. There are some more videos too.

While it is a great track, ‘You’re So Cool’’s striking visual style, including all of the elements listed above, saw it quickly go viral – it currently has almost 3.5 million views on YouTube. It was named one of the best music videos of 2017 by Time Out New York who called Jonathan “100% the boldest and weirdest music video director working today”.

When a friend emailed a screencap of St Vincent’s live show at Coachella I did a double take. Below are some pictures. Jonathan’s band is on the left, St Vincent’s on the right:

I legit thought this was Jonathan at first glance.

I would definitely say that while the St Vincent performer has some kind of plastic structure underneath the spandex mask they still appear more sausagey looking than Jonathan’s character who has stellar plastic cheekbones. The St Vincent performer does have much nicer hair however and a bad-boy leather jacket. Jonathan’s masked character is wearing dorky suspenders.

St Vincent’s drummer is definitely more manly and buff than Jonathan’s dorky drummer and he has white hair, not black. They are both wearing headphones but Jonathan Bree did not invent headphones to the best of my knowledge.

Could this just all be a coincidence? Maybe.

I think the truth lies somewhere along these lines. St Vincent has likely never heard of Jonathan Bree and is a real nice lady. However, someone working in her set design and costume department for Coachella likely saw the viral ‘You’re So Cool’ music video and thought ‘that looks cool’.

I asked Sarah Voon, who worked as a stylist for the band on the masked video for ‘Weird Hardcore’ and ‘You’re So Cool’ for an official response. She said: “This sucks ass.”

I asked Jonathan Bree for an official response and he said: “I don’t want to get involved in this shit.”