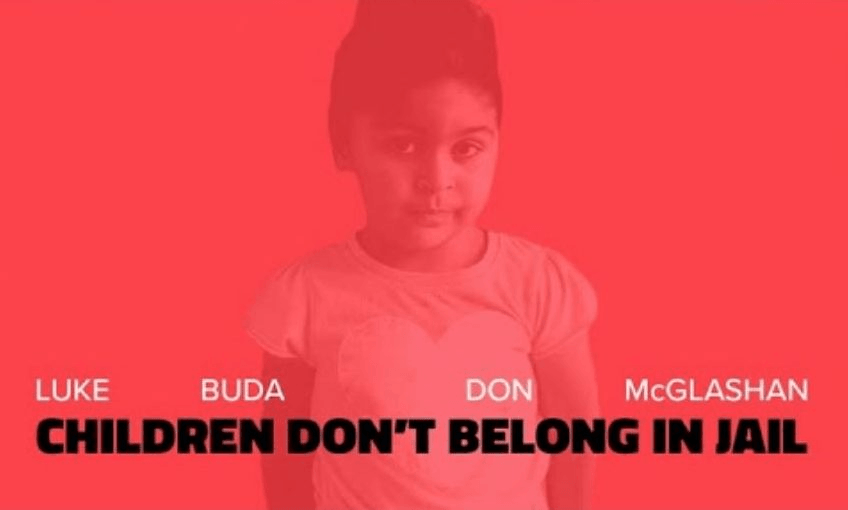 Luke Buda and Don McGlashan have today released “Children Don’t Belong in Jail”, a protest song about the refugee children detained on Nauru. The song, released in association with trans-Tasman advocacy group Mums 4 Refugees in the leadup to Universal Children’s Day on 20 November, seeks to add energy to and raise funds for calls to get the children and their families off the island. Here Buda explains the background.

I have felt very upset and outraged by the reports coming out of Nauru, especially the stories of children as young as five engaging in serious self harm.

We wrote this song to raise awareness of what is happening in offshore detention, in the hope that more people will sign up to the campaign to pressure the Australian government to end the horror they have created for these little kids and their families.

It took me AGES to get the song to a place I was happy with it as a piece of music and as a vehicle for the message. First attempt was too cheerful. Second attempt was too dour.

I asked Don because I was intimidated by the seriousness of the subject matter. I had the chorus. He just seemed like the correct choice and he was.

“Don’t Belong in Jail” is available on iTunes and Spotify.