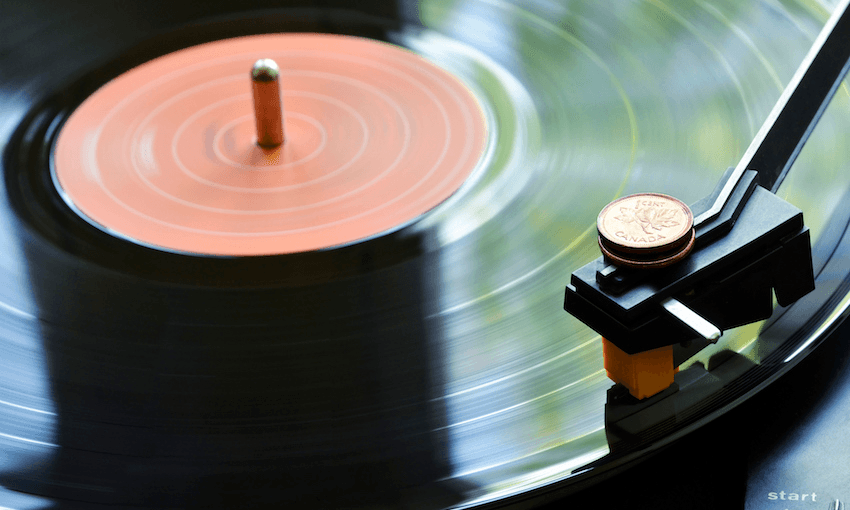 Welcome to the Cheat Sheet, a clickable, shareable, bite-sized FAQ on the news of the moment. Today we dissect the stats showing growth in New Zealand music revenue.

I’ve been hearing about the decline in the music industry for as long as I can remember. Is it still that bad?

Nah, that’s old news! Well, kind of. The New Zealand music industry’s revenue is actually growing, and it’s growing each year. New Zealanders are paying for more music than they have in years. In the digital age, paying for music subscriptions is becoming so time-saving and easy it’s drawing in huge crowds, and that’s sending music revenue higher and higher.

How much has it increased?

Downloads and physical music purchases decreased to make way for this streaming growth, and public performance spending grew by $600,000.

What does all of this actually tell us about New Zealand music?

The data shows that broadly, the music industry is making more money in New Zealand, but it’s not known how much of this stays in New Zealand. Amounts like what percentage our artists and record labels are getting and how much the local industry makes from international tours stopping by are not made available.

Last year, Ben Howe, founder of Arch Hill Recordings, managing director at Flying Nun Records and partner in record store/distributor Flying Out told The Spinoff, “we don’t actually know if the New Zealand music recorded industry is growing or not. The only thing it is safe to assume is that the actual New Zealand music industry is likely to be a small fraction of the (2016 figure of) $86 million.”

“All these new figures actually show us is that the music industry operating in New Zealand – which is mostly imported music – is growing.” The $98.8 million total for 2017 includes any money spent on international acts, and it’s unclear how much of this goes overseas.

So should I be happy about the growth?

Sure! More money being spent means more money for musicians, and more music for us. It’s just hard to gauge a true idea of the kind of money being earned and spent on music here in New Zealand.

Recorded Music NZ CEO Damian Vaughan recognises that there’s no break down of the amount that’s being kept in New Zealand, and has said a “substantial chunk” is kept in the country by major record labels who invest the money back into their local organisations and local acts.

Okay. Why is streaming so popular?

Platforms like Spotify and Apple Music have made it easy for fans to find all the music they want in one place. Pay one monthly sum and you can have all the music you want, whenever you want it. Spotify also has a free option that pays artists through advertising, so people who can’t afford a subscription or don’t want to pay still have free access to a high-quality catalogue of music.

And the price of streaming services is a steal. CDs are still selling for around $20 each, but a normal Spotify subscription costs around $15 per month for unlimited music. There’s even a discounted student rate. It’s a no-brainer really. People want to make the most of their money.

In 2015, streaming only made up 35% of New Zealand’s music revenue. This has increased to 62% in 2017. Music revenue seems to be running the same curve in the US, with streaming going up and physical and download numbers slowing over the past few years.

Five years ago CDs were still in common use, but there’s not much convenience in owning them anymore. What was once the most lightweight and portable option has faded into the background for many of us, but the market for the ol’ Compact Disc isn’t dead just yet.

Trends come around every few years. Hipsters have revived vinyl (in fact, vinyl sales are up 9% from 2016) and some oldies will still be using cassettes. Physical music will always be a nice novelty, a relic of the past, but its popularity will probably continue to dwindle as people embrace the stream.

Is illegal downloading still a thing?

YouTube has denied claims recently about their significance as a music service, despite 82% of their users streaming music from the site. One worldwide report showed half (49%) of 16-24-year-olds ripped music illegally from sites such as YouTube.

Recorded Music NZ CEO Damian Vaughan is planning a fight against this piracy, saying “in 2018 Recorded Music NZ will ensure copyright, which is the foundation of music, is front and centre with our legislators as we proceed through the review of the NZ Copyright Act.”

“Without strong copyright law which enables songwriters, performers and recording artists to control how their music is used and how they make a living from their creativity, our local industry will suffer and go backwards.”

It’s hard to tell how recorded music will face up to a giant like YouTube, especially when the company itself is denying its role in stream ripping.

So how does NZ compare with, say the United States?

The US music industry revenue hit $8.72 billion last year, which, much like ours, was a double-digit percentage increase on 2016. In the US CD sales are also down, likewise with digital downloads, which the New Zealand market mirrors.

So it seems New Zealand is riding the same wave, consuming music in the same way as consumers overseas.

What does this all mean for me, the humble fan?

Well, more money basically means more to invest. For every dollar made comes new opportunities for musicians to get discovered and showcased here and around the world.

Hopefully the effects will mean more money for New Zealand music and its development, but for now, there’s no measure.

As a fan of music, New Zealand made or not, it’s important that the industry is growing financially, providing us with content and hopefully making the industry a more viable option for people to get involved in here in New Zealand.