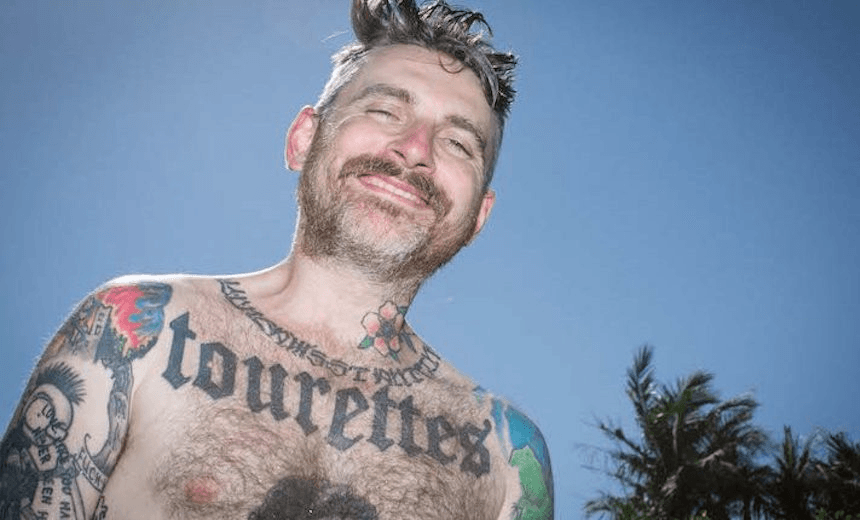 All the music-related bits of Dominic Hoey’s novel Iceland (and a playlist!)

By Dominic Hoey
Guest writer
Made possible by

Dominic Hoey shares the music-related parts of his new novel Iceland and makes a playlist so you can play along while reading.

Music features heavily in my novel Iceland and since we’re living in the future, I thought I’d put together a Spotify playlist of all the songs and/or artists I mention. I got the idea from my friend Mike “Handsome boy” Hall.

Here are the songs with the corresponding parts in the book. Enjoy!

I had just finished a terrible version of ‘Pink Frost’, and when I looked up you were standing in front of me in an old black T-shirt and paint-stained jeans, your long limbs dirty with faded tattoos.

“I actually do know that one,” I said, surprised by your request. And so I played amongst the madness of that night.

Bob Dylan – ‘Shelter From the Storm’

The sun’s out but it’s cold and the studio’s empty for once. We’re listening to Blood on the Tracks, dividing up some morphine pills we scored off Mark.

Later that night I stumbled up to the studio. Nebraska blared out of the open door. It was past midnight but I was still surprised to find you up there alone, working on another portrait of me.

The rain’s heavy I can barely hear the stereo. Me and Rapley are sitting in his cousin’s car smoking a joint. I turn the music up, can just make out Danny Brown’s high-pitched ranting. Rapley takes a long drag, lowers the window and flicks the joint out into the storm.

Sam put on some screamy punk group and fell onto the couch next to me.

“So, things good with you and Hammy again?”

“Yeah, the last week has been wonderful.”

“You’re like me with my antidepressants — on, off, on, off.”

Me and Rapley are painting, listening to Ghostface. We’ve been in the studio for hours, smoking weed and working. My phone beeps.

We pulled out of the city’s grasp and sped along the motorway. We’d decided to drive the length of the country and stay on people’s floors to save as much money as possible. Louisa drove erratically, braking suddenly for no apparent reason and then speeding off again. Sam was playing Melissa Etheridge on the stereo.

I shoved one of the backpacks onto the floor, stretched out and listened to Jonathan Richman on my headphones watching the sky race past.

She bought me my first guitar when I was seven and taught me Velvet Underground songs. I used to play them to my younger brother. “I don’t know how I feel about an eight year-old singing ‘Heroin’,” my father once said.

“She’s long gone and I’m lonesome blue,” sings Hank. I get the outline done when I notice someone’s parked at the other end of the street. I stuff my cans into my backpack and start walking quickly towards the main road.

After soundcheck we picked up Nick’s friend Jay. Sam had played me his music before. I liked his pleading, melancholy rap songs, and he had a haunting, ethereal voice. It was hard to put that sound to the lanky guy sitting next to me, wearing a panda hat.

“We should go visit my parents one day.”

Zlata’s lying naked on the bed, playing with one of my markers. We’re listening to The Smiths, smoking some shitty weed I found under my bed. Bella and Jean are fucking loudly in the next room. I turn up the music.

Read Hoey’s essay about how he travelled to Iceland to write the novel here.

On Friday 30 June, Dominic will read the entire book in one go at Dmonic Intent in Auckland (more info here).