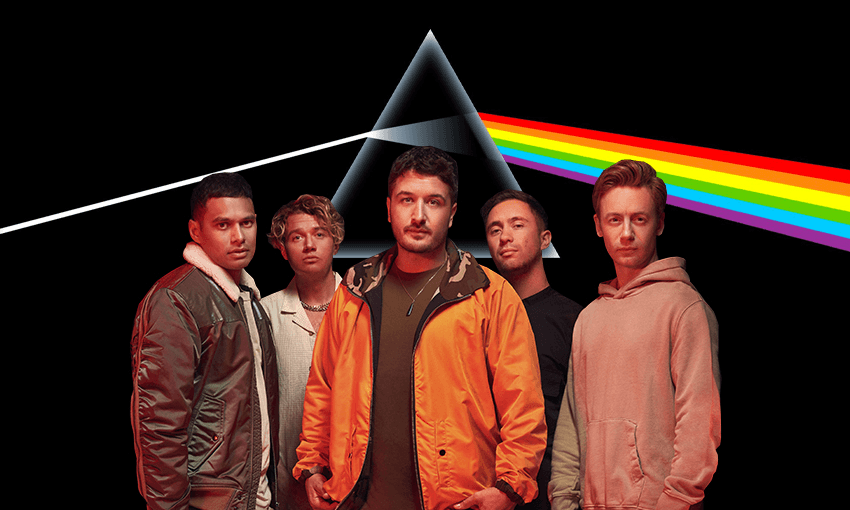 Wild stat: Six60’s second album has been in the top 40 for five straight years

Six60 are on pace to overtake Pink Floyd for one of the most formidable records in NZ chart history. Duncan Greive breaks down their dominance.

Over the weekend, Six60 played Western Springs to around 50,000 people for the second straight year, a feat which seemed utterly unfathomable 18 months ago, but now feels routine. This year they have added a string of other stadium dates to the monster Springs show, to create the Six60 Saturdays tour, including a huge homecoming show at Forsyth Barr Stadium in their Dunedin hometown. The band will ultimately play to more than 2.5% of New Zealand’s population over a few weekends. To put that in context, an equivalent number in the UK would be 1.6m people; in the US it would be more than 8m, numbers no artist has ever approached.

Yet Six60’s live numbers, unprecedented as they are, pale in comparison to the performance of their recorded music. While they own NZ records for NZ artists in the live arena, they are regularly mowing down all time records for all artists in our charts, and doing so almost unnoticed. Their presence at the upper reaches of our top 40 album chart is now so routine as to become near invisible. This is in part a product of the streaming era, which prizes regular listening in a way which advantages modern artists over those for whom there was ultimately a unit sales ceiling. Still, there is something about the smooth consistency of their chart presence which reveals an artist operating on a different plane.

Here are a few facts which make their dominance clear:

The next milestone up ahead is arguably the chart longevity holy grail: the all-time record for the most total weeks in the chart. This is held by a true monster of global sales, Pink Floyd’s Dark Side of the Moon, one of the five best-selling albums of all time. It has spent just shy of six years (297 weeks) in the top 40, though that came in a number of different eras, with it re-emerging around tours and reissues.

Universal Music’s NZ chair Adam Holt says that the record will inevitably fall to Six60. “Six60 (2) will beat that total time quite easily – and is likely to do it in consecutive weeks…

“There is no other international or domestic artist or act that comes close to them on chart performance.”