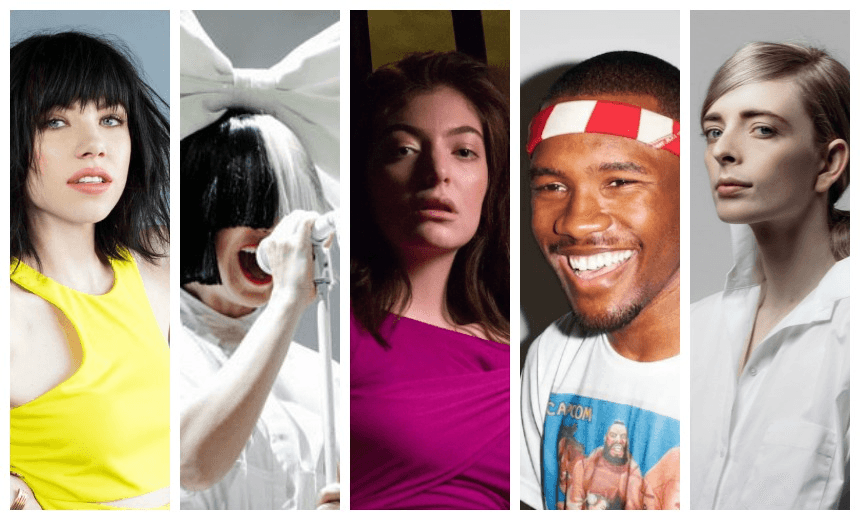 Five of the best artist playlists on Spotify

By Amanda Robinson
Guest writer
Made possible by

Every artist is making Spotify playlists these days. Amanda Robinson listens to four of the most popular – and one that isn’t, but really deserves to be.

In the ‘Homemade Dynamite’ episode of The Spinoff’s Behind The Melodrama podcast, Lorde talks about how “sometimes it’s just about having your arms around your friend’s shoulders and being drunk and being into the same song.” It’s fitting, then, that her playlist, titled Homemade Dynamite, suits that mood exactly.

Worst pick: Nothing’s too terrible, but I tend to skip Kevin Garrett’s ‘Precious’.

Song I Discovered: ‘Young Dumb & Broke’ by Khalid who is supporting Lorde on the UK/Europe leg of her Melodrama tour.

Self-promo rating: 4 stars: When I began writing this she only had one of her own songs on this playlist vs. 30 of other people’s songs, but now the whole of Melodrama is there, which is bloody brilliant, but if you want to listen to Melodrama, you can just listen to Melodrama.

Carly Rae’s playlist is called Carly’s Jams, and the thumbnail image is a picture of raspberry jam, because of course. It’s stacked with her own music, but balanced out with classics from Blondie to Donna Summer and chill tracks from Future Islands to The Internet.

Best pick: ‘Better Than Me’ by Blood Orange.

Worst pick: There’s nothing exceptionally bad on this playlist, but ‘Super Natural’ by Danny L Harle featuring Carly Rae Jepsen does sound a little like it would be at home on the in-store playlist of your local Supre.

Throwback: ‘I Feel Love’ by Donna Summer, what a tune.

Song I Discovered: ‘Show Me Love’ by Laura Mvula.

Self-promo rating: 4 stars: At six out of 19, almost a third of the playlist is her own songs.

Listening to Frank Ocean’s playlist, Blonded, every track makes perfect sense. It’s not necessarily that you can hear all of them in his music, but it’s as if, somehow, each song was inevitably going to be there.

Best pick: ‘White Ferrari’ by Frank Ocean. I know it’s his own song but with every listen it’s still so perfect.

Throwback: Two iconic throwbacks one after the other, 2Pac’s ‘Dear Mama’ and Outkast’s ‘Ms. Jackson’.

Song I Discovered: ‘Hannibal’ by Caribou.

Sia’s playlist is called Team Sia’s Ear Candy, which means it’s probably run by one of Sia’s people as opposed to the artist herself. It’s a great playlist nonetheless, full of bright glitzy pop and the occasional slower track.

Best pick: ‘(No One Knows Me) Like The Piano’ by Sampha.

Worst pick: ‘Patient’ by Party Pupils. Think somewhere between The Jonas Brothers and Bruno Mars but produced by Max Key.

Throwback: This playlist has approximately zero throwbacks. @ Sia’s people, this is a terrible decision.

Song I Discovered: ‘Crying in the Club’ by Camilla Cabello of ex-Fifth Harmony fame.

Self-promo rating: 1 star: Two of her own songs vs. 41 of everyone else’s.

Chelsea Jade’s playlist, SPECTRUM, is the one artist playlist I return to most often. With a runtime of nearly four hours, there is always a new track to play on repeat. It’s mostly a lot of brilliant women with excellent voices and songs you can dance around your room to, which happens to be my exact taste in music.

Best pick: ‘Woman Is A Word’ by Empress Of.

Worst pick: I spent so long trying to find one and I can’t. This might be the perfect playlist.

Throwback: This playlist has all the best throwbacks: Madonna, Cyndi Lauper, Lauryn Hill, Dolly Parton, Kate Bush, and ‘Sexy Boy’ by Air—shout out to this scene from 10 Things I Hate About You.