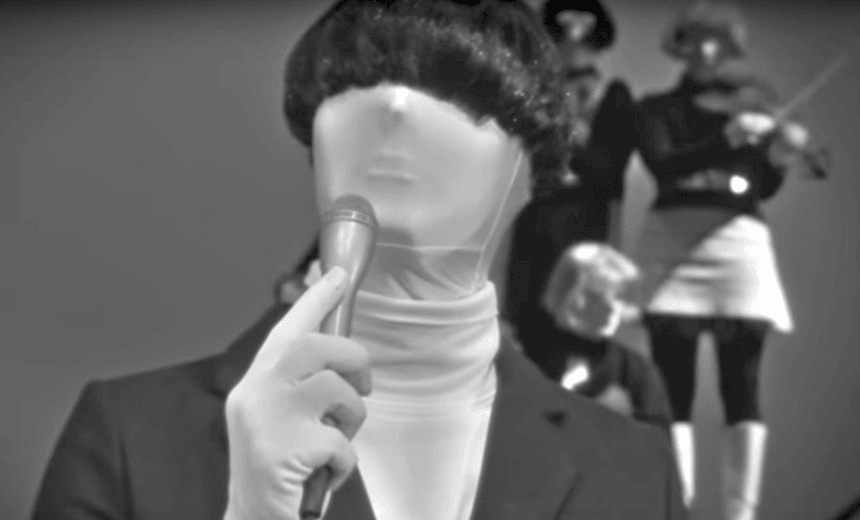 The Spinoff presents the video premiere of ‘You’re So Cool’ by Jonathan Bree, and the video’s director of photography, Benjamin Zambo, explains how it was made.

Jonathan pitched ‘You’re So Cool’ to me as a performance-based music video in the style of a mod era TV broadcast. We were both big fans of the 1960s and loved the kinds of productions that Lesley Gore and The Beach Boys did on live television, where the musicians would be forced to mime along with prerecorded tracks and work around ridiculous set pieces. They were slapdash efforts where the cameras might bump around or cut a second too early, and you could see their instruments clearly weren’t plugged in.

We filmed on a stage with three simultaneous cameras, sitting on little dollies that we could push around just like a classic broadcast setup. To get the right look we had to overlight and then grade the footage down later. We also used some double exposure and inversion effects (anything they did on Doctor Who, we could do). Since ‘You’re So Cool’ was a song that didn’t quite fit in the ’60s, we found we could push the style a bit with some anachronistic camera movements. Overall I was incredibly lucky to be able to film a music video like this, and I’m very pleased with how it turned out!