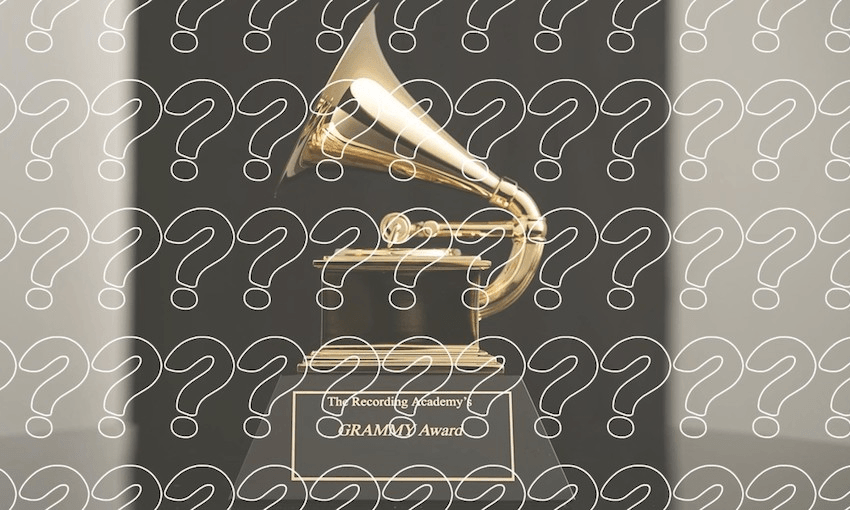 And the Grammy goes to… Who knows, but here are our predictions

Is Melodrama the best album of the year? We’ll know definitively later today (*irony warning*), but in the meantime, Elle Hunt predicts the winners of the 60th Annual Grammy Awards.

These Grammys, the sixtieth ever, are the third for which two friends and I have got our picks in. The Grammys’ administration starts four to six weeks out from the awards, allowing us plenty of time for deliberation and debate.

In a colour-coded Google spreadsheet listing about a quarter of the 84 categories – all the big ones, plus a couple of wildcards to keep things interesting (“Best Liner Notes”) – Ciaran, Joseph and I each record the songs we like of the nominees, for posterity, as well as the ones we expect to win. There is rarely much crossover between the two groups.

The exercise is an opportunity to reflect on the past year in pop music and catch up with far-flung friends over a little low-stakes betting, the idea being whomever correctly picks the most winners will be bought dinner by the other two the next time we are all in the same city. We have not been in the same city in three years, which I am okay with, as I am owed zero dinners.

The first year, for Song of the Year, I picked the song I thought to be objectively the best song of the year: Taylor Swift’s ‘Blank Space’. Ciaran and Joseph both opted for ‘Alright’ by Kendrick Lamar. Ed Sheeran’s ‘Thinking Out Loud’ won. Across the awards, I got 13 categories right in total, out of a possible 41.

The second year, I changed tack, attempting to put myself in the head of a voting member of the Recording Academy. I picked songs that could be argued to have merit, perhaps against better judgement – a mediocre album by a heavyweight artist, for example, or a song that could be described at best as ubiquitous. This led me to choose Twenty-One Pilots and Mike Posner over the eventual five-time winner Adele: in hindsight, a highly avoidable error in judgement.

This time around, I’ve thrown out any illusion that the Grammys recognise winners on merit, and have leaned into the inexplicable, often perverse and unjust unpredictability of it all. How following my intuition will work out for me remains to be seen on Sunday night PST. But I am comforted by odds that suggest, even if I rank the lowest of us three once again, I won’t be buying any winners dinner in 2018.

Record Of The Year

Record of the Year goes to the artist and “to the Producer(s), Recording Engineer(s) and/or Mixer(s) and mastering engineer(s), if other than the artist”, meaning to try and pick this category, by the Grammys’ criteria, you should be going by the quality of the song’s production. The people that brought you ‘Uptown Funk’ won this category in 2016, before handing down the title to Adele’s smash ‘Hello’ the following year. To my mind, only one shortlisted song this year rivals those two in terms of ubiquity: I’m going with ‘Despacito’. I am sure its production is fine.

Album of the Year

I know two of these five albums very well, and one in passing, but you don’t have to have heard all five to be able to guess the winner. Melodrama and DAMN. are both excellent; “Awaken, My Love!” is very good. I personally try not to listen to modern-day Jay-Z but plenty of people feel differently and have said positive things about 4:44. My money’s on Bruno Mars.

Song Of The Year

This award recognises the craft of songwriting which, as you can see, is a team sport these days. One might say Jay-Z deserves to win for having written precisely half of ‘4:44’ versus Bruno Mar’s 12.5% contribution to ‘That’s What I Like’. Again, my money’s on Bruno Mars.

The criteria say that “an artist will be considered for Best New Artist if their eligibility year release/s achieved a breakthrough into the public consciousness and notably impacted the musical landscape”. Meghan Trainor won two years ago – over Courtney Barnett, Sam Hunt, Tori Kelly and a man called James Bay – for notably impacting the musical landscape with ‘All About That Bass’. But last year Chance The Rapper won over The Chainsmokers, proving justice sometimes prevails, even at the Grammys.

This year’s nominees are hard to call, even by my own perverse logic: Alessia Cara’s biggest hit was nearly three years ago, so it would be just like the Grammys to recognise her now; Julia Michaels is a long-time industry figure with one hit song of her own, and a few high-profile features. SZA, as the most critically acclaimed of the five, is to my mind the least likely.

I can’t name a single song by Khalid or Lil Uzi Vert, which calls into question either their breakthroughs into the public consciousness or my own ability to judge this category.

Just as my gut instinct is to back Bruno Mars in any Grammys race he’s in, I’m going to go for Ed Sheeran. ‘Shape Of You’ was the biggest song of the year by sales and streams – the kind of mega-smash that justifies a black-and-white wonkish video breakdown by the New York Times.

But though I know better than to make it my pick, the tiny part of me that’s endured Brexit and Trump and been bolstered by #MeToo wants to imagine a world in which Kesha wins with her defiant kiss-off to Dr Luke. If I was producing the televised ceremony, I’d want this, too – and for Lady Gaga to present her with the award. A huge advance on the Golden Globes’ all-black “protest dress code”, if you ask me.

‘Despacito’ should, by rights, storm every category it’s nominated for, but it’s by no means a sure thing here. This one’s fraught with the kind of showy dross that attracts Grammys like paperclips to a magnet.

There’s the bombastic kind, Imagine Dragons; the faux-throwback neo-soul kind, Portugal. The Man; the maudlin-dancey kind, Zedd and Alessia Cara; the really-aggressively-without-merit kind, like The Chainsmokers, and the piggybacking dinosaurs Coldplay. As the only song you can imagine people actually choosing to put on, as opposed to being to passively exposed to it in a mall or other low-quality shared space, it’s not looking good for ‘Despacito’.

Look at those shortlisted artists. Really hold one’s image in your mind, imagine their most popular song, if you know it, picture their fans – then go onto the next. This is what the Grammys is all about.