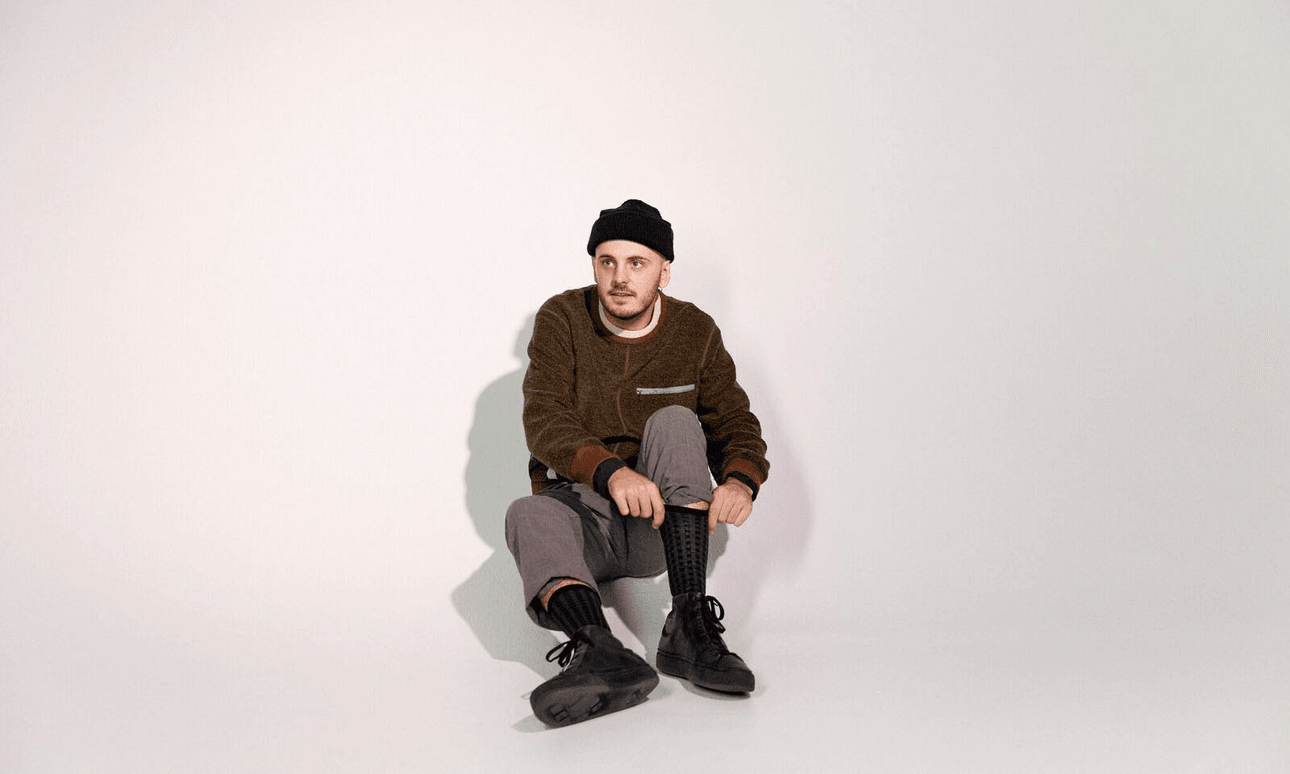 ‘Stay in your room and blast it’: MAALA on his new lockdown-ready album

Four years after an acclaimed and awarded debut, Auckland pop singer-songwriter MAALA is finally preparing to release his sophomore album. He spoke to Matthew McAuley about how he’s been passing the time.

When Evan Sinton began releasing music as MAALA, things progressed quickly. Arriving in 2015 with an era-typical air of mystery, his self-titled EP yielded a pair of locally charting singles in ‘Touch’ and ‘In the Air’, as well as a Silver Scrolls nomination for the former. And when debut album Composure followed in 2016, it would see Sinton pick up a quartet of nominations – and, ultimately, the Best Male Solo Artist prize – at that year’s New Zealand Music Awards. He had momentum and he was planning to build on it, telling this site in 2017, “It feels like the clock’s ticking to keep churning songs and albums, so I’m back in the cave.”

But then the clock slowed down. While the work would continue, and 2017 would see the release of well-received singles ‘In My Head’ and ‘Crazy’, Sinton found the process of writing and refining ideas for a second MAALA full-length less fluid than he’d anticipated. Speaking again to The Spinoff for the release of his ‘Fire Burning’ video in December of last year, he chalked up that difficulty to something of an existential crisis. “When you’re making your first record, it’s all your first ideas, so they can come quite freely because you’ve got nothing to compare them to … I think it’s probably what that whole ‘second album curse’ thing is, you just start overthinking everything.”

Thankfully, that bout of writer’s block would eventually pass, and the fruits of Sinton and go-to producer and co-writer Josh Fountain’s subsequent labours will shortly arrive in the form of the second MAALA album, Water Overhead, set for release in July. Having worked for four years on this project, Sinton could be forgiven for feeling some kind of cosmic resentment at the circumstances which now see him releasing it into a world wracked by pandemic and recession. But when we speak just a couple of days prior to the end of New Zealand’s level three lockdown, he genuinely seems to have made peace with that reality.

“I’ve gone through the mood of being like, this sucks, this is the worst time possible to release music,” he says. “But then I’ve also been like – and maybe I’m just letting myself think this – maybe it’s actually kind of cool to release a record like this now, where it’s quite a ‘stay in your room and blast it on speakers’ kind of thing. Maybe the songs will make more sense now.”

It’s an optimistic thought, but on listening to Water Overhead, it’s one which also feels plausible. Running just nine songs, the record is a concise-but-compelling volume; operating within the same sonic universe as earlier efforts, but an undeniable and substantial step up both in ambition and execution. Where Composure occasionally felt bombastic in its production and somewhat anonymous in its songwriting, here songs unfurl with an almost audacious patience – the title track, a lush, house-inflected ballad about allowing yourself to feel low as a prompt for recovery, is nearly 90 seconds deep before its gently driving drums even arrive – and Fountain’s production gives Sinton the space required to tackle subject matter often more introspective than he had previously.

For Sinton, that change in themes was an artistically necessary one. “There was more intent behind each song,” he says. “It had to reflect something that was going on, rather than just writing 10 love songs.” It’s a record steeped in frustration and the search for catharsis, with the fact of Sinton writing from a place of such explicit self-reflection meaning that the finished product functions almost as a meta-narrative at times. “I think [the songs] all just came from … trying to process how to write the album. There was frustration that the songs weren’t coming, so I’d write about how I was frustrated by that. It always felt like it came back to the music, or to myself.”

That deeply felt obligation to honesty has become crucial to how Sinton works as MAALA. “If I was in a band, maybe I’d have a bit more perspective or I wouldn’t invest so much of myself,” he says. “But because it’s just me, it’s all there.” While that authorial approach has previously extended to the visual aspects of the project too, he’s now trying to loosen his grip on those particular reins. “I think on the most recent stuff …  that was certainly me like, oh my god, I’ve got the vision, and I’ve got to do it, I’ve gotta touch everything.” He designed the artwork for all five of Water Overhead’s pre-release singles himself, as well as the album cover, a decision about which he’s now somewhat regretful. “I like it, but I know that if I’d given it to someone who really knew what they were doing, that artwork would look sick … I think I was very caught up in the idea that [the album] was my baby, and it needed to be this and that.”

Now, he says, he’s working to find a balance between trusting others to communicate his vision and taking absolute control. “With the ‘Water Overhead’ visualiser, it was a case of picking someone whose work I liked, and, like, still giving them a spiel about what I was thinking, but really just letting them do it.” It’s a step change, but one which Sinton says is already seeing benefits. “[It’s] actually been a real nice change of pace … I can look back on things like the visualiser now, and just be like ‘Oh cool, I like that.’ I don’t feel like I’ve stamped out their coolness. I’ve let them do it.”

While in normal circumstances Sinton would likely now be prepping for the usual round of press calls and release shows that come with the arrival of a major new project, for now he seems at peace with the pandemic having interrupted those aspects of the industry’s standard operating procedures. He’s released a consistent stream of singles – most recently ‘Night Like This’, a gritty and hypnotic mid-tempo earworm that recalls most directly Daft Punk’s work with The Weeknd –  but even in the best of times, the challenges presented by his catalogue mean that he’s not overly attached to the live performance elements of a rollout.

“I can’t really work out in my head how I’d go from, like, ‘Water Overhead’ to ‘Kind of Love’ [from Composure].” he tells me, and the lockdown-era rise of online performance hasn’t yet changed his mind. A few people have suggested he try his hand at live-streaming a show, but he’s got a reasonably well-informed aversion to that kind of self-promotion. “I keep seeing people knock it on Twitter,” he says, just barely joking, “So I’m just like, well I guess I shouldn’t do that.”

Instead, even after four years of often frustrating work, he’s most looking forward to getting back into the studio. “I’m of this mind that I’ve got the next project ready to go, and all this momentum to make new music after this,” he says, “and i keep forgetting that nobody’s heard these songs yet. But maybe that’s where my mindset’s at. I quite like writing songs and being in the studio, and that’s where I’d like to sit more often.”

When asked, at the end of our conversation, if there’s any single feeling that he has on the eve of finally releasing his work to the world, he’s succinct. “I’m fucking glad. I mean, [the album] took four years, so I’m still caught up in those feelings now,” he laughs, “I don’t think that’s healthy.” And while he’s excited to get back to making music, this time he has no plans to rush his process. “I’m not going to do what I did last time and say, ‘Oh yeah, I’m writing the whole thing now and it’s going to be out on this date.’ I’m gonna let it breathe for a bit.”

MAALA’s album Water Overhead will be released in July by Sony Music.

This content was created with the support of NZ on Air. For more recent local gems, check out their Fresh Cuts playlist on Apple Music.