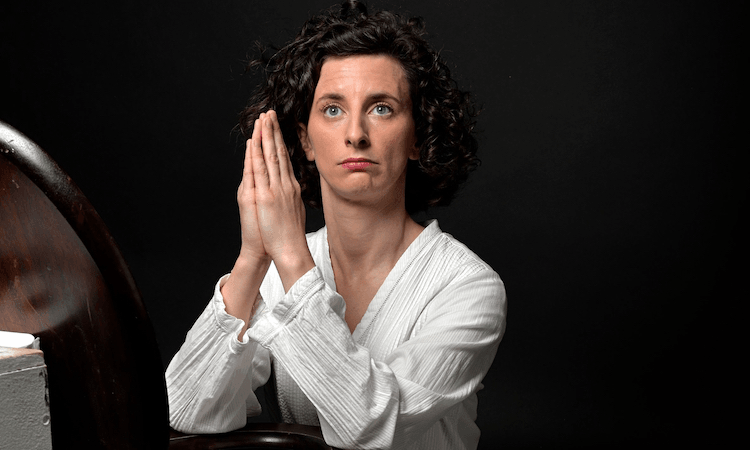 The Australian comedian, performing in Auckland and Wellington next week, does toilet humour with a difference. She talks with Catherine McGregor about making comedy out of mental illness.

If you’re bewildered by Felicity Ward’s love for the littlest room, then there’s a fairly good chance you don’t have Irritable Bowel Syndrome, or IBS. Ward does, and she’s not embarrassed to tell you about it. In fact, she dedicated an entire show – What if There is no Toilet?, playing next week in Auckland and Wellington as part of the NZ International Comedy Festival powered by Flick Electric Co.– to her long battle with the scatalogical affliction.

Actually, that’s not quite true: What if There is no Toilet? is about much more than dunny humour. “Ironically, I think this is the show of mine with the least number of poo jokes,” Ward says. Her IBS is just one symptom of the anxiety and depression she’s dealt with for most of her adult life, and talking about it is part of a larger bid to reduce the stigma around mental illness.

“I don’t really care about ‘creating awareness’ of mental illness; I’d rather people donated money to mental health charities than gained awareness,” she says. “What the show creates is a place that people can come and for an hour not feel like they’re a freak. The toilet stuff is so embarrassing – you’re an adult and you’re having an IBS attack and you’re thinking ‘Oh my god, this only happens to four year olds, I can’t tell anyone.’ And what the show does is tell you you’re not the only one who is experiencing this.

“Whenever I talk about stuff that can be embarrassing – whether it’s IBS or anxiety or depression – I have people coming up to me after the show and saying ‘Oh my god I can’t believe someone else has the same issues I do.’”

The link between comedy and mental illness is nothing new; examples of the sad clown stereotype are almost too many to mention, from Tony Hancock to Robin Williams to Sarah Silverman. But Ward says she’s never seen the stand-up mike as a form of public therapy.

“It’s not fair on the audience to be making emotional discoveries about yourself while you’re telling jokes. I think you’ve got to sort your shit out before you talk about it on stage.”

But talking about the issues, that’s valuable. In fact Ward has made transparency about mental illness something of a crusade, using her experiences as a bedrock of her comedy and in 2014 fronting the Australian TV documentary Felicity’s Mental Mission.

“When I first discovered I had these issues, my friends never talked about it. Only later I found out that a bunch of them had what I had. And I was actually angry: ‘I thought I was the only one, you didn’t say anything, I felt like a freak.’ And so now I’m glad to be able to talk openly about it, and make people laugh.

“The show is for everyone but I don’t mind at all if lots of mentally ill people come. There’s a joke I tell: ‘I went to the doctor and told him what was going on with me, and what that means is I lied.’ And people with mental illness will really laugh at that. It’s hard to be honest with your doctor, with yourself. It’s like when your doctor asks your weekly alcohol intake and you say ‘Oooh, about two or three?’ and they’re like, ‘It’s closer to 15, isn’t it?”.

The exuberantly filthy Australian has long been a TV regular in her home country and is gaining fans fast in the UK, where she’s lived for the last three years. A friend recently remarked that London life was starting to soften Ward’s gloriously brash accent. “And I was so disappointed. Why would I want to lose it? This is who I am.”

Felicity Ward: What if There is no Toilet?