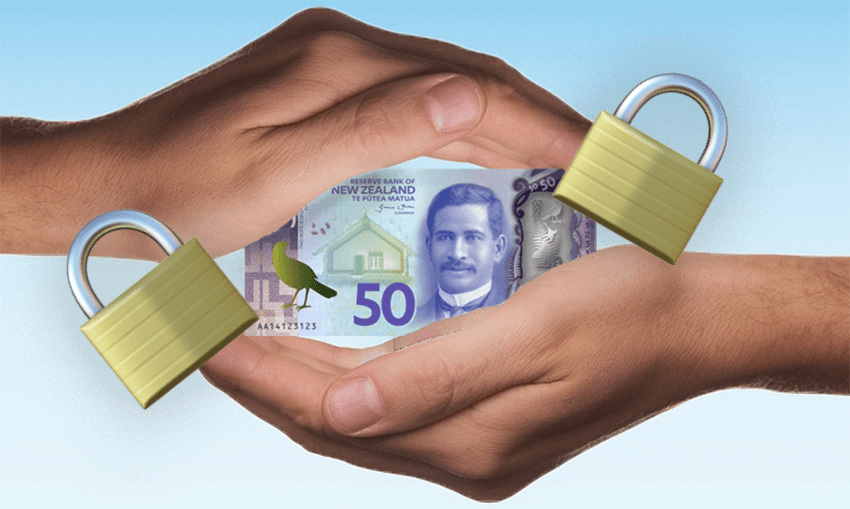 We need to talk about insuring our most important asset: our ability to earn

New Zealanders insure their cars and contents at almost four times the rate that they insure the thing that pays for all of this – their income. Alice Webb-Liddall learns about insuring her most essential asset.

Going about their daily lives, most people don’t think about all the different ways things could go wrong. It would be far too hard to weigh up the risks associated with every little thing we do, and it would take far too much time. This is why insurance exists.

But for some reason, New Zealand has an underinsurance problem. According to a 2013 Financial Services Council (FSC) report, as a nation we’re pretty good at insuring our property. Car and contents insurance are the most common, with 84% and 77% of people having these types of cover respectively. But when it comes to insuring ourselves, it’s a different story, with only 56% of people having life insurance and 21% having income protection insurance.

David Chote, general manager of sales at insurance and financial services company MAS, says it’s not surprising that people insure their belongings before they insure themselves.

“Car insurance or contents insurance is connected to something tangible. When you’re driving your car, it’s pretty easy to imagine what would happen if something went wrong. You’d have a prang, you’d have to sort out some repairs, you’d have to find the money to cover it all.

“But it’s harder to think through all the consequences of losing your income because it’s intangible and also because it affects so much of your life. There are so many knock-on consequences, I think a lot of people subconsciously put it in the ‘too hard’ basket and move on.”

Holly Rogers is 23, drives a car, lives at home and works a full-time job during the week. Like those 88% of car owners in New Zealand, she’s fully covered should anything happen to her vehicle, and she’s got insurance for her contents. She also has health insurance, under a scheme she joined via her parents, but says she’s never considered life or income protection to be necessary at her age.

“I’m sure my parents and all of their friends have [life and/or income protection insurance] but I don’t know anyone in their 20s who does. Either we don’t think we need it or the risk is so low that we don’t need it.”

Chote agrees that people’s insurance needs vary widely depending on their circumstances, which is why he believes that it’s important that people have the information to make their own decisions about insurance. The most important thing, in his opinion, is that young people are aware of their options and can be prepared if they do choose to change or add to their insurance cover.

“I completely agree that not everyone is going to need life insurance and, for those people who do, they’ll need different amounts depending on their stage of life and how they’ve got their finances set up.

“The basic question you’ve got to ask yourself is what will happen with any debts or dependents if you were to die suddenly. It’s not much fun to think about but the last thing you’d want is to leave your partner or family saddled with heaps of mortgage debt or childcare costs.”

There has to be a reason that income protection is so undersubscribed here, and it could be that people just don’t know it exists – Rogers admits she’s never heard of it before. In broad terms, it protects against things that might unexpectedly mean a person’s income is compromised. If you suffer an injury, health insurance or ACC might help out with medical bills and rehabilitation costs, but it’s income protection that ensures the rest of your livelihood is still being taken care of.

For young people, who are less likely to have significant savings to draw on if income stops, this protection can be especially important. Things like rent, food and other bills don’t stop existing when you can’t work, and without income protection debt can start stacking up.

The FSC survey found that one of the main reasons people didn’t have insurance was because of a lack of information about what was necessary for their circumstances.

For some people, this meant that they did have some cover, but that it wasn’t the type or level of cover they actually needed, with the survey’s summary noting that “negative or indifferent attitudes to insurance, lack of understanding, affordability and lack of access to good advice are all associated with an increased gap between actual and desired insurance.”

Additionally, spending money on extra insurance plans isn’t necessarily something Rogers is jumping at. Car, contents and health insurance already adds up, and on top of rent, travel, food and any savings, there’s not much left for more insurance.

While Chote agrees that income protection insurance is something that younger people often don’t think about, he believes the benefit of these covers is in their ability to ease a lot of monetary pressure during what can be extremely stressful times.

“Like most insurance, you hope for the best but you should plan for the worst. Most of the time you’ll be absolutely fine, but it’s important to at least think about how you would cover your expenses and protect your lifestyle if something did go wrong.”

This content was created in paid partnership with MAS. Learn more about our partnerships here.