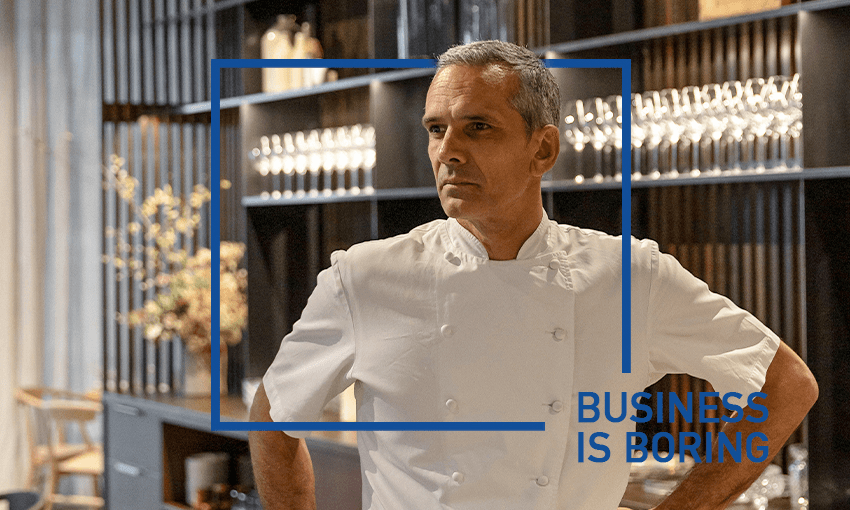 Masterchef’s Josh Emett on opening a restaurant of his own

Business is Boring is a weekly podcast series presented by The Spinoff in association with Callaghan Innovation. Host Simon Pound speaks with innovators and commentators focused on the future of New Zealand. This week he’s joined by Josh Emett, Michelin-starred chef and restaurant owner.

Josh Emett is a household name in New Zealand, famous for having worked and won Michelin stars with Gordon Ramsay over more than a decade, before coming home to open a string of successful restaurants and finding fame as a judge on Masterchef.

You may have visited his restaurants Madam Woo, Hawker and Roll, Rata, or Ostro; or read his cookbook of collected greatest hits, The Recipe; or seen his Instagram videos with his sons helping as sous chefs in the home kitchen.

All his other restaurants to date have been partnerships with other chefs or restauranteurs, but this year he decided to take over Waiheke luxury boutique hotel and restaurant The Oyster Inn and open a new restaurant, Onslow, from scratch with a different kind of partner – his wife Helen.

So what’s it been like for them to take on so much solo risk in a year when running a restaurant’s been far from plain sailing? To talk about his career, how he got to where he is and what he’s doing next, Josh Emett joined Business is Boring for a chat just two days out from the opening of Onslow.