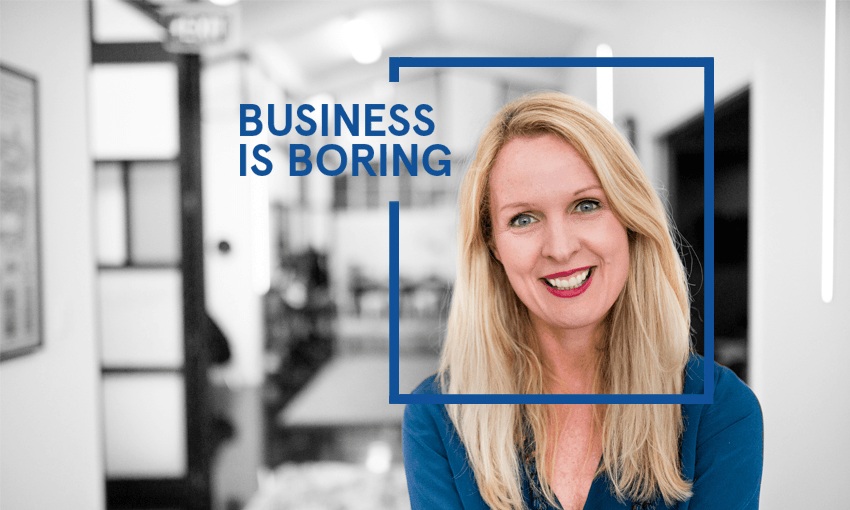 Frances Valintine is getting NZ society ready for a digital future

Business is Boring is a weekly podcast series presented by The Spinoff in association with Callaghan Innovation. Host Simon Pound speaks with innovators and commentators focused on the future of New Zealand, with the interview available as both audio and a transcribed excerpt. This week Simon talks to Frances Valintine about educating society about technology and the workplace.

How do we prepare the young for a future that is changing at an increasing pace? It’s a truism that people don’t have just one career, but it may be that the entire structure of work will change multiple times during the lives of those at school today. It is a big question, and one today’s guest has been grappling with for longer than most.

First as CEO of the Media Design School, a pioneering educator that equipped people at the pointy end of New Zealand’s creative industries, and then through founding The Mind Lab and Tech Futures Lab, she has moved the conversation forward by building some of the first courses in these new areas.

Frances Valintine has won many awards for her efforts to get society ready for a digital future – let’s list just a few: the HiTech New Zealand Flying Kiwi Award; the Westpac Women of Influence for innovation in 2015; and in the New Year’s Honours, Frances was appointed a companion of the New Zealand Order of Merit.

But before the recognition came a lot of work to help get 150,000 kids and thousands of teachers equipped with the skills to think, learn and adapt in this changing world. To talk the skills we all need, the journey and what’s next, Frances Valintine joins us now.

At what point did you think it would be useful to get tech skills into people as they’re learning at a young age, not just teaching it later in life?

The idea of the Mind Lab came about when I was travelling. That’s when I give myself permission to think, turn off all my technology and start thinking about things. At the time my children were reasonably young and I thought ‘where in their schooling are they going to get exposed to the new ideas and be informed by the connections that technology brings? Why aren’t they bringing experts into the classroom globally, and also why aren’t they exploring and investigating things differently, instead of going back to the textbooks?’

It was partially frustration and partially a curiosity about what it would be like to teach children given that my entire experience up until that point had been 14 years of teaching adults. The Mind Lab formed in 2013 and it was really a time where I thought if I could still have a job and still be in education and around technology where I didn’t have to travel that would be ideal. I was spending up to two weeks a month on a plane and overseas.

I thought it would be great to be at home for a while and be closer to my family and from that point of view it panned out really well but I didn’t realise it was a Pandora’s box.

I opened up the first lab in Newmarket with the idea of just teaching children and almost immediately we had all these teachers saying ‘this is amazing you’re teaching our kids robotics and teaching them how to code and they’re doing great animations – but what about us? What are we going to do?’

At that point I went okay, this is clearly the new stage in my career and I really wanted to make sure the teachers in New Zealand are getting the chance to have the professional development they need to be confident and inspirational teachers in the digital world, the 21st century learning, as we started to call it.

What are the skills kids need to learn to be open to what’s new and what’s next?

I took a very different approach than a traditional teacher might, and we created an environment in a lab where there is no workbook, there is no screen anywhere that will tell kids how to do these things, they’ll get a problem and then they’re going to have to collaborate and figure out how to solve it. There’ll be multiple solutions and some will work better than others. It was about the idea of curiosity and exploration but also about the idea that it doesn’t have to be about being perfectly right the first time.

We were teaching skills around things like robotics and utilising computation to do great things, whether it’s making a website or maybe a computer game. But fundamentally, we’re trying to engage the curiosity about different ways of thinking.