In response to claims successive governments have enabled a massive human rights failure, the prime minister says hers is doing all it can to fix the housing crisis. Bernard Hickey disagrees.

PM Jacinda Ardern defended her government against the Human Rights Commission’s accusation that it was breaching human rights law with its housing policies. She said the government was “pulling all the levers” on policy, had acknowledged there was a crisis and didn’t need another report detailing the crisis.

But a quick perusal of the Labour-led government’s policies and comments from the last four years show it is not treating it like a crisis requiring a response similar to that seen after the Great Depression and the Second World War. What was a crisis when Labour was elected in 2017 is now both a home ownership and rental affordability catastrophe.

For example, the Labour-Green government:

In my view, the government is not pulling all the levers and it is not treating the issue as the catastrophe it is.

Not doing enough on supply

Back in 1935, the first Labour government led by Ardern’s hero, Michael Joseph Savage, borrowed money directly from the Reserve Bank to launch a state house-building and state-backed private house-building programme that was sustained by both flavours of government up until the early 1980s. Governments from 1935 to 1980 regularly built eight to 10 homes per 1,000 head of population, but that slumped to five to seven per 1,000 for almost all of the last 40 years. 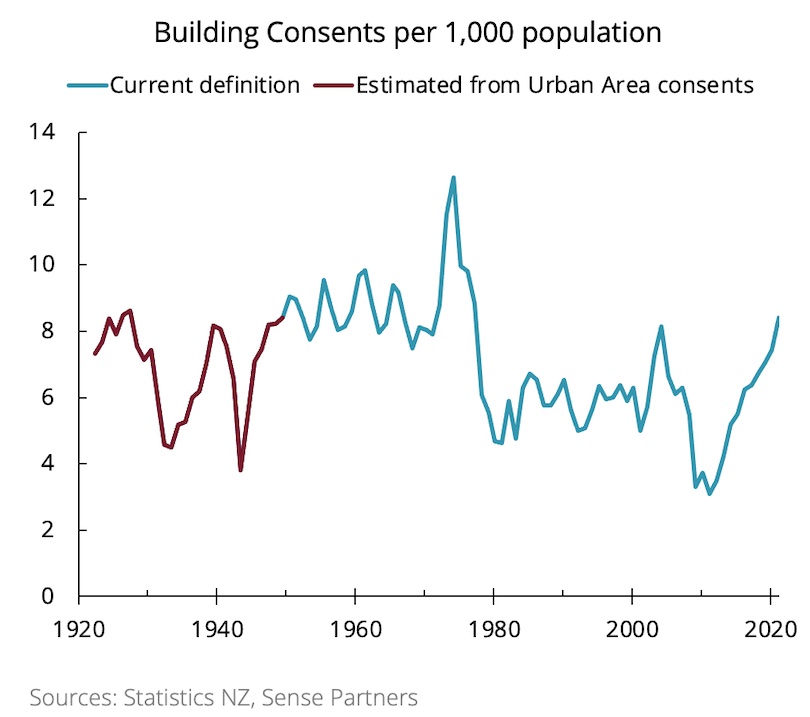 The house-building rate is only now back at eight per 1,000, having plummeted to three in 2009 (worse than the Depression) and is not nearly enough to drive down prices and rents any time soon to affordable levels seen as recently as the late 1990s, particularly given the 1.2m people added to the population over the last 20 years, mostly through migration. I share Shamubeel Eaqub’s view on the scale of the crisis and the lack of urgency. The chart above is from his Sense Partners consultancy.

Great point from ⁦@SEaqub⁩ “I think we need to have that moment of crisis and solution again." https://t.co/eE1NBsBXXD

The government has ruled out 1935-style direct borrowing from the Reserve Bank to build houses, instead allowing money printing to buy bonds that pushed up the value of existing houses.

It is also forecasting falling infrastructure spending from next year because it is abiding by its 2017 pledge to reduce government debt as its first priority as the economy returns to some sort of post-Covid normal. 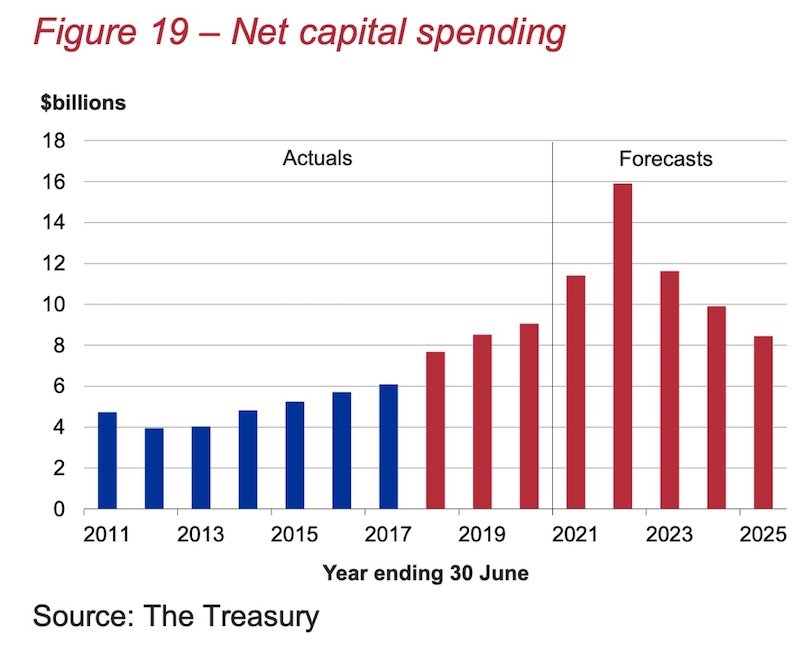 The PM and the government have not articulated any long-term ambition to either build their way through the catastrophe, or to change expectations of house price inflation, which has recently risen again because of the 30% rise in prices seen in the last year.

Home owners now expect house price inflation of 6.4% per year for the next two years, up from around 2-3% seen from 2017 to 2020. Expectations are also back to where they were in the last term of the National government, when Ardern campaigned for election on the grounds there was a housing crisis that required a capital gains tax and 100,000 Kiwibuild homes to fix. 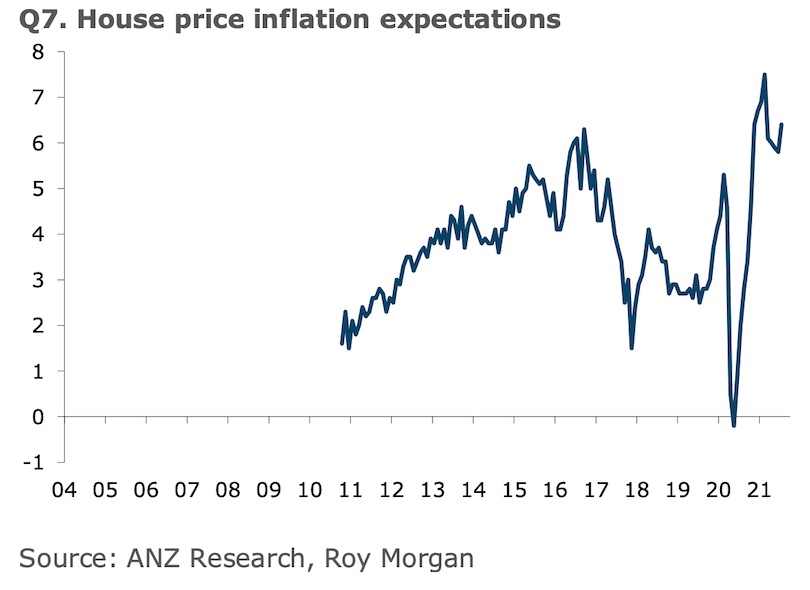 Ignoring the mathematics of affordability

The PM herself has categorised “sustainable” house price inflation as around 4% per year, which was the level of inflation seen in the first three years of the government. However, that would mean that after the 30% inflation seen in the last year, it would take nearly 40 years for house-price-to-income multiples to return to the levels seen as recently as when Ardern was elected in 2017, given expected income growth of 4-5%. 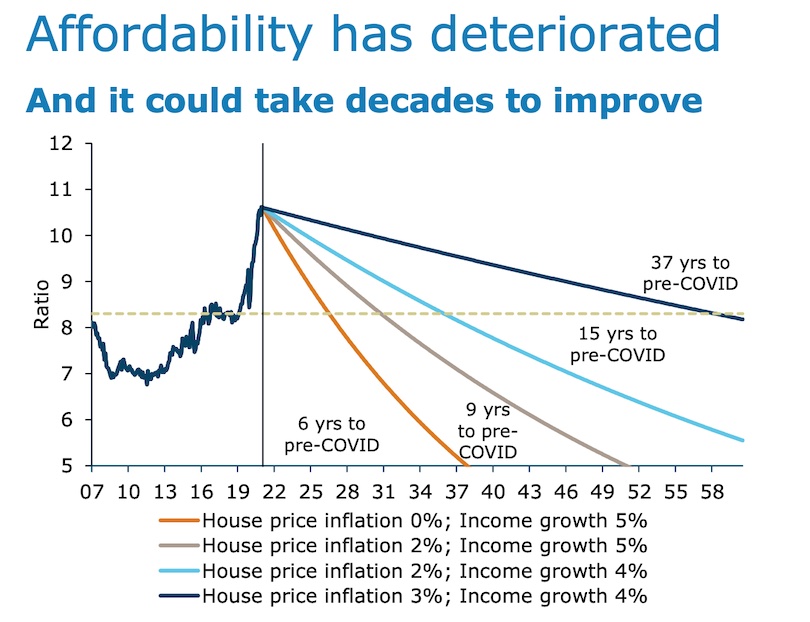 Any return to 2000-level price-to-income and price-to-rent levels would take more than a century at the levels of ambition articulated by Ardern. There is no work being done that the government has spoken about publicly to assess what levels and types of house building, house price inflation, wage inflation, interest rates, immigration and tax advantage would be required to return affordability levels to those seen as sustainable overseas of around three to five times income. 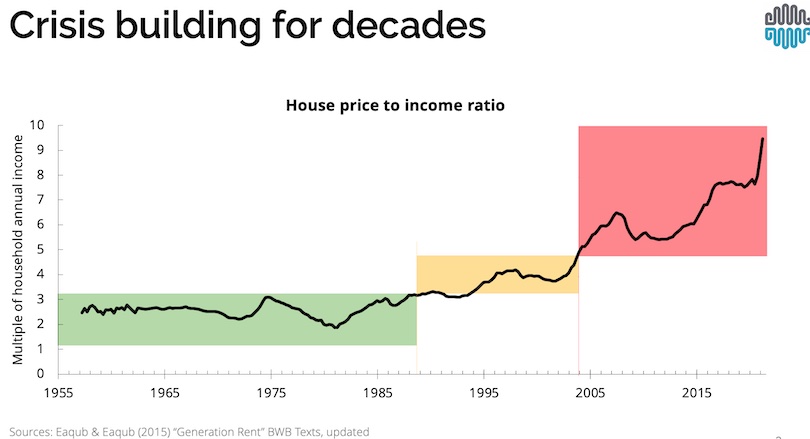 Any credible strategy to return to affordability would have to acknowledge expected significant falls in house prices and rents in the short term and house-building ambitions in the hundreds of thousands over the next 20 years. The government has actively not made those plans or forecasts since its election.

The biggest lever the government has not pulled, which it promised before 2017, was a tax on capital gains beyond the family home. In 2019, the prime minister actually ruled out ever doing one in her political lifetime because median voters did not want one. The government has promised to remove tax deductibility for landlords, but that has yet to be enacted, and it has yet to slow the market down much, particularly now price expectations have bolted to a new higher level.

The proposed deductibility changes also do not address the basic and large tax advantage for owner-occupiers of housing that is weaponised by bank lending. Effectively in 1989, the then Labour government installed a massive tax advantage for home owners to buy homes as a financial asset by removing a previous tax break for pensions while also not imposing a capital gains tax — which it had originally indicated it would do.

The PM again ruled out a wealth tax in this term before the 2020 election, and has repeatedly ruled out land taxes or inheritance taxes.

In the midst of the Covid-19 crisis, the government actively signed off on the Reserve Bank’s decision to both remove LVR lending restrictions that had suppressed house price inflation for the previous seven years, and to start a money-printing programme designed directly to boost the economy by boosting asset prices, mostly through a $400b increase in the value of housing. 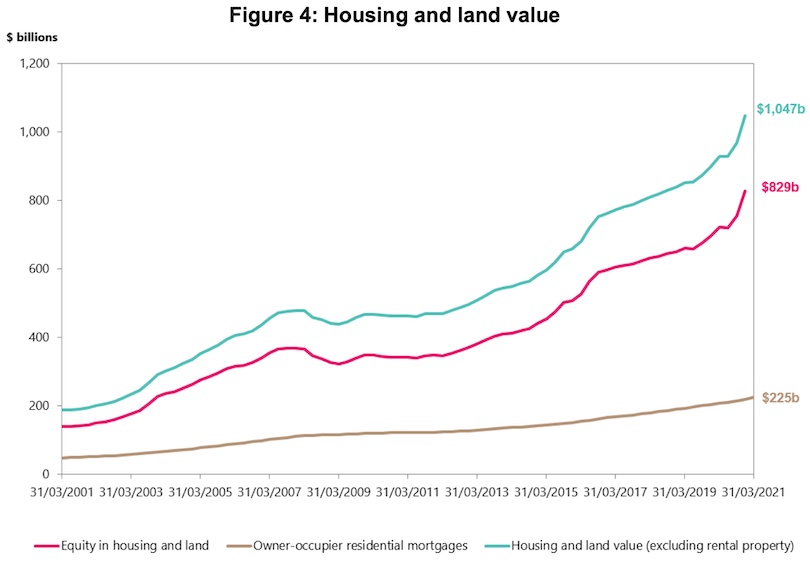 It has accepted the Reserve Bank’s current assessment that it’s too early to say if this policy worsened inequality.

The government also initially refused the Reserve Bank’s request earlier this year for a debt-to-income multiple tool, although has now allowed the Reserve Bank to consult on one, without giving a final sign-off.

The government could borrow from pension funds and savers to kick-start the hundreds of thousands of new home builds needed over the next 20 years, but has instead accepted the Public Finance Act orthodoxy that the government’s first priority is to reduce government debt as soon as the “crisis” is over. It signed up to the expectation of permanent-debt reduction and surpluses, along with limiting the size of government to 30% of GDP, in its 2017 election manifesto.

It has repeatedly used the framing of “keeping a lid on debt” to explain decisions not to build more infrastructure for housing, and not to help councils fund their shares of infrastructure spending.

That’s despite New Zealand’s net debt being demonstrably lower than its AAA-rated peers and exhortations from the IMF and OECD not to use the austerity and low-debt excuse to avoid heavy public investment in the wake of Covid. That’s also despite treasury secretary Caralee McLiesh saying the government could interpret the Public Finance Act to use its balance sheet to solve these long-term wellbeing issues, particularly when interest rates for borrowing are lower than economic growth rates, and therefore effectively “free”. 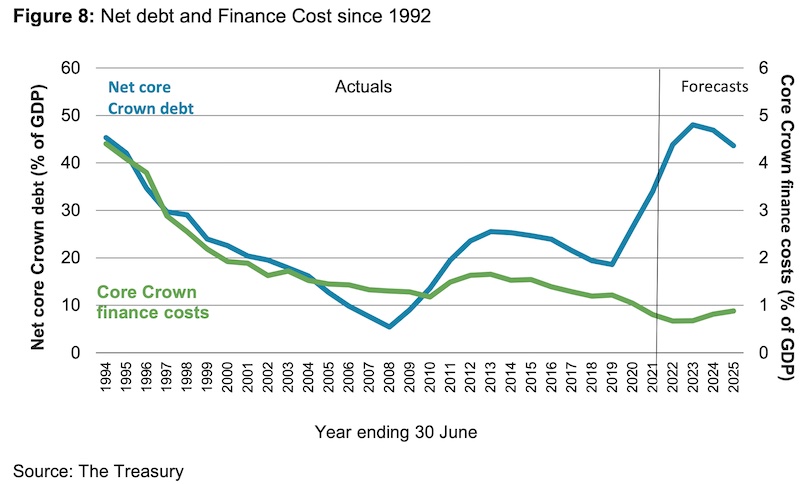 In my view, the government is not pulling all the levers and is not treating the situation as a crisis, even though:

For those who say Aotearoa-NZ's housing affordability catastrophe (long past a crisis) is no worse than elsewhere, here's Economist data-$$$ showing real house prices here have risen 259% in real terms since 1989, while Australia's rose 149% and UK's 98%. https://t.co/17bNtct9VT pic.twitter.com/lMhaBmsYCY