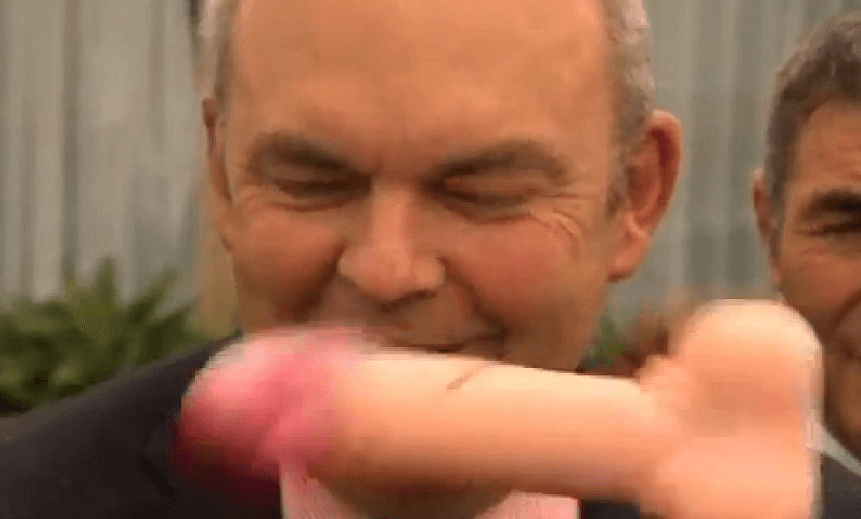 .@stevenljoyce We made your country a new flag. Here’s Peter Jackson to show it to you. Let’s get this over with… pic.twitter.com/NxH4ojRldU

We were drowning in dick puns. But where was the phallus that launched our media acockalypse? What happened to the “article” that thrust New Zealand into a boner joke binge? It’s a question I started pursuing in earnest a couple of weeks ago, after realising I’d read so much about this sex toy, but never learned its fate. I had visions of tracking it down and returning it to the people: of Richie McCaw choppering it to a new home at Te Papa; Kiri singing ‘Pōkarekare ana’ as it was handed over; John Campbell weeping gently, murmuring “marvellous” over and over.

If you’re pumping your fist and chugging a Lion Red right now, stop. I have some bad news.

The next day, Inspector Chris McLellan rang with the terrible news. “It was destroyed pretty much the same day,” he said. “I was the one that did it.”

McLellan had been in charge of security at Waitangi on the day Joyce was attacked. Now he was on the line, telling me New Zealand’s most famous fake penis was gone forever, and he was responsible. But how was it destroyed? Thrown into the bin? Cut into pieces? Burned before a consort of its peers? He wouldn’t say.

“Even in a drug case, if you plead guilty to having a meth pipe full of meth, the prosecutor still stands up and says ‘I seek an order for destruction.’ Destroying property that isn’t even illegal is highly questionable.”

“It is very abnormal for an inspector to be involved in the destruction of property as a function of their role.”

Now it’s gone, lost to this physical world thanks to a strange and possibly illegal act. The only thing we can do is keep it alive in our memories. Talk about its legacy. And maybe once a year, gather around a computer to relive the moment it entered our lives, blinking into being like a new star in the sky; its radiant pink blur flashing across a backdrop of grey, colliding with New Zealand for a split-second. And just as quickly, vanishing back into the ether.