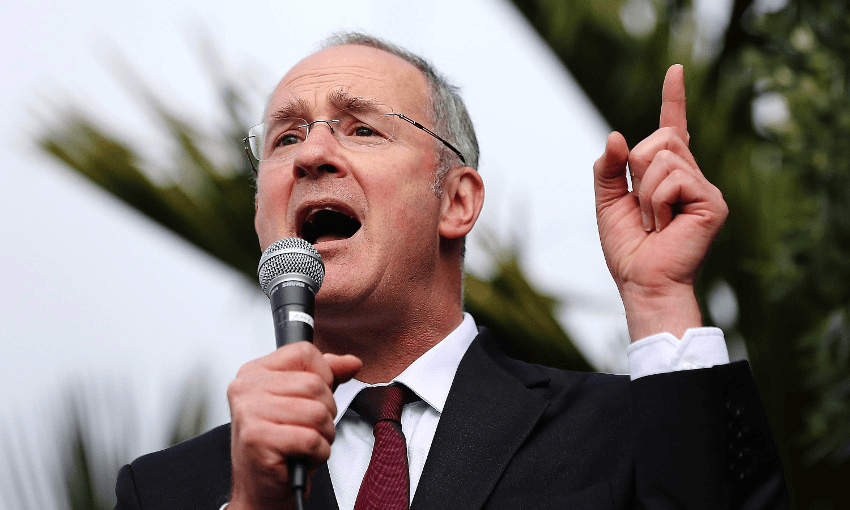 Call the cops: a senior cabinet minister accidentally told the truth about drugs

Phil Twyford called meth use a “health issue” this morning, and said his Housing NZ would not make people homeless. Good words and true. So why is his government still locking addicts up?

A few hours ago, Morning Report’s Guyon Espiner conducted an interview with housing minister Phil Twyford which was both mundane and extraordinary, all within a hair over five minutes. Mundane in the sense that it was chiefly concerned with refining the detail of a story which has been in the public domain for weeks now: the appalling and functionless evictions of Housing NZ tenants from their homes after trace evidence of methamphetamine had been found, and the subsequent loading of the enormous costs of both testing and cleanup on top.

Twyford was there to announce that not only would there no longer be any cleanup and testing where meth use was suspected, but further, that even if it knew that meth was being used on a property, that it would not evict the tenants. On the face of it precisely the kind of sound, practical response to a complex social issue that Labour campaigned upon.

And yet Twyford went further than that. He decried National’s record of dealing with the intersection of meth and Housing NZ, saying “under the old government, the policy was to make [a person found to have smoked meth in a Housing NZ property] homeless”.

No more. “Under my direction,” he said, “Housing NZ has taken a more compassionate and tenant-centred-approach. We want to sustain people’s tenancies. So if someone has an addiction problem, just as if they have any other significant life challenge, health or otherwise – mental health for example – then as a good landlord, Housing New Zealand will try to ensure they get the support they need to deal with that problem.”

This is Labour’s vision made concrete: the government of kindness that Jacinda Ardern talked about in the early post-election speeches. If you’ve stumbled, the government will be there to help you up, not tear you down.

It’s hard not to get a little emotional thinking about what a nation that applied this standard uniformly might look like. How many lives could be put back together again rather than torn apart. Twyford is an able messenger for this vision of contemporary Labour values. He balances a fury at what his predecessor has done with a compassion for those he sees as its victims.

He even acknowledged what drug law reform advocates and anyone with eyes that cares to use them have been saying for years: that meth addiction is “a health issue” and said that Housing NZ’s response now will be to “get assistance for that person”.

Only, he said more than that today. “If someone’s got an addiction problem, you couldn’t do anything more calculated to make them vulnerable to greater risk to their health – and, in fact, incurring greater cost to the taxpayer – than making them homeless.”

This was not a point he made in passing – it was one to which he returned, describing evicting a tenant with a meth addiction as “the worst possible thing you could do”.

Only, it’s not. Manifestly worse than losing your home is losing your home, your job and your liberty. This is exactly what happens when you’re put in prison, which remains our dominant method of dealing with addiction. In the six years to 2013, encompassing both National and Labour governments, 2800 people were sent to prison on minor drug charges, including possession of a pipe or needle or small quantities of banned substances.

Today, five years on, little has changed beyond our prison and homeless populations. Twyford and Housing NZ today took another small step away from the most damaging and moral panic-stricken excesses of governmental response to meth addiction. And yet the fundamental bedrock which has underpinned this society’s response to drug use for a century – lock them up – remains in place.

Which is why his concerned words today – talking about health and about compassion – seem, politely, weaselly bullshit when set against the treatment of the far greater population of drug users and addicts who happen to not live in state houses.