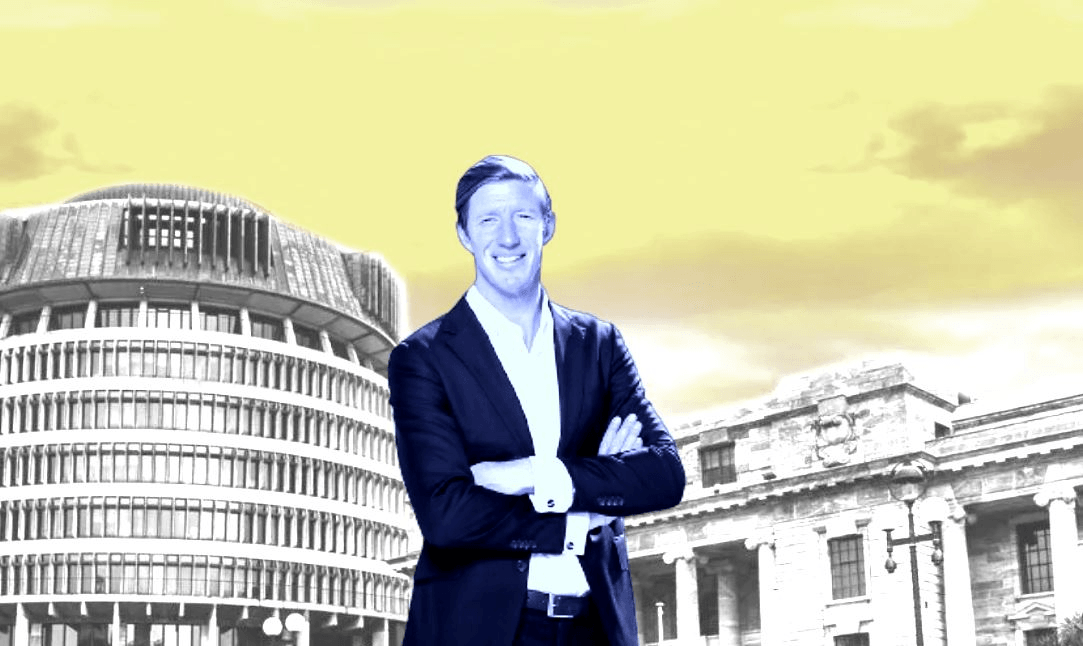 A banker and agribusiness owner, Sam Uffindell will be the new MP for Tauranga, succeeding Simon Bridges. Mr Uffindell is currently the Head of Financial Economic Crime for Rabobank and owns a small agribusiness based in the Bay of Plenty.

A banker and agribusiness owner, Sam Uffindell will be the new MP for Tauranga, succeeding Simon Bridges. Mr Uffindell is currently the Head of Financial Economic Crime for Rabobank and owns a small agribusiness based in the Bay of Plenty.
Opinion

What it means for the major parties – and for those seeking a ‘united umbrella party’ from parliamentary occupation supporters.

Some byelections bring drama and grand auguries – think Northland, 2015. Others – most – are instantly forgettable, and Tauranga 2022 will fall squarely into that category. Its only true surprise was the decision that triggered the thing – Simon Bridges’ resignation from parliament.

But byelections always offer a snapshot, a chance to test the political weather, even if it’s more a finger in the air than a booming windsock.

A boost for Luxon’s National

Sam Uffindell of the National Party will be the new member for Tauranga. With just the specials yet to be counted, he boasts more than twice the count of Jan Tinetti, a Labour list MP and minister.

The Greens and the Māori Party opted not to enter a candidate, and they’re unlikely to have had a moment’s regret. Not only did Winston Peters not stand, but NZ First didn’t take part at all. Add together those absences, the vagaries of a byelection plus the freakishness of the Covid election in 2020, and it’s even trickier to draw too many conclusions, but here’s the last few results so you can see them side by side.

It might be argued that National hoped for a greater gap, to take it from spacious to humiliating. But it pays to remember that not seven months ago, the opposition was in meltdown. This is a very good result for National. With their ship steadied under Christopher Luxon, the Covid-19 response no longer monopolising attention and energies focused on the cost of living, these numbers are more evidence that the political balance is reverting to something resembling the norm.

Act will be delighted, too. For Cameron Luxton to top 10% after polling around 7%, at the same time as Uffindell scores over 56%, adds up to two-thirds support from Tauranga for a putative National-Act coalition. Call it Team Lux(t)on.

For Labour, it could be a lot worse. The party’s campaign that was so stocked with expectation management it teetered on defeatism, but given the potential for voters to punish governments in byelections, even given they’ll have picked up some votes from the absent Greens, this feels like a reprimand rather than a roar.

Nothing astonishing about that, though. The expected final turnout of 40.6% is in the same ballpark as the last three. Northcote in 2018 registered 44% turnout. In the 2017 Mt Albert byelection, when National declined to stand a candidate, only 30% turned out. And it was 38% in Mt Roskill, 2016. The last truly exciting contest, Northland in 2015, had a turnout just shy of 65%.

Sue Grey and the ‘freedom’ crew

The co-leader of the Outdoors & Freedom Party, a prominent anti-vaccine lawyer and participant in the parliamentary occupation, Sue Grey picked up 4.7% of the vote. The New Nation Party’s Andrew Hollis, who recently told Newshub he believes that the UN and the World Economic Forum control the world, returned 1.3%.

Those numbers are small – in total votes 917 and 245 respectively – but enough to encourage the groups who found a shared cause in the occupation of parliament grounds that they can get voted into the building itself at the general election.

On their social media channels last night, the mood was buoyant. “Roll on Election 2023,” was the message from Brian Tamaki’s Freedom and Rights Coalition in a post suggesting “we could well see a united umbrella party exceed the 5% threshold”.

The movement is crowded with giant egos and mutually incompatible, often preposterous convictions. And the Billy-TK-Jami-Lee-Ross experiment of 2017 is still fresh as a cautionary tale of fringe parties forming expedient political marriages. But doubt not that they’ll be giving it a crack.