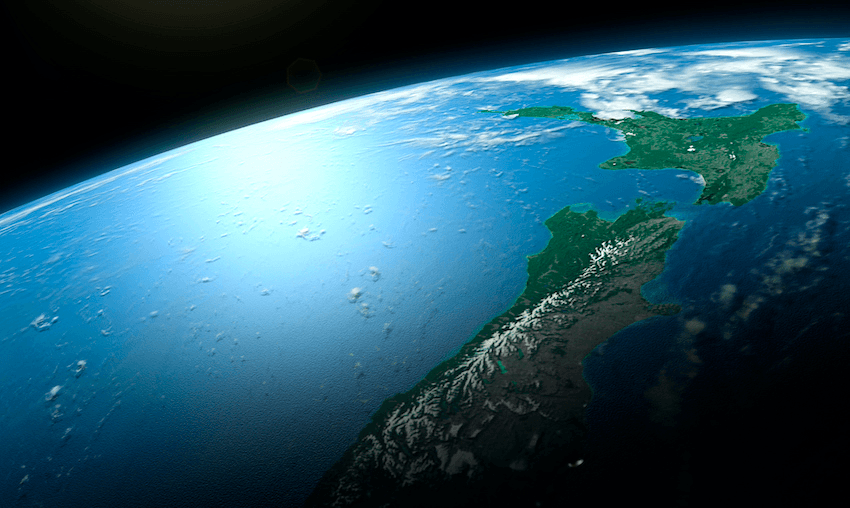 A new geopolitics will emerge from Covid-19, and NZ can be at its forefront

By Robert Patman
Guest writer
Made possible by

From international relations to climate change to world trade, New Zealand has an opportunity to affect the post-pandemic world for the better, writes Robert G Patman in this paper for the SSANSE Commission for a Post-Covid Future at the University of Canterbury

The Covid-19 crisis has confirmed the near breakdown of an international rules-based order that New Zealand had almost taken for granted. With the UN Security Council largely marginalised, it has highlighted the absence of an effective international crisis-management system while revealing that traditional allies like the US and UK – currently led by populist governments – can no longer be relied upon to provide international leadership in a multilateral setting.

A global pandemic is a good time for New Zealand to reset its foreign policy. By clearly rejecting the politics of populism, isolationism and protectionism, Wellington should actively champion, along with like-minded states, an international rules-based order as the most realistic approach to global challenges that do not respect borders.

Most observers agree that a post-Covid-19 world will be different, but beyond that opinion is sharply divided.

On the one hand, there are scholars and diplomats who believe the impact of the lockdown response to Covid-19 in many nations will reinvigorate nationalism at the expense of globalisation, which is seen as a project that has failed, and nation-states will strengthen their status as the world’s important and legitimate players.

According to this perspective, the emerging global order would be characterised by de-globalisation and protectionism and by intensified geopolitical competition involving the great powers like the US and China and also conflicts such as the relatively brief oil price war between Saudi Arabia and Russia.

On the other hand, there are observers who see globalisation as a structural change powered by technologies that have made the world more interconnected.

According to this view, there will be no return to the pre-globalisation era. States confronted by transboundary challenges that they cannot control will sooner or later be obliged, out of self-interest, to seek greater international coordination and support during a period of international transition.

The international transition and the impact of Covid-19

On balance, the latter possibility appears to be more likely for several reasons.

First, disruptive events in the past such as industrialisation, the Russian revolution of 1917, the end of the Second World War and the end of the Cold War led to the emergence of new perspectives, daily routines, power relations and resource distribution.

Second, the response of states to the Covid-19 pandemic has highlighted a clear fault line in global politics, but also some indication of  things to come.

Some of the highest death rates from Covid-19 are found in states with populist governments such as the US, UK and Brazil. These states seemed initially indifferent to the World Health Organisation warning on January 30 that Covid-19 was a “public health emergency of international concern”, appeared impervious to the public concerns of many healthcare experts, continued to emphasise a sense of national exceptionalism, and were painfully slow to react as the threat of the virus grew.

In contrast, the nation-states that have performed well in keeping Covid deaths to relatively low levels include South Korea, Taiwan, Germany and New Zealand.

What these states have in common is they acted early on the advice of an international institution, the World Health Organisation, consulted with a wide range of scientific and healthcare expertise, and were prepared to learn from each other.

Since the end of the Second World War, New Zealand has been a firm supporter of multilateralism and what is known as the liberal international order, which can understood as an open and rules-based system of international relations

For middle range and relatively small states like New Zealand, multilateralism offers the prospect of a voice and influence on international issues that would not otherwise be possible in a self-help state system based largely on power.

The Covid-19 crisis has highlighted the absence of a functioning global public health infrastructure and the lack of an effective international crisis-management system, with the UN Security Council failing to offer leadership and organisations like the WTO and IMF relegated to virtual bystanders. The pandemic has also showed that some nation-states like the UK, US and Brazil are ruled by leaders who apparently put their national pride and political interests above the safety and lives of their citizens.

New Zealand has a vital stake in defending the rules-based multilateral system against its adversaries. But New Zealand and other supporters of the liberal order must do more than that.

Another global crisis that does not respect borders is climate change. It is unfolding more slowly than Covid-19 but will have even greater consequences. The world had a chance to tackle it in the early 1990s, but blew that opportunity through decades of denial over the mounting scientific evidence underpinning it.

Much future damage caused by climate change cannot now be avoided. But wise policy-making can still limit the impact of this impending disaster – if all nation-states take the challenge seriously. As Swedish teenage climate activist Greta Thunberg has remarked, “We cannot solve a crisis without treating it as a crisis.”

That prospect is now emerging. For policy-makers, the key lesson of Covid-19 crisis is that effective leadership must be informed above all by science and the realities of complex interdependence within and across the borders of states.

If this is true, it will become increasingly difficult for political leadership based on nationalist posturing and slogans to continue to deny the crisis of climate change, which constitutes the biggest threat to human life on earth. And such crisis recognition is likely to have radical geopolitical consequences as well.

Two former US Secretaries of State, George Shultz and James Baker, recently observed that the winners “of the emerging clean energy race” will decisively shape world politics in the decades to come.

Moreover, if climate change finally gets the international attention that it deserves, this will be a good time for New Zealand and like-minded states to strengthen global institutions.

Two sets of reforms could bolster the international rules-based order.

First, the global security situation is not realistically going to improve until the P-5 group loses the privilege of being able to veto any UN Security Council resolution they do not like.

The brutal nine-year civil war in Syria is a sad reminder that the use of the veto has made the UNSC incapable of delivering either stability or justice to places that are in desperate need of both. The veto power of the P-5 group should be abolished or severely circumscribed.

Second, it is time for a serious international debate on how the liberal economic system can be made to work better for more people. While there may be little consensus about what a reformed liberal economic order would look like, the current situation where 26 billionaires have almost as much wealth as half the world’s population is not morally acceptable or politically sustainable.

Without such reforms, the rules-based international order will remain susceptible to the forces of authoritarianism, populism and demagoguery. To meet this challenge, New Zealand and other small and middle-level states will have to move from top-down multilateralism – where superpowers like America or China always lead – to a more bottom-up, strategic form of multilateralism that is capable of mobilizing international support for long overdue institutional reforms. Above all else, the Covid-19 crisis has demonstrated to New Zealand and many other states that neither the US or China can be relied upon to protect their vital interests.

The SSANSE (Small States and the New Security Environment) Project at the University of Canterbury is launching a Commission for a Post-Covid Future to provide contestable policy advice to the New Zealand government on options for foreign, trade and economic policy for New Zealand’s post-Covid recovery.