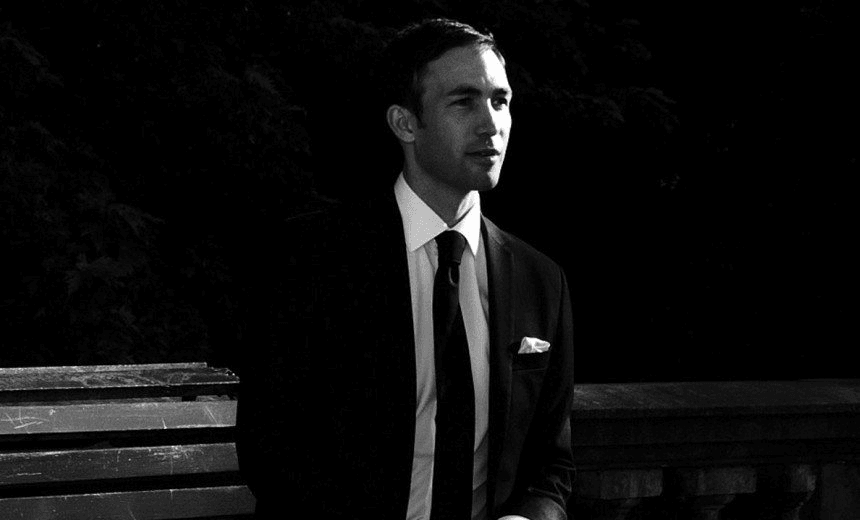 Book of the Week: Matt Suddain and the promise of LOLs

By James Robins
Guest writer
Made possible by

John Tamberlain, the hero and narrator of Matt Suddain’s second novel Hunters & Collectors, is a successful critic. This is the first sign that we’re dealing with a wild imagination. As if to push the fold even further, we find that Tamberlain is in demand, fawned over, and never without a publishing deal. Fans send him “mountains of ardent letters, wincingly explicit poems and eye-watering photoprints.” He has bodyguards, for god’s sake. Which is probably a fine idea given that “Madame Wan threatened to separate me from my balls with a boning knife.”

Tamberlain is a food critic – or “forensic gastronomer”. He tastes, deliberates, eviscerates “a bird which had been so crudely butchered I was surprised to hear the chef had cooked it and not been led to its corpse by a psychic” and a cheese “made from the milk of sea cows…yellowish brown with a rind like a fisherman’s hands.”

Tamberlain’s adventure is stirred by a photograph of a restaurant covered in mirrors rumoured to serve the best meal in the galaxy. He sets off to find it with his agent and his bodyguard. It doesn’t take long to realise we’re in the realm of satire. Most of the book is set in (or on) “Kaukassia”. Its locals speak of a Revolution which led to children in labour camps eating their own toes (Is this supposed to be funny?). A “Velvet Curtain” has lifted between two ideologically-opposed hemispheres. “Refugees from conflicts and famines in the Near East” flail in the background. There is a kids TV show called “Mr Spongey Sponge”.

The satire is of consumerism and gluttony, on microchip fetishists, on engineers crafting elegant solutions without ethics. Tamberlain’s destination is the summit of unbridled progress left unchecked. Suddain makes it quite clear: The future is “…a cult. A tyranny of progress. And anyone who speaks against it is shunned. But all tyrannies must efficiently erase the past if they’re to work. I like the past. The past was solid, simple, and real. The rooms were large, the food was good, and we knew who our enemies were.”

But Suddain isn’t quite ready to indulge a Luddite tendency just yet. The book’s structure is ostentatious in its opacity. He doesn’t, as M John Harrison once put it, “attempt to exhaustively survey a place that isn’t there.” The introductory chapters (if we can call them that) are mere fragments: Bulleted shopping lists. Itineraries in ellipses. A footnote here and there. People and places perfunctorily greeted. Scrawled diversions, overheard conversations, and epigrams floating in the middle of an unadorned page. Not only does this technique force us to engage our attention, it also forms the impression that Tamberlain might be unhinged, flickering between hallucinations and a reality not altogether real. We’re never quite sure if he’s playing with a full deck.

To carry on this loose-limbed style would do our heads in, so the author switches gear, addressing the bulk in a letter to an anonymous fan. Here, Suddain does some impressive work. With a deft sleight of hand, he can manipulate tone superbly: the Benny Hill frivolity of a chase through a brothel suburb vanishes when Tamberlain arrives at his holy grail hotel, its cavernous lobby hosting a blood spill that takes an hour to walk around, an ice-picked Countess gazing dead-eyed on the other side. And when in full flow, Suddain’s style is imperishably original, a blend of mastered lyrical eloquence and low-life gutter-talk.

However, the two convictions frequently come to blows, the pulp compulsion occasionally gaining the advantage. Amongst long and elevated passages, Suddain has the gangrenous habit of dropping in expletives and invented curse-words as a placeholder, having failed to think of something funnier. So, often enough to be annoying, we get bursts of “I have no fucking idea” or “Beast still didn’t know what the fuck was happening” or “blah blah fucking kill me” and so on. These lazy squibs reek of self-awareness, of a mind reaching its limit. Compare that to when Suddain gets his swearing thoroughly right: “Then to Misty’s Spice Boutique for food so bland and inambitious I doubt it’ll ever aspire to become shit. It’ll probably just sit in my colon yawning.”

If he desired it, I could easily imagine Suddain turning his Nabokovian sentences into Nabokovian paragraphs. (I drop the name quite deliberately, not just because the author winks knowingly at the Enchanted Hunters Hotel.) But I doubt he has any inclination to abandon the lightspeed jaunts to faraway territories. He doesn’t do serious or grand. His imagination, and the book, is surreal and packed with creative cruelties, in thrall to the outlandish, the absurdist, and the black comic, captured by the macabre.

New Zealand's Got Talent? We do, but this show isn't that. It's so much more.
By Sam Brooks
Staff feature writer
6th March, 2022

For Afghan-New Zealander Abbas Nazari, the new Pax Assadi comedy stirs memories of his own family life in the early 2000s.
By Abbas Nazari
Guest writer