I’m currently reading my way through the almost 20,000 pieces of feedback received on the Recovery Budget, Auckland Council’s 10-year plan. A consistent concern raised by respondents is the need to protect urban trees. That’s not a surprise – since the general tree protection rules were removed by the National government in 2012 there are limited restrictions on chopping down large trees on private land. In a climate emergency, the fate of urban trees is going to come under greater scrutiny, especially when a number of high-profile protests give the impression a “massacre” is under way.

A recently updated council report provides the evidence of what is actually happening on the ground. Over the three to five-year period it covers, changes in tree canopy cover ranged from -5% to +9% at the local board level, providing a neutral gain of 0.6% across Auckland. It’s a cautiously optimistic indication that clearance of trees in urban areas is not occurring, despite the removal of tree protection rules almost a decade ago. However, the report also shows we have a lot more to do to achieve the Urban Ngahere (Forest) Strategy goal of 30% tree cover by 2050, especially in the five local board areas that are currently under the 15% minimum goal.

Last year, Auckland Council signed off Te Tāruke-ā-Tāwhiri – Auckland’s Climate Plan, which included the undertaking to “grow and protect our rural and urban ngahere (forest) to maximise carbon capture and build resilience to climate change”. Our recovery budget backs this up with new funding to contribute to our goal of reducing Auckland’s greenhouse gas emissions by 50% by 2030.

This year’s proposed one-off 5% rates rise will provide an additional $14m to invest in growing our urban and rural forests, which includes:

Surveying is under way to determine locations for street trees; the local board areas with the lowest canopy cover will be targeted first. This is on top of the planting programmes and ecological restoration already under way and in addition to the mayor’s 1.5 million trees initiative.

I‘m deputy chair of the council’s environment and climate change committee, and when I’m accused of supporting a project supposedly involving “wanton destruction” to native trees and a “crime against nature”, I take it very seriously. The track cut through the native understory of the Western Springs forest to fell 198 pine trees is no doubt a confronting sight, and has raised concerns about whether this is really necessary to achieve the Western Springs Native Bush Restoration Project. An alternative proposal of “low-interference ecological management” allowing natural processes to achieve native restoration appears on face value to be a logical approach. However, the case for leaving the forest untouched made in The Spinoff last week ignores relevant facts, expert opinion and context.

A well-used path runs steeply through the 3.2 hectares of native bush and pine stand. It provides a short cut down to the Western Springs Lakeside park, Te Wai Ōrea, and for many kids in the area, a route to school. When I first attempted to get the track maintained almost a decade ago, the Waitematā Local Board received advice that the pine trees had to be removed first due to the instability of the pines and the safety risk. Over the past 30 years the stand has reduced from approximately 700 trees in 1988 to 198, of which 31 were dead, by October 2020. The remaining trees in the stand were in varying condition, with the majority being in a state of decline. 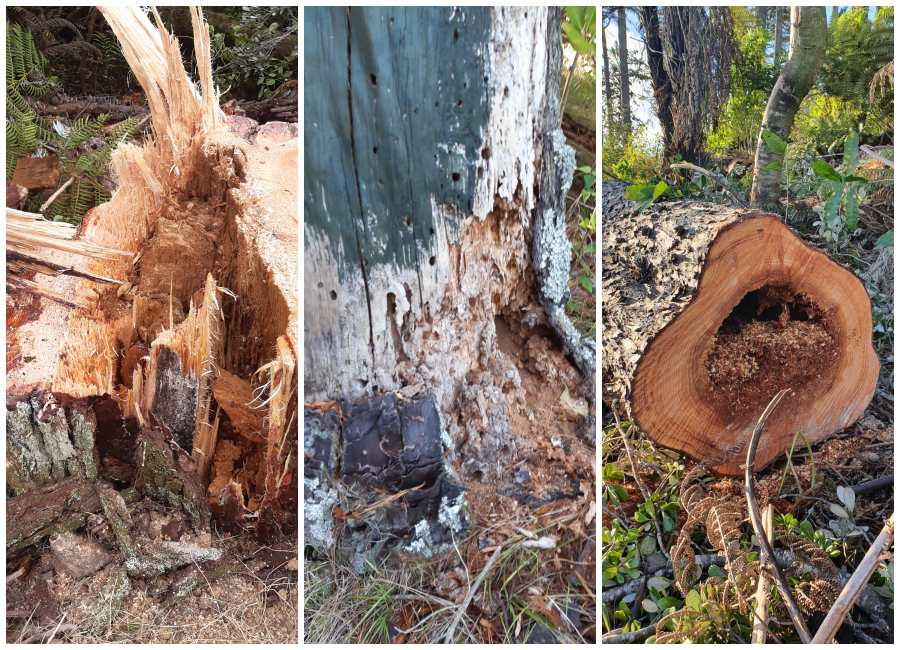 As far back as the mid 90s, the advice about regenerating the area has been consistent from a multitude of experts, including more recently the Tree Council. Leaving the pines and providing for a slow transition may arguably achieve the same results in 20-30 years’ time, but that approach requires ignoring or downplaying the safety risk posed by the pines. It also fails to consider how accessing the pathway contributes to community wellbeing and health. The public hasn’t been able to enter the area since April 2018 due to the risk of harm from falling trees and other safety concerns. The risk was independently assessed by the Tree Consultancy Company in September 2020, which over several weeks individually assessed each tree. Its findings supported the decision to close the forest. It is not for politicians to determine the level of risk or ignore the potential harm.

Independent commissioners reviewed all the evidence presented as part of the project’s resource consent process and determined that removal of the pines in one operation would be a practicable approach to enhancing the indigenous biodiversity values of the Significant Ecological Area (SEA). The commissioners accepted that removal is required due to ongoing and increasing health and safety concerns in relation to the trees’ continuing decline and fail. They concluded, “The alternative option of allowing the pines to fall and the indigenous vegetation to continue to develop was considered but rejected as this would require the closure of the pine tree area and involve no access and no pest control. This will lead to the proliferation of pest plants and hinder the regeneration of the indigenous vegetation”. The resource consent was appealed to the Environment Court and the conditions were strengthened at mediation.

The decision-making report that went to the local board in November 2020, over five years after the project was first consulted on, confirmed that the project is climate positive and also contributes to Auckland’s Urban Ngahere Strategy. The native forest will provide several additional ecosystem services including improving air and water quality, reducing the impact of the urban heat island effect, and providing habitat for fauna. The removal currently under way is closely monitored and happening in accordance with the consent conditions. This will be followed by the planting of around 8,000 native trees and shrubs such as kauri, taraire, kohekohe, pūriri, tītoki, kānuka, māhoe and karamu.

Context and facts matter when describing a so-called “year of the chainsaw” with inflammatory rhetoric that escalates anti-council hatred, provokes the worst abuse I have ever experienced in 11 years on council, and creates an unsafe working environment. Professionals who are deeply committed to the urban ngahere are finding themselves attacked and defamed on social media and in emails sent directly to their inboxes. Accusations of corruption levelled at the contractor working at Western Springs are unsubstantiated, but their workers have been verbally abused and spat at; their equipment has also been urinated on by protestors. Six pōhutukawa trees opposite the Museum of Transport and Technology in Western Springs that were saved in 2015 (Photo: RNZ/Supplied)

Another claim in The Spinoff piece was that other council projects point to widespread large tree removal across the city. That is not the case. The removal of one macrocarpa at Ash St in Avondale will make way for a 117-unit development in partnership with Marutūāhu iwi and a net gain of 21 mature trees. Council’s so-called “disdain” for “the Mataharehare pā pōhutukawa” is actually an oblique reference to the Ministry of Culture and Heritage’s project to build the National Erebus memorial at Sir Dove Myer Robinson Park. That project is not in fact on the pā site recognised by Ngāti Whātua Ōrākei and will be built with the protection of all the notable mature trees on the site. The so called “killing of another mature native tree cluster in Epsom” reads like teen fiction. In reality, council has moved urgently to save a mature tree when it was discovered that it had not been scheduled in error.

It is also incorrect to suggest that Newmarket Park and the Bullock Track are examples of how “bad” council is at restoration after pine tree removal. Restoration has only just got under way at the Bullock Track, led by volunteers in an area not controlled by council. Regional Facilities Auckland removed pine trees along the Western Springs Stadium boundary a number of years ago for safety and security reasons just as Auckland Zoo did to develop the stunning native habitat, Te Wao Nui.

This is not to say council can’t do better to protect existing urban ngahere and to work effectively with communities to find solutions. Avondale’s Canal Road is a sad example of a missed opportunity to secure trees on private land when there was still a willing land owner and council budget available, a long time before the battle to save 26 native trees got under way. There are over 500 notable trees waiting to be scheduled in the Auckland Unitary Plan and the Auckland District Plan when resources permit. Although our advocacy continues to central government to reinstate blanket tree protection powers as part of the RMA review, the limited tree protection powers available to council should be more widely used. As a council we also have to address the distrust that allows misinformation to spread and the need to build confidence in decision-making processes.

Just across from Western Springs the majestic “Pōhutukawa 6” stand proud on Great North Road. Over six years ago I was part of a group who came together to successfully save them from the chop for road widening. Despite Auckland Transport having the legal power to remove the trees, the AT Board chair at the time was convinced by the campaign – a mix of politics, activism, media smarts, technical evidence and mana whenua support – to order the road builders to put the project on hold. History has proved us right. The extra lane wasn’t needed after all to make the St Luke’s interchange work more efficiently for vehicles. The future of Pōhutukawa 6 is secure. I continue to support the Western Springs restoration project, confident we’re taking the steps necessary to enhance the urban ngahere for future generations to enjoy.