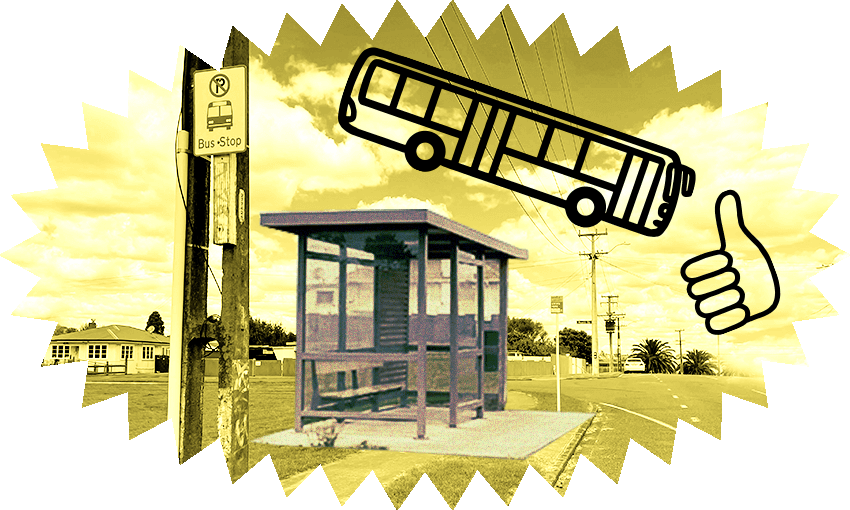 As part of Auckland mayor Phil Goff’s proposed Climate Action Package, more frequent bus services will be rolled out around the city, including to Ihumātao, which has been largely cut off from public transport since the supercity began.

With news that a bus service could soon be coming to the isolated South Auckland community of Ihumātao, locals say it’s about time – but they aren’t looking forward to the potential for airport-bound commuters speeding through their area.

Ihumātao resident Cathy King currently drives her daughter to school, then parks her car and catches a bus into the city for her studies. She says having public transport will make a big difference to her life but she’s also worried about what impact it will have on her idyllic rural community.

“On one hand, it’d be great, as it takes half an hour to walk to the nearest bus stop,” she says. “It’s really costly running a car now with petrol being so high and I also support it for environmental reasons.”

Ihumātao is a small seaside settlement on the outskirts of Māngere, bordered by farmland and the Ōruarangi awa. It’s made up of fewer than hundred homes, a marae and a kōhanga reo, and is considered one of Auckland’s oldest settlements, with archaeological evidence showing that Māori have lived there continuously for around 1,000 years.

Land in the area was to be developed into a large-scale housing development, despite ongoing opposition. The issue rose to national attention after campaigners for the mana whenua-led Protect Ihumātao movement began occupying the site in 2014. In 2020, the government bought the land from Fletcher Building for $29.9 million, following negotiations with iwi. At the height of this campaign, a kaitiaki village was established along with road blocks at the corner of Ōruarangi Road and Ihumātao Quarry Road. One route option for the proposed bus service is to remove the roadblocks so buses could continue on towards the airport, rather than doing a u-turn in the settlement, once again opening up the area as a short-cut for commuters.

Prior to the campaign, airport-bound commuters and truck drivers would speed through the area trying to avoid traffic jams along state highway 20A, and King says this made the road particularly dangerous for families trying to cross the road.

“It’s a double-edged sword, as before the road was blocked, this road was so busy every day before 8am and just after 5pm,” King says.

Kowhai Olsen is the kaitiaki/resource management officer for Ihumātao’s Makaurau Marae Maori Trust (soon to be Te Ahiwaru Trust), which works on behalf of local iwi in the area. She says the bus announcement is being cautiously welcomed by the community.

“The iwi of Makaurau Marae [Te Ahiwaru] have long awaited roading and transport provisions that consider the needs of our residents,” she says.

“Are we happy? Of course. Public transport offers independence to our people, relieves pressures from families sharing one vehicle, gives some independence for our elderly and, probably more importantly, opens up access to new educational and career pathways for the next generation.”

But she reiterates that protecting the identity of her community is paramount and that means Auckland Transport will need to be receptive to their wider concerns.

“We need to see speed reduction, pedestrian crossing safety before everything else.”

A spokesperson for Auckland Transport confirmed the bus service would be established within the next two years, dependent on funding and “the necessary infrastructure being in place”.

“We will consider the road blockade closer to the date,” they said.

“If we are going to meet our goal to reduce carbon emissions, we need to provide more frequent and accessible public transport so Aucklanders aren’t forced to rely on private cars to get around,” he says.

“Providing better bus services in South Auckland will help reduce historical inequalities in the area, which has previously been underserved by public transport. This investment is critical if Auckland is to become a greener and more sustainable city.”

For Kowhai Olsen, regardless of what happens, her community will staunchly protect its identity and its right to speak up.

“We’re here, have always been and won’t be going anywhere any time soon.”