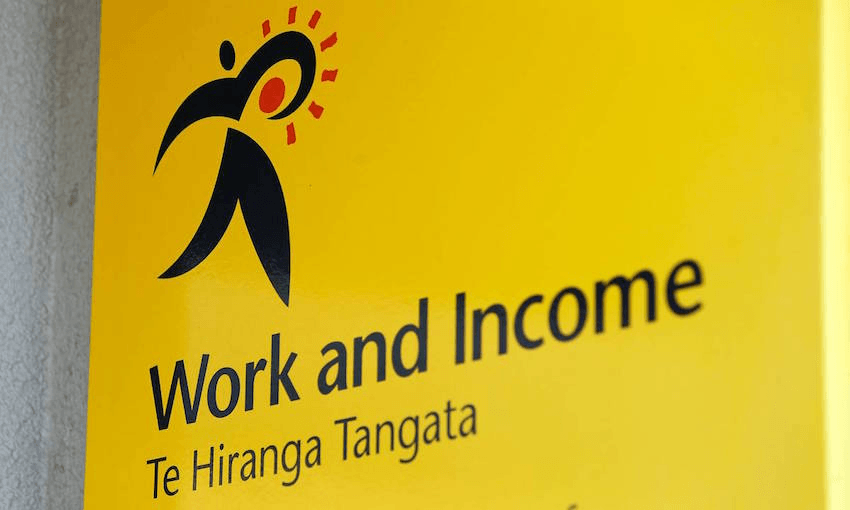 ‘The culture under National was to make it as difficult as possible for people to be able to access what they’re entitled to at Work and Income New Zealand. And now our job is to turn that around.’ – Carmel Sepuloni in 2017

Fighting poverty at the coalface: The diary of a WINZ advocate

‘The culture under National was to make it as difficult as possible for people to be able to access what they’re entitled to at Work and Income New Zealand. And now our job is to turn that around.’ – Carmel Sepuloni in 2017

The government would argue it’s on track to reduce child poverty significantly by the next reporting round, and culture change is well underway at Work and Income. But change at WINZ is a slow-moving process. Pip Colgan is an advocate at Auckland Action Against Poverty (AAAP), which means she spends a lot of her life at WINZ offices helping people access the benefits they’re entitled to. This is an abridged extract from her diary.

Advocates are back at our usual WINZ office in Manurewa after the completion of major refurbishments. Changes are clear: Booths stretch along the back wall of the office leaving large empty areas where once there were lots of desks. Staff are fenced off from the public, and key-card access is required. This has clearly been done to provide more security and privacy. A screen above the registration desks periodically welcomes people, but the barrier between us and them sends a powerful message. We meet people to talk about their needs on the path outside, where they are queueing.

Security guards allow people entry three at a time. We go in with them, to three registration desks where they declare what emergency help they need. Mostly it’s food, followed by other basics: rent, power, transport costs, clothing. Rent arrears can mean the difference between staying in their house and emergency housing if they lose their house. Power can be a problem. If it’s cut off there is often a reconnection fee. People are told they will receive a phone appointment. Many say they would prefer face-to-face, but there are now only six such appointments available for emergencies today.

Before today, WINZ allowed us to support 65 face-to-face appointments. People are wanting advocacy help because their experience is of having their requests turned down, and advocacy help won’t be possible if they are sent away to wait for a phone call. The manager says that’s not her problem.

I argue the right of people to have advocate support during an appointment. She agrees, saying that WINZ isn’t denying them that. But running appointments by phone will mean people will be unable to access that legal right, I say. Eventually the manager tells me caseworkers can include advocates in a three-way call appointment if that is what people would like. We give three advocate phone numbers to the people on reception, and as there is no instruction from their manager, we update them on what she has said.

People are informed they’ll be called between 8:30am and 5pm but that’s as specific as it gets. Often the calls come at inconvenient times, like when people are collecting their children from school, or they’re at the doctor’s. The manager, surprised to hear this, agrees that people should be asked if there are times they can’t receive a call, and that this should be added to the appointment notes. But she doesn’t convey this to the receptionists. Again, we must update their instructions.

Caseworkers are required to try three times to make contact with people. But often all three calls are so close together, the reason for not answering is the same. If people don’t have a phone, they must provide someone else’s number. Because there’s no specific appointment time, the person will have to spend the rest of the day with the owner of that number to ensure they receive the call. If they have no one, we offer an advocate’s number. But this means people have to wait at the office until the call comes through. If they should be at work today, their job is at risk.

A woman who arrived early in the morning tells a receptionist her power will be cut off at midday, unless she can get help to top-up. She’s told she can have a three-way phone appointment, and she asks if her call can happen by 11.30am so her power won’t get cut off, and so she won’t be charged for reconnection. She waits with us, getting agitated. By 12:45, still no call. She’s resigned to the fact that the reconnection fee will now be added to her WINZ debt.

The receptionists are booking phone appointments, but they don’t attempt to understand peoples’ situations further and why they need help. Advocates try to dig deeper to the source of the hardship and to establish the emergency.

An advocate helps a woman with severe mental health problems who has experienced heart-breaking events over recent years. The advocate explains all of this to the receptionist, who is compassionate and arranges an urgent face-to-face appointment. This woman is treated with respect and dignity and leaves having been well helped. Would this have happened had she presented to reception without the advocate support?

Read more: ‘We should not have to do MSD’s job for them’

My phone rings. It’s a caseworker calling. He is surprised to hear I am an advocate and am sitting in the same room as he is. I explain that he has now to get the person who needs the appointment on another line so we can have a three-way conversation. He tells me he can’t do that. He agrees to confer with the manager and returns several minutes later. A three-way call proceeds! It’s tricky though, without knowing this faceless person’s situation. I listen, encouraging the caseworker to listen, to be compassionate and generous. I work hard and am able to improve what is offered.

I am surprised, given the number of people who request three-way conversations, that this is the only call for advocacy I receive during the entire day.

One person is called while still at the office and denied access to an advocate because the receptionist tells him they don’t have our numbers. If he hangs up, he will lose his place in the queue so he keeps going without the support he needs.

Another advocate supports a very young, mentally disabled man. He compliantly responds ‘yes’ to everything, even to a question of whether he will manage on $25 for food for the week. The advocate learns his story and tries to get him the face-to-face appointment he so desperately needs, but no luck. A three-way phone appointment is set up. If an advocate is called, they will have no access to this young man’s story, and likely they’ll struggle to get him the help he needs.

A distressed man informs us he had everything he needs turned down during his phone appointment because he hadn’t produced his bank statement when he made the phone appointment earlier today. He says he hadn’t been asked for it. He shows the advocates the bank statement on his phone. One of the advocates takes him inside and asks for the manager. The decision is overturned and he gets what he needs.

A woman arrives needing clothes and food. She is in Auckland for a tangi. Her car has been impounded for not having a current registration. She is stuck here until she can get enough money to get the car out of the pound, registered and warranted. She is very distressed when she is told her appointment will be conducted over the phone. She tells the receptionist that she can’t remember stuff and gets confused over the phone. She is told that can’t be helped and is sent away to wait for the phone call.

Another woman is up from the Kapiti region for her brother’s tangi. She’s in a crisis and needs food and petrol to get her 15-year-old back to school for NCEA exams. She doesn’t have a phone, which she also needs. After exhausting all possibilities for a nominated number, she’s eventually given a face-to-face appointment.

A woman turns up having been denied food during her phone appointment. She is in emergency housing, has five children and no food. Normally she can manage, but she had to buy extra things for school camp. The receptionist tells us that because the woman is in emergency housing she’s not entitled to money for food as her benefit should cover it. The woman’s hire-purchase payments and the extra things her children needed left her with nothing and she’s likely to end up with more debt if she doesn’t get help. The receptionist says that’s too bad and that the woman is making a choice to pay off her hire-purchase, so WINZ won’t help her with food. I try and clarify: If you find yourself in emergency housing with debts to pay off or hire-purchase items such as furniture or a car you should just stop paying those things?  This seems to lack vision and eventually increase debt. I remind the receptionist about the children and about the one-off camp costs. The manager will not overturn the decision. I am not involved in the conversation. We file a Review of Decision and the woman requests a decline letter to show to a food bank.

When it comes to culture change at WINZ offices, compassion and big-picture vision need a much sharper focus.