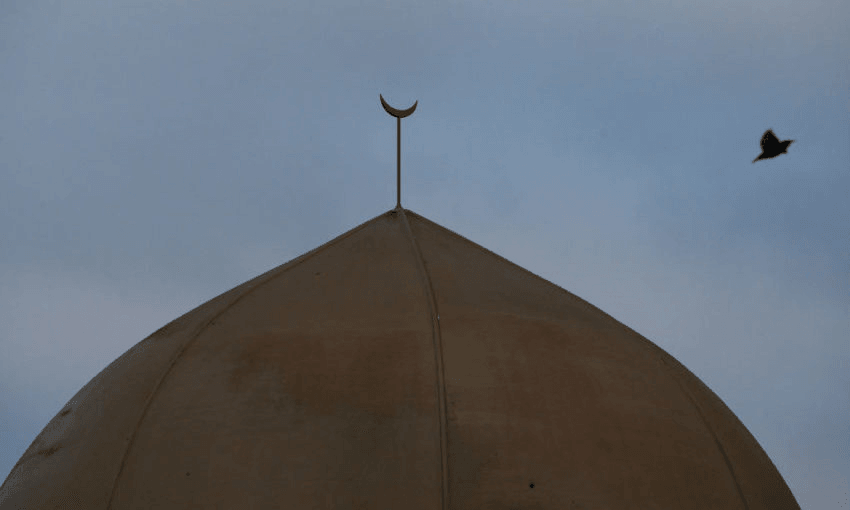 We don’t need an anniversary to pray for those who died, to honour the suffering of those who survived. But are we ready to face the complexity of the changes that are needed? An essay by Anjum Rahman.

Anniversaries are a difficult thing. Muslim beliefs around death are quite different. No grave stones or other markings are used. The body is wrapped in calico, and buried without coffins. Funerals are held within a few hours if possible, or the next day. No waiting for relatives to arrive from long distances. Burials are to be done in the place where a person passes, no transporting of bodies home.

Everything around death is founded on the notion that the memory of our loved ones who pass away live on in our hearts. That we pray for them where ever we are and at any time. How well you are remembered is pretty dependent on how you well lived. Or the manner in which you died.

2019 was an incredibly difficult year for the Muslim community, as well as for the rest of New Zealand. We felt the tragedy deeply, the collective grieving was so completely Kiwi. As was the rush to provide support to those affected in Christchurch. In the immediate aftermath of the attacks, New Zealand was a place where all differences were put aside.

We in the Muslim community braced ourselves for the work we knew was needed. Helping the community to grieve and heal. Advocating for change.

Change there has been, and a lot of it positive. Swift legislation to ban certain types of semi-automatic firearms, and hopefully a second round of reform coming soon. Work on the Christchurch Call, bringing together governments, tech companies and civil society.

Government is investing in anti-racism training for teachers. Intelligence agencies received an additional $50 million dollars, hopefully to increase focus on neo-nazi, white supremacist and other extremist groups. The Department of Internal Affairs received an additional $17 million to deal with online extremism. Police numbers were already scheduled to increase, and there is finally some investment into recording and monitoring hate crime.

The philanthropic sector as well as not-for-profit organisations have stepped up, organising events and campaigns to counter racism. Across the country, many people are determined to make a difference and have committed to putting time and energy into this.

The darker side of New Zealand still makes its presence felt. They are not deterred, nor have they reduced their activity. We have tolerated hate for so long, whether it be in our online world, or from politicians and community leaders, or even from our friends and neighbours. It’s uncomfortable to challenge people we work with. Who wants to spoil an otherwise pleasant social gathering. We let it go. That person will never change so why bother?

These are people we have to live with or work with. Relationships that have to be maintained. And who has the energy to keep arguing with countless accounts on the internet who aren’t interested in being persuaded, whose only purpose is to continue to provoke, or to disrupt any meaningful discussion?

We’re worn down by it. Often we don’t have the words, or the time to investigate every false fact, every exaggerated claim.

Violence at the level of the Christchurch mosque attacks doesn’t just happen all of a sudden. The lone wolf narrative of a person stewing alone in a dark room until they suddenly snap, out of control, into a senseless act is as false as it is misleading.

These people commit the act alone, but they are connected to groups of others. They are persuaded over a long period of time. The dehumanisation of a whole group of people doesn’t happen in single instance. It’s the constant, repetitive and unchallenged vilification that occurs over years that brings a person or group of people to the stage where they can see a clear enemy in the form of a whole community.

Dehumanisation of a group of people with a common characteristic is a tactic that has been used in all countries and all ages. What gets me is that it still continues to work. Whether it’s beneficiaries, poor people, immigrants, Muslims, Jews or any other. Any group that is seen as lacking social, economic or political power is seen as a fair target. We can blame them for destroying our way of life. We can blame them for a poor economy. It doesn’t matter much. The process is the same every time.

One year on from the attacks, I’m not sure that we are ready to face the complexity of the changes that are needed. Our resolve is faltering in so many ways. Turning the mirror on ourselves, to face our own part in the creation of this beast is still a little difficult. Too many of us still see it as something removed from ourselves.

The lone wolf narrative, the foreigner who invaded our tranquility, is a much safer story to tell ourselves. It absolves us of responsibility and removes the need to change. If we can blame him for his own descent into a cold-blooded killing machine, then we feel safe.

It’s a false sense of security though. Because our refusal to act only allows for more monsters to arise, while we continue to puzzle as to how it could happen.

We have the power and ability to change this, to change ourselves and the world around us. We could refuse to play the game of dehumanisation. We could refuse to share the nastiness, even to mock or rebut it. We could hold leaders who use these tactics to account, not using outrage but by simply paying them no attention. By not giving them our vote. By being mindful of our clicks.

We need to go deeper still. Do we have the courage to change the way our institutions work? Can we change the ways we work? Do we need to cling so jealously to what we own, or could we possible care more about who we are and what we can give? Is it really so terrible if someone gets something that we didn’t, or if they didn’t work as hard as we did to get it?

These are some of the questions I ask myself, and I know I fall short every day. I have had the opportunity to travel to various parts of the country, and to come across people who are warm and generous, and genuinely inspiring. I have met people who are putting in time, energy and resource, who are full of hope that things will be better.

I know they can be. We don’t need an anniversary to pray for those who died, to honour the suffering of those who survived. We can do it every day, in small and big ways, by dismantling all the things that allow hate to flourish.