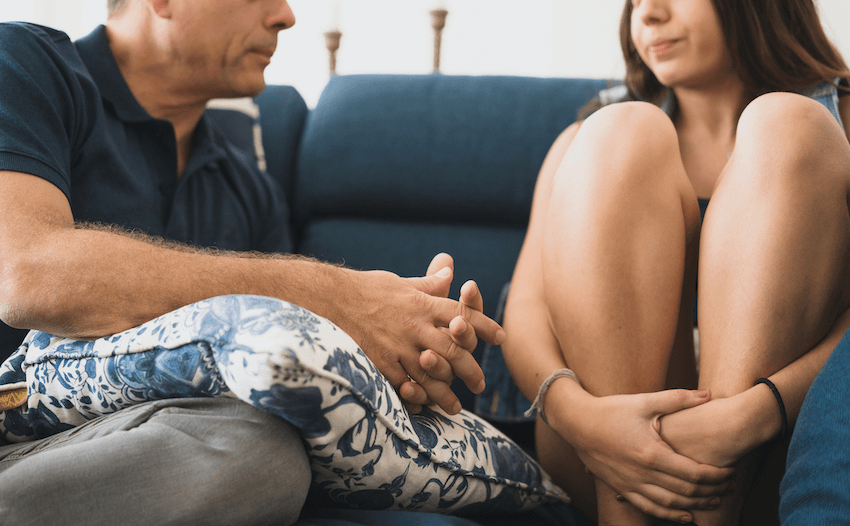 In recent research on teens’ use of pornography, one message came through loud and clear: they’re keen to talk. But it’s parents who have to start the conversation, writes the Classification Office’s Kate Whitaker.

The reality is, lockdown is challenging and being online can be a lifesaver. We can work, connect, watch shows and entertain the kids. Still, some parents likely feel concerned about the extra time their children, especially their teens, are spending in front of screens – and the nature of the content they’re viewing.

It’s not an easy conversation to have and it needs trust on both sides. Be honest about how embarrassed you are. Young people get it; they feel it too. It shows you’re human and that you care enough to have the difficult conversations even if they make you uncomfortable.

What they really need from us is to navigate the conversation in an open way that shows we respect their opinions, and in turn attempts to remove the taboos around discussions of sex.

There is no one size fits all approach, but we should listen to the young people in our lives, avoid judgements and keep our assumptions in check. This doesn’t mean that you have to change your values. Instead, explain why they are important to you in an empathetic and caring way.

This isn’t a one-off conversation and if you don’t get it quite right the first time there’s always tomorrow to give it another try. When asked how they wanted adults to respond when talking about pornography one young person simply said “With compassion, understanding and a source of information.” I think that’s a great place to start.

To help we have created resources including videos and guides. Find them here.