There’s confusion over systems and operations, and then there’s racism, writes Melani Anae.


The Bay of Plenty DHB has committed yet another racist and inappropriate faux pas in its confusion of immunisation with immigration. On Sunday it was reported that prime minister Jacinda Ardern and director general of health Ashley Bloomfield had “cleared up” the confusion surrounding the passport request incident in Tauranga. The incident was that pain, humiliation, embarrassment and trauma had been experienced by some Pacific people because they had been asked for their passports when they presented for their Covid-19 shots.

A Pacific health provider which was trying to register people for their Covid-19 vaccinations last week was told by the Bay of Plenty DHB that people would need to bring their passports with them. The health provider, AvaNiu Pasifika, wrote on its Facebook page: “Wasn’t aware this was a requirement when attending for vaccinations – when did the goal posts change?”

The Polynesian Panther Claw, of which I am a member, has labelled the DHB’s passport request racist and discriminatory. The group was formed in the 1970s to stand up for the rights of the Pacific communities during the dawn raids, and my party colleague Alec Toleafoa says the incident was a reminder of the persistent racism directed towards Pacific peoples, even before the dawn raids.

But wait – let’s rewind. How was this discriminatory and racist act by people acting on behalf of the Bay of Plenty DHB “cleared up” by Ardern and Bloomfield at a later press conference? In other words, how can one “clear up” racism? PM Ardern getting her second dose of the vaccine, at an event in Hamilton (Getty Images)

Ardern: “As I understand, this has been because we’ve got a specific group of individuals in that region that we are vaccinating at the moment, who are not in New Zealand long term.” Bloomfield: “If someone doesn’t have an NHI number, the process of allocating someone an NHI number can be expedited by someone having identification…and my understanding, in this case, this is what was being sought. It was certainly no intention, in my understanding, to single out any particular group.”

So does this mean that the Bay of Plenty DHB was wrong? If so, why not state it? Their excuses just don’t cut it. Will the other 5% (250,000) of New Zealanders without NHI numbers, including white New Zealanders, be asked for their passports when they present for their shots?

Obviously the DHB had realised that something was wrong quite apart from the fact that their actions may have transgressed health and privacy codes, including their own. They apologised “unreservedly” to the Pacific community on Sunday night “for the distress and hurt caused”, noting that requesting passports was not its policy, nor a requirement, and that it was “deeply disappointed” this had happened.

So, who exactly stuffed up and why? And how can we ensure that this will not happen again? Well, it did happen again. Just yesterday the Lakes DHB apologised after a Pacific person was asked for identification at their vaccination appointment.

In short, a racist act is committed by a local DHB; pain and suffering is inflicted on Pacific people; the DHB realises and unreservedly apologises; the Ministry of Health’s policy places the DHB in the wrong; and yet Ardern and Bloomfield provide excuses for them. What about Ardern and the government’s commitment that “everyone in New Zealand to be treated with dignity and respect and…that all individuals are guaranteed their rights without distinction of any kind” as promised in Ardern’s apology for the dawn raids, only a month ago today? 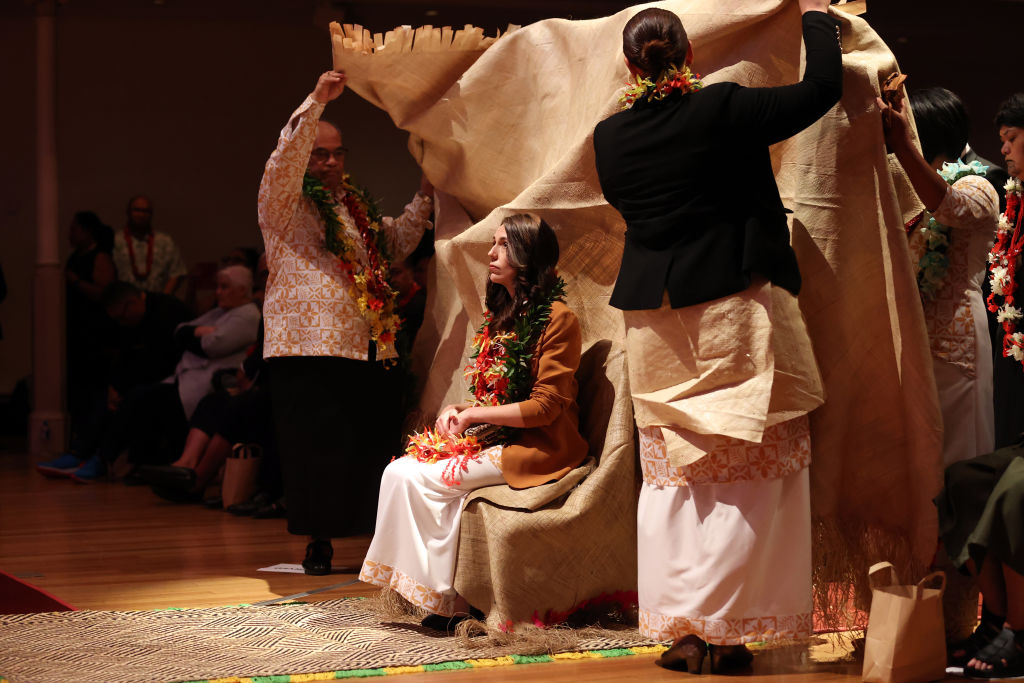 This isn’t the first issue of racism within the Bay of Plenty DHB since the pandemic began. In July the DHB distributed pamphlets featuring culturally ignorant illustrations. They apologised that time as well and vowed never to do it again. When both of these blunders are appropriately reviewed and investigated the truth will be revealed. Statistics don’t lie. We Panthers recognise institutional racism and systemic injustice in the individual actions and policy of the DHB itself, and history teaches us to be highly suspicious of claims that there is no racist intent

As Panthers we recognise these confusions very well. We experienced them in the 1970s during the terror of the dawn raids and “random checks” – only instead of the deliberate confusions between the government of the day, back then it was the Ministry of Immigration and police denying and purporting to clearing up misunderstandings. Today’s confusion is between the government, Ministry of Health, and the Bay of Plenty DHB. But the most insidious similarity between both scenarios, still, after 50 years, are the innocents – ethnic Pacific Islanders who get caught up in the middle and become victims of these confusions. Innocent workers who are invited to this country to meet labour shortages, and then when there is a global crisis, become the first victims of systemic racism. Sound familiar? This has to stop.

The power of confusion is that it hides, obfuscates, and deflects attention away from the persistence of systemic racism present not only in our health system, but across the whole public sector. This vaccination debacle and inequities that stem from direct and indirect systemic racism continues to exist, fuelled by multi-levelled confusion. It’s time we took a closer look at what might be regarded by governments and their agencies as the trustworthiness of public sector social services for Pacific and other ethnic minorities. Ardern’s exhortation, as part of her dawn raids apology, for the government to stay strong in its commitment to “eliminating racism in all its forms in Aotearoa New Zealand and affording everyone the right to be treated humanely and with respect for their dignity” is apparently falling on deaf ears. But we need to call it out, loud and strong.