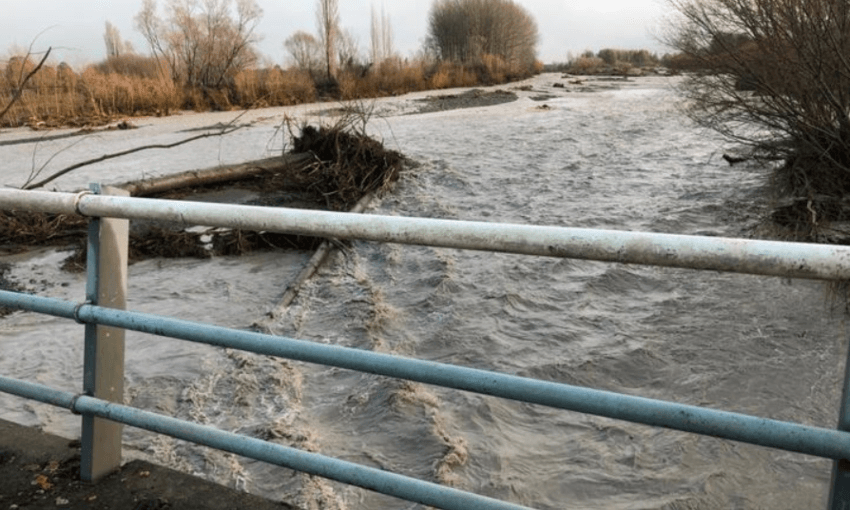 The Bulletin: Cleaning up the Canterbury floods

Good morning and welcome to The Bulletin. In today’s edition: Cleaning up the Canterbury floods, walking and cycling harbour crossing coming in Auckland, and plans underway to get New Zealanders back from Melbourne.

Huge news for Auckland’s transport system: A second harbour crossing will be built for pedestrians and cyclists. The NZ Herald’s Simon Wilson reports that’ll be announced by transport minister Michael Wood today, and will sit next to the existing bridge. The cost is estimated around $685 million, and it is expected to take about five years to construct. It could strike a significant blow against Auckland’s transport emissions, which are currently projected to grow, and constitute a major part of the city’s contribution to climate change. In the interim, Wood has asked Waka Kotahi to look into how walking and cycling options could be added to the existing bridge.

Plans are being considered to get New Zealanders stuck in Melbourne back home, after the travel bubble with the city was paused for another week. Newshub reports Covid-19 minister Chris Hipkins said he wanted to start giving people in that situation some certainty about when they’d be able to return, in the form of “carefully managed green flights”. Those flights will be limited to just citizens and residents, with a few exceptions for critical workers and for humanitarian reasons. Flyers will also need to return negative tests in the 72 hours before departure.

The government looks likely to block a National bill that would increase second language education in schools.Stuff’s report contains suggestions that the government agreed that bringing in more education of other second languages would devalue te reo Māori. Labour select committee members said in their report they agreed with more second language teaching, but this bill isn’t the way to do it. National’s education spokesperson Paul Goldsmith accused Labour of hypocrisy in celebrating other languages without prioritising them being taught. A reminder – no firm decisions have been made by Labour yet, so we’ll have to wait and see how they vote.

NZ Post boss David Walsh says the pandemic has pushed the organisation towards becoming more like a delivery business, reports Radio NZ. The comments came after the release of their annual report on e-commerce trends, which show huge growth in online shopping over the last year. As a result, NZ Post is investing heavily in this part of the market – though that may not bring much joy to those who still prefer to do their business in a branch.

A new series worth keeping an eye on, about the culture of political donations in New Zealand: Writing for Newsroom, Peter McKenzie has started by looking at so-called “dark money”, in which parties obscure the source of donations through “lawful but problematic means”. Given how many parties and politicians are currently being investigated by the Serious Fraud Office for their donations, it’s a particularly timely issue to note.

The Electoral Commission has called for laws around election-delaying emergencies to be updated, during an appearance in front of the justice select committee. I wrote a report on their call, which draws heavily on the experience of running the election last year, amid a pandemic and a month-long delay. One interesting point – the current laws are more reflective of a First Past the Post environment, in which (for eg) an earthquake would have a highly disruptive but localised effect. But the emergency last year was of a very different nature, and under MMP it makes more sense for every party vote to be cast in the same period. The spy agencies and Facebook both also appeared before the committee.

A correction: Meng Foon, accomplished though he is, is not the police commissioner, as I incorrectly said yesterday. The story was about policing so I had them on the brain, but he is in fact the race relations commissioner. Apologies to Mr Foon for the error.

Right now on The Spinoff: Mata’afa Keni Lesa suggests 10 Sāmoan words and concepts to help you understand the ongoing political and constitutional crisis in the country. Claudia McHardy has a very strong piece about how we treat those deported by Australia when they’re back in NZ. Bernard Hickey looks at the coming clash on cryptocurrencies. Ollie Neas looks at the Artemis Accords, and how it could pave the way for the privatisation of space. Sam Brooks looks at two fun new shows on Māori TV he reckons more people should watch. And Tara Ward ranks the incredible collection of waistcoats worn by DS Arnott in Line of Duty.

For a feature today, a comprehensive examination of resource extraction from the Pacific. I realise that’s quite a dry sell, but the heart of the issue is that economically poor countries are facing serious environmental consequences so that other countries and foreign companies can enrich themselves. Here’s an excerpt from the interactive piece on the Guardian.

In Solomon Islands, a bauxite mine on Rennell Island has been the cause of catastrophic spills of oil and bauxite into the island’s fishing grounds, endangering a World Heritage site – while enjoying multi-million dollar tax exemptions granted by the country’s government.

And the island of Nauru once had one of the highest per-capita incomes in the world because of a booming phosphate mining industry in the 1970s and 80s. But the mismanagement of hundreds of millions in royalties caused the near-collapse of the country’s economy, fuelling a series of financial crises and ongoing political instability. Nearly 80% of the country’s small landmass is unliveable, having been stripmined by foreign multinationals.

A disappointing day of test cricket for Devon Conway, who was dismissed by England. Just kidding, he scored 200 on debut. As Radio NZ reports, he was the last man out after spending New Zealand’s entire innings at the crease. The eventual team score of 378 should be highly competitive, but there might be some concern in the camp about a batting collapse after Henry Nicholls got out for 61. England have fought back well in their turn to bat, finishing the day on 111/2.