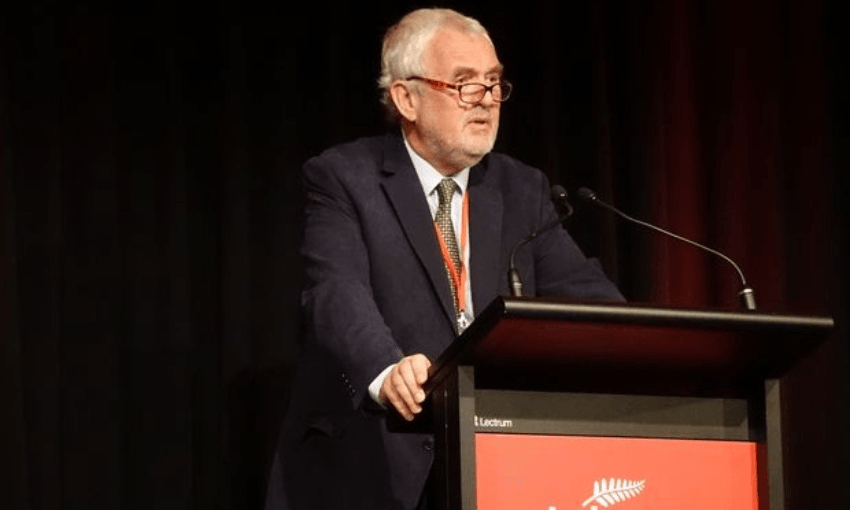 The Bulletin: Harrowing allegations against Labour and staffer revealed

Good morning, and welcome to The Bulletin. In today’s edition: The Bulletin: Harrowing allegations against Labour and staffer revealed, solo mums on benefit facing terrible choices, and millions put towards Northland rail upgrade.

A woman who says she was subject of a sustained sexual assault by a Labour staffer has for the first time described the harrowing events and the botched internal investigation which followed. The Spinoff’s Alex Casey spoke to the complainant multiple times over the course of an exhaustive investigation into the allegations, and what came afterwards. The staffer is understood to still be working in the leader’s office in Bowen House, after a party inquiry recommended no disciplinary action be taken – an appeal is now under way.

The woman in question was not involved in the approach to National MP Paula Bennett, who earlier this year brought allegations against the staffer into the public domain. Up until now, the reporting on the issue has focused on the process, and it is worth stressing that the Labour party strongly dispute that any of the complainants alleged they had been sexually abused. In this story, the woman has outlined exactly what the allegations are, and why she says it isn’t safe for the staffer to continue to be involved with Labour party events. Suffice to say, the story is extremely distressing, and reader discretion is advised. Read the full story here.

The issue of life on welfare is worth sustained coverage on, and Radio NZ’s Sarah Robson has put together an important feature to read. Two years into a term in which the coalition promised to overhaul welfare and lift beneficiaries out of poverty, solo mums are still really struggling. There have been a few changes (the key word there being ‘few’) but the women Robson spoke to say they’re still having to make impossible choices.

Almost $100 million in provincial growth fund money will be put towards improvements to the rail line between West Auckland suburb Swanson and Whangarei, reports Interest. It’s seen by ministers Winston Peters and Shane Jones as essential to keep rail to Northland alive, which will have economic benefits for the region. As well as that, it also won’t hurt their argument that some Ports of Auckland operations should be shifted north to Whangarei, if there’s better infrastructure in place to support that.

An interesting example of behaviour change in the area of paid parental leave: Newshub reports that ever since ANZ Bank started doing 26 weeks, they’ve noticed more new dads are choosing to take it up as well. They say they’ve also noticed it has helped with staff retention.

Electorate boundary changes could be coming soon, and the ODT’s Mike Houlahan has analysed what that could mean for Otago and Southland. Some of the electorates down there are fascinating – for example, glitzy Queenstown sharing an MP with gritty Balclutha – and with population shuffles new scenarios could be thrown up. Putting aside the dud census, whatever gets recommended by the Representation Commission could have fascinating political implications.

Auckland Transport has adopted the so-called ‘Vision Zero’ safety plan for roads, but it hasn’t triggered any increase in funding for cycleways. The absurdity of that is laid out in this excellent piece by the NZ Herald’s Simon Wilson, who forensically breaks down which road users face the biggest risks, and why more cycle lanes would make such a difference. It’s an excellent example of a journalist going beyond something nice sounding and aspirational, and asking tough questions about what is being done in practice.

Right now on The Spinoff: Duncan Greive wrote a really buzzy and interesting piece about an oddly and brilliantly rough print ad. Illustrator Toby Morris has analysed some of the good, bad and very bad election hoardings up around the country. Don Rowe has written about the need to rebuild from the rubble of the failed war on drugs. I had a night out at a bizarrely pleasant and uplifting local election candidate forum.

Also today only, we’re going to have a reality TV section in this bit, because what a weird weekend for fans of The Block. Tara Ward has recapped the finale, which has shocking implications for the Auckland property market. Tara Ward again has made a whole lot of suggestions as to how the show could lift itself again, after a humdrum season. And Tara Ward again introduces the cast of the already pretty gross Married at First Sight, which has started their season mired in ugly controversies.

For a feature today, a really interesting exploration of the question of responsibility for rubble in the Christchurch city centre. Stuff’s Charlie Gates has had a look at the dozens of derelict buildings, and still empty land around the city, left over from when it was hammered by the earthquakes. Someone absolutely has to do something about them, but the question is – who? Here’s an excerpt:

“We should increase rates on undeveloped land in the inner city,” he said.

“If you ramp up the rates it requires developers to develop the land or sell it. You increase the rates to a point where it becomes uneconomical for a developer to do nothing.”

Serena Williams has been taken down by a teenager in the US Open final. Radio NZ reports Canada’s Bianca Andreescu beat her in straight sets, going on to win just the 4th major tournament she had competed in. For Williams, it leaves her still stranded on 23 grand slam wins, still one behind record holder Margaret Court.

The Ashes are gone for England. After another test match utterly dominated by Steve Smith (he scored a casual 293 runs across two bats, no big deal) England have failed to produce a second miracle chase in succession, crumbling in the final innings to fall behind 2-1 in the series. That means that Australia will retain the urn with a game to play, a remarkable achievement given how many were writing off their chances before the series.

Finally, an interesting training squad selection from Silver Ferns coach Noeline Taurua for the upcoming Constellation Cup. Stuff reports both Maria Folau and Laura Langman have been picked, despite retirement being widely considered as not too far away for both. The pair are among 11 World Cup winning Silver Ferns in line for the series against Australia, which not so long ago would have felt like a futile, one-sided contest, but after the World Cup looks nicely balanced again.