Good morning and welcome to The Bulletin. In today’s edition: Queenstown mayor calls for more taxpayer support, rent going up for military families, and Air NZ bosses front up at parliament.

Last week we got a sense of the overall economic picture for the country, and today it’s worth taking a closer look at one particular place. Queenstown is something of a microcosm of the rough side of Covid-19’s economic effects. It was a hotspot of international tourism before all this, with almost a million people coming through each year, and the long term closure of the border is creating real fear for the future.

Two reports bouncing off concerns from the mayor hit the headlines this week. The ODT discussed how mayor Jim Boult fears that by the time the borders do reopen, Queenstown’s business scene won’t exist any more. “If things carry on the way they are going, we are going to have boarded-up shops, closed restaurants and inactive tourism businesses, and when tourists do finally come back, we are not going to have anything to sell them,” he said. Boult followed up with comments to Stuff, about specific businesses closing their doors. His message is to the government – that Queenstown contributed a lot to the country’s economy during the boom years, and now needs additional support to survive the bust.

But perhaps what Queenstown is going through isn’t so much a death, as a transition from one economic model to another. That comes from this fascinating report on Crux by journalist Isobel Ewing, who has covered the areas of the economy that are thriving. Among them – co-working spaces for entrepreneurs are booming, and companies that are well set up for remote working are seeing staff move there. Some tourism businesses are also getting through by recognising that their potential market has changed. A skydiving business cut their prices when the pandemic first hit, in a bid to entice domestic tourists. They’ve kept the prices down ever since, but the key point is that no staff have been laid off.

This paraphrase (not a direct quote) from the chair of the council’s recovery group gives an indication of where things might be heading – “like the region’s early gold mining sector, tourism could also be viewed as extractive, and a sustainable future relies on a move to a lower carbon economy and supporting regenerative initiatives.” It’s no secret that many people living in Queenstown came to feel tourism had gone too far – not to mention the whopping cost of living. The town may come out of Covid with a better quality of life than it had going in. But even if that better tomorrow comes, getting there will be incredibly difficult. The ODT reported this week on a survey that showed demand for mental health services has increased significantly in the region, which has been attributed in part to the economic hit.

The rent is going up for families in military houses, amid concerns that the housing stock isn’t fit for purpose. Stuff’s Maxine Jacobs has spoken to a military spouse who said their kids get sick every year with respiratory illnesses, and blames the quality of the housing for it. The reason for the rent rise is down to negotiations with IRD, and the actual price will still be below market rent. However, some families are facing losing more than $100 a week as a result.

Air NZ’s bosses fronted up at parliament yesterday, though the extent of their contracts with the militaries of other countries isn’t much clearer. Radio NZ reports current CEO Greg Foran was able to confirm that the company does work on behalf of the NZ, Australian and US militaries, but had previously said there were “about 10-20 contracts still ongoing in regards to engines for militaries, involving about five or six countries”. Former boss, now MP Chris Luxon has admitted it was a mistake to not have a process in place by which the CEO would be across all military contracts – he claims to have been unaware of the Saudi deal when it happened in 2019. Meanwhile, some of the timeline of how Air NZ responded to media enquiries earlier this year has been revealed by One News – Foran has denied that there was any sort of attempted cover-up.

Economic development minister Stuart Nash is yet to approve a controversial Rocket Lab launch, reports Ollie Neas in this follow-up for The Spinoff. In fact, he is yet to even receive an application, for the launch that is ostensibly taking place next month. He said once that comes in, he will consider it based on advice from officials.

Finally some slightly better news for the residents of Waikouaiti and Karitane in Otago: Newshub reports tests have started coming back showing normal levels of lead in people’s bodies, after high levels of lead were found in the water supply. 32 blood tests have now returned normal results, though there are still more to be processed.

International student numbers might be down, but polytechs are reporting a surge in domestic enrolments. Radio NZ reports Manukau Institute of Technology is seeing 70% more new students compared to last year, and Wintec is up 23%, with room for that to go higher. Among the new students are both school leavers and those changing careers, and courses in trades and health are proving popular.

Emirates Team New Zealand has been sending out pitch documents to find a new host city if they hold onto the America’s Cup, reports the NZ Herald’s (paywalled) Caroline Meng-Yee. The syndicate commissioned a major sports consultancy in London to run a global search, for a successful bidder who will pay the right “hosting fee”. If you’re a fan of ETNZ, don’t feel too betrayed by this – Auckland is still apparently “in contention” and has not explicitly been ruled out. Of course, ETNZ has always been exceptionally skilled at shaking down the government for more public funding, so perhaps someone at MBIE will come up with the right number to make them stay.

A quick correction: There was a wrong link in yesterday’s Bulletin, regarding the Māori role in the replacement of the RMA. It should have gone to this article on Te Ao News. 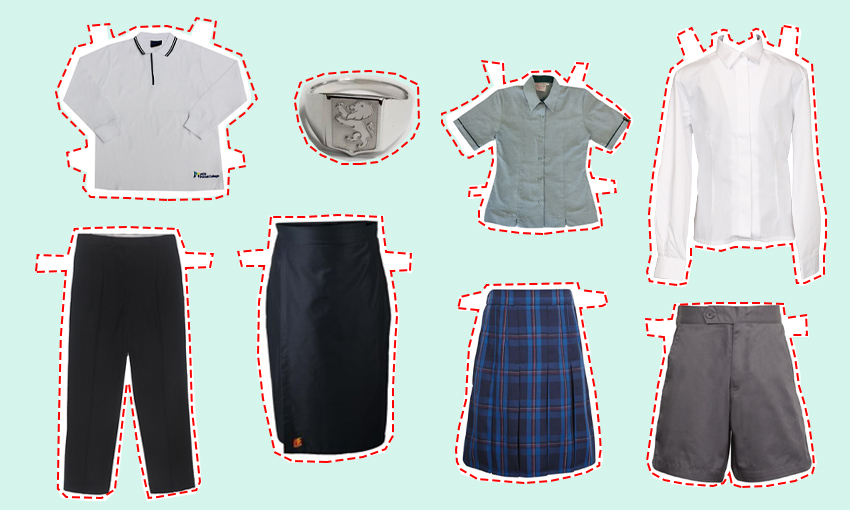 Right now on The Spinoff: Justin Giovannetti wraps the five biggest things parliament worked on in their first week back. Michael Andrew highlights the numbers that tell the biggest stories about the out of control housing market. Jihee Junn writes a comprehensive history of Jake Millar’s Unfiltered empire. Nancy Harris writes about the surrealness of being out of the country with her stage show about to open here. Madeleine Chapman writes about the mental strength needed to go there and back with swimming the Cook Strait. Metiria Turei writes about ties in parliament, and how the concept of ‘business attire’ is code for Pākehā symbols of authority. And Janaye Henry has put in an astonishing shift to rank and review all of Auckland’s High School uniforms.

For a feature today, a piece of writing that will stick with me for a long time. The latest issue of Wired magazine is devoted to presenting the first four chapters of a novel, that depicts a hypothetical but all too real scenario for how the world might descend into the next Great Power war. Part One can be read here, opening from the point of view of a naval commander conducting the sort of exercise that happens at the moment. Here’s an excerpt:

Her small flotilla was twelve nautical miles off Mischief Reef in the long-disputed Spratly Islands on a euphemistically titled freedom-of-navigation patrol. She hated that term. Like so much in military life it was designed to belie the truth of their mission, which was a provocation, plain and simple.

These were indisputably international waters, at least according to established conventions of maritime law, but the People’s Republic of China claimed them as territorial seas. Passing through the much-disputed Spratlys with her flotilla was the legal equivalent of driving doughnuts into your neighbor’s prized front lawn after he moves his fence a little too far onto your property. And the Chinese had been doing that for decades now, moving the fence a little further, a little further, and a little further still, until they would claim the entire South Pacific.

In sport, I saw the future of New Zealand spin bowling yesterday. Well, that might be a bit premature, but 16 year old Aucklander Fran Jones has some remarkable talent. Watching from the cover-point boundary during the Hearts’ semifinal against the Wellington Blaze, it was clear Jonas already has impeccable control of her length and flight, and threatened to destroy Wellington’s innings with the wickets of openers Sophie Devine and Maddy Green. As it happened, the other future of New Zealand spin bowling Amelia Kerr starred with the bat for the Blaze, leading them to a hefty total of 150, which was then comfortably defended. Both have been named for the White Ferns this summer, so here’s hoping spin-friendly pitches get served up.

Both Super Smash finals will be played this Saturday. The Blaze will play the Canterbury Magicians, funnily enough at the Basin Reserve despite qualifying lower. Meanwhile in the men’s competition, the Wellington Firebirds will host the Canterbury Kings, who came through their semifinal thanks to an almighty choke from the Central Stags.