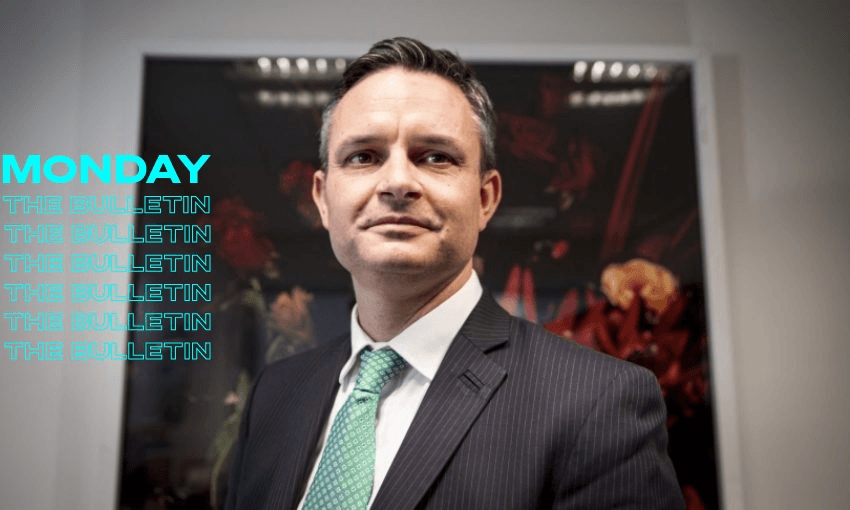 The government will announce its plan to reduce emissions today. It’s expected to be high level, with an alignment required between what we say and what we do, writes Anna Rawhiti-Connell in The Bulletin.

It’s been nearly five years since prime minister Jacinda Ardern said that “climate change is my generation’s nuclear-free moment”. Today the government will reveal what measures will be taken to reduce emissions to ensure we don’t exceed the limits set out in the carbon budgets released last week. The prime minister won’t be there because she’s isolating with Covid. Claire Trevett writes (paywalled) that it’s a moment she won’t want to be missing. Deputy prime minister Grant Robertson will front instead, alongside climate change minister James Shaw.

I have always struggled a bit with that nuclear free moment statement. I understand its oratorical power – conjuring David Lange’s famous fighting words in 1985 in defense of banning nuclear powered ships from our waters in 1984. But most of us didn’t have to do much to bring the nuclear-free policy into effect. It was a source of national pride, just like “clean, green New Zealand”, but as we’ve lagged on climate change action (with New Zealanders split on whether they’re embarrassed by our climate action to date) the power of evoking parochial pride has waned. Describing the possible impact of today, Stuff’s political editor Luke Malpass draws on the eighties epoch that introduced radical social and economic reforms, saying it could “herald the biggest set of changes in New Zealand since Rogernomics.”

“The collective effort of every part of Aotearoa”

Today’s announcement will lay out pathways and perhaps some details about how we’ll meet our net zero carbon emissions target by 2050. These will have implications for all of us. As James Shaw wrote in the emissions reduction plan discussion document in October 2021: “The final emissions reduction plan needs to pull together the collective effort of every part of Aotearoa. It needs to set out future policy and regulatory change, but also the action that can be taken in every business, every town and city, and every community.”

What we say versus what we do

Unlike the nuclear free policy, today’s announcement will impact domestic policy. It will mean change and closing the gap between rhetoric and action. This piece from Olivia Wannan perfectly demonstrates the political and social difficulties in that. While most of us say we want more action on climate change, we’re less likely to say we won’t drive petrol cars as much. Tomorrow’s plan may contain carrots in the form of further public transport subsidies. The NZ Herald’s Jamie Morton writes that commentators expect transport to be more affected by today’s plan than other sectors. Speaking to Newstalk’s Heather du Plessis-Allan, Rod Oram thinks it will be high level stuff, with more work to be done to put “flesh on the bones”. The extent to which we’re prepared to embrace a few sticks will depend on how constructive and muscular our debate is after today’s announcement and how willing we are to accept change for the sake of long term gain.